Revolut warned its users that XRP could become useless

Revolut issued a notice informing it’s users that XRP, once the third-biggest cryptocurrency by market value, could become useless.

This warning comes after SEC file a lawsuit against the blockchain Ripple for conducting a 1.3 billion unregistered securities offering.

Since then, value of XRP dropped considerably in the recent weeks after the announcement. This cryptocurrency, which moves in parallel with bitcoin, skyrocketed last November to new ATH since 2018, along with other cryptocurrencies.  However, after the lawsuit, it has lost more than half of the value, while the value of bitcoin, last Sunday (January, 3rd), hit a new ATH reaching a value of $34,600, just in the same day the prime cryptocurrency marked its 12th anniversary.

In a note sent to customers, Revolut warned them that was still possible to buy andsell XRP on its platform, but other exchanges already started to delist and suspend this cryptocurrency.

Revolut also said, that the price of XRP was at the moment volatile and that if one of its partner exchanges were to decide to delist the currency, it might have to follow suit.

“We might also have to halt trading with very little notice if the liquidity on our partner exchanges drops and we can no longer buy or sell XRP. This would mean you might not be able to sell your XRP balance and could be stuck with a holding for which the price could drop to zero, in a worst-case scenario,” Revolut said.

The company, which has of September 2020 reached 12 million customers Worldwide, said it will continue to monitor the situation with Ripple and the responses taken by its partner exchanges, acting accordingly.

The fintech, at the moment, doesn’t allow it’s customers to to withdraw their XRP balance to an external wallet however It said that although it would try to give advance notice if it had to suspend the buying and selling of the currency, it might not be able to do so.

“It’s important that you constantly reassess your crypto holdings, specifically XRP, and whether you remain comfortable with the associated risks,” Revolut said. “In particular, it’s a good idea to regularly check your buy and sell orders – including any recurring buys and auto-exchanges that you may have set up – to make sure you are still as happy with them as the time when you set them up.” 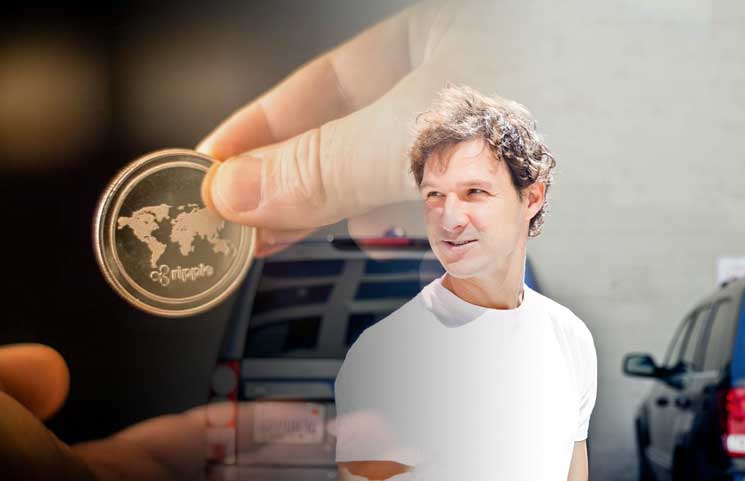 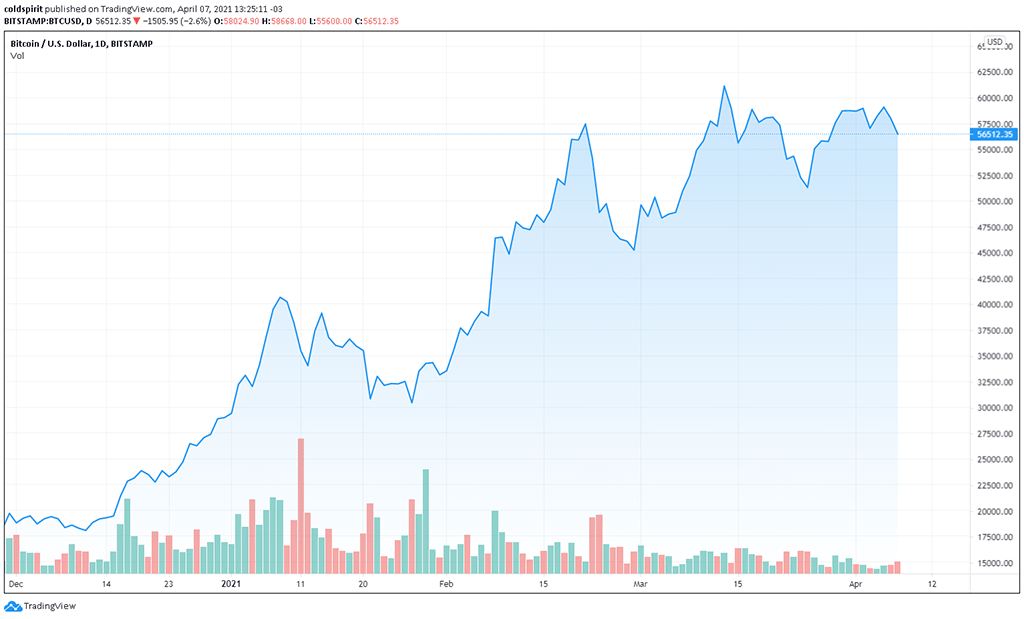 The Bitcoin price falls once more. After a few days of lateralization the Bitcoin market moved more significantly. However, the BTC moved lower, registering losses on Wednesday, April 7.

Tradingview: Cryptocurrencies hurry to break new maximums Another week in which the Cryptocurrencies come close to the tops but seem to lose buying power in the resistance. Bitcoin, Ethereum, XRP are examples, Litecoin, Bitcoin Cash, EOS among others then sought the top. Uncertainty dominates.