Intel invested in Coinbase stock for more than US$800,000 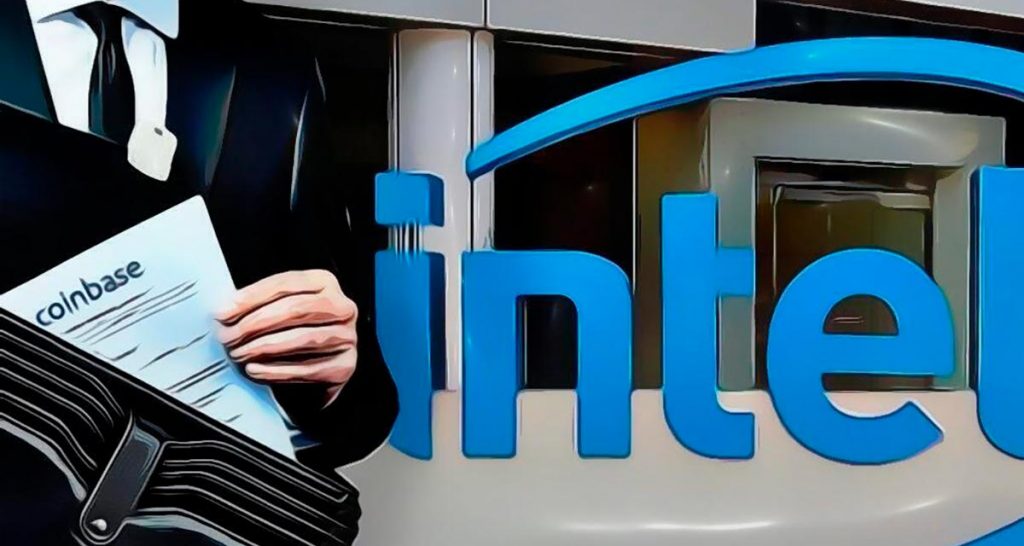 Intel invested in Coinbase Stock, having bought 3,014 shares, which has been listed on Nasdaq since April. Today those shares are worth 803,000, which is an increase of 5% over the original price.

The developer of computer processors, Intel Corp, detailed that it bought shares of the cryptocurrency exchange Coinbase in its financial report for the second quarter of 2021. The total investment was close to 763,446 dollars for the acquisition of 3,014 shares as of March 30. June.

As reported by the Reuters news agency, Intel’s disbursement was made known as part of its report to the United States Securities and Exchange Commission (SEC).

The exchange’s share purchase occurred in the second quarter when Coinbase began its direct listing on the Nasdaq stock exchange. This early support and the fact that it is a low figure for a company like Intel account for what seems like a “symbolic” endorsement.

As of press time, Coinbase shares are trading at US$266.55 each, according to the Nasdaq official site. Therefore, today Intel’s investment would be equivalent to US$803,381.

However, at the time of closing the quarterly report filed with the SEC, each share was trading at approximately US$253.

Coinbase had bumpy months since it went public

As of its direct listing on April 14, the cryptocurrency exchange has experienced important events for its financial future. On the one hand, Goldman Sachs bank, one of the most prestigious in the United States, has been offering its clients the possibility of investing in Coinbase shares since May.

However, he also had bad news. In July, some of its investors sued the company for deceptive attitudes related to its arrival on the stock market. Specifically, the firm led by Brian Armstrong and Fred Ehrsam is accused of resorting to the sale of bonds to acquire financing after opting for a direct listing on Nasdaq.

These decisions are contradictory since the direct listing implies the sale of shares without raising additional capital. Given this, the plaintiffs affirm that the exchange presented false documentation that omitted the need for a capital injection to continue its operations in the face of the constant increase in users.

Intel Corporation is an American multinational corporation and technology company headquartered in Santa Clara, California, in Silicon Valley. It is the world’s largest semiconductor chip manufacturer by revenue and is the developer of the x86 series of microprocessors, the processors found in most personal computers (PCs).

Intel was founded on July 18, 1968, by semiconductor pioneers Gordon Moore (of Moore’s law) and Robert Noyce and is associated with the executive leadership and vision of Andrew Grove. The company’s name was conceived as a portmanteau of the words integrated and electronics, with co-founder Noyce, a vital inventor of the integrated circuit (microchip).

The company is named after coinbase transactions, which are unique transactions that introduce cryptocurrency into circulation in proof of work cryptocurrencies. In October 2012, the company launched the services to buy and sell bitcoins through bank transfers.

The “Coinbase Effect” refers to the rise in the price of cryptocurrencies listed for sale on a dominant crypto exchange such as Coinbase in the days after the news becomes public. According to Barron, the effect of getting a cryptocurrency listed on the exchange plays a significant role in what cryptocurrencies gain widespread acceptance.

Read More  As Coinbase files for an IPO, cryptocurrency is aiming for the mainstream

On April 14, 2021, Coinbase went public on the Nasdaq exchange via a direct listing.