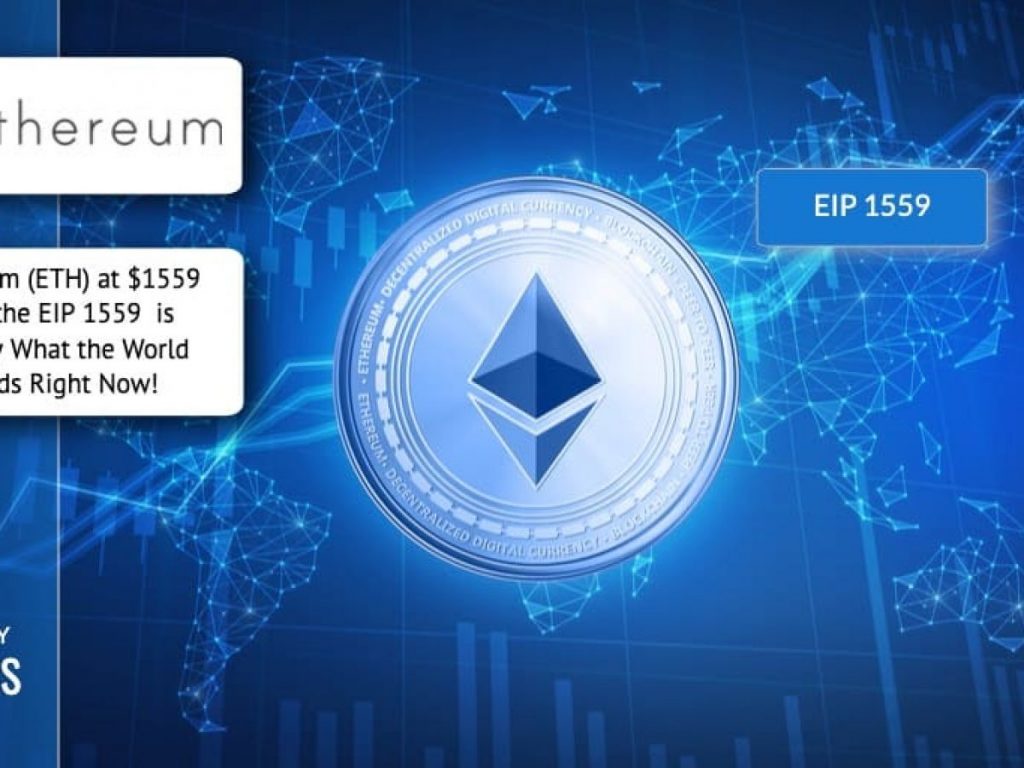 Ethereum EIP-1559, an upgrade to reduce the supply of ethereum, will go live this July. Some think it’ll increase the price of ETH, but many miners aren’t happy about it.

An Eth upgrade that lowers the volatility of transaction fees has been scheduled for Ethereum’s next major hard fork.

The proposal reduces the volatility of transaction fees by burning the fees, paid in ETH, instead of paying miners.

Although miners will lose money, analysts think that the upgrade could pump the price of Ethereum and make it cheaper to use.

The cost of those fees depends on the supply of miners and users’ demand for them. If there’s a bottleneck on the network, miners can charge usurious rates of over $20 per transaction.

EIP-1559 would replace the supply/demand auction-style system in place today with a standard rate across the network. The fee, called “BASE FEE,” would rise when the market is busy and fall when it’s quiet.

The crucial difference is that the fee is set by the network and altered by burning ETH. EIP-1559 means that miners don’t set the rates; the network does. And the transaction fees don’t go to miners; they’re burned.

Tim Ogilvie, CEO of Eth infrastructure firm Staked, told Decrypt that it’s likely to be “positive on the long term price of Ethereum.” Lower and more predictable gas fees, he said, mean that Ethereum isn’t just for the rich, encouraging people to build and use the network.

Ogilvie told Decrypt last month that burning ETH would also increase the price because it makes ETH more scarce. Instead of distributing fees to miners, that ETH is gone for good.

The upgrade is not without its critics. Two of the three largest Ethereum miners are angry that it would dig into their fees, and a further 10 have announced their discontent with the upgrade.

Spark Pool, a mining pool that controls 26% of the hashrate, opposes the upgrade, as does Ethermine.org, which controls 21.8% of Ethereum’s hash rate.

Flexpool, a small Ethereum mining pool that’s against the proposal, said it is like “Instead of giving the waiter a tip, you just burn it in front of him while laughing at him.” F2Pool, which controls 11.4% of the hash rate, supports the EIP.

“I don’t think miners are going to be long-term winners here. I think they’re gonna fight. But I think there are going to be long-term losers,” said Ogilvie. Ethereum 2.0, the long-awaited Ethereum upgrade, transitions the blockchain from a proof-of-work consensus mechanism to a proof-of-stake one. The former rewards miners for processing transactions, the latter rewards people who hold lots of Ethereum.

“I think this is close to existential for a mining business,” said Ogilvie. “And so I think they’re going to take the strongest actions they can. How far are they willing to go? I can’t really predict. But I think I think you’re gonna see them fight extremely hard,” he said.

Tim Beiko, a ConsenSys product manager overseeing the implementation, told Decrypt that there isn’t much standing in the way of its implementation. “Like any other EIPs, if we find a serious vulnerability that could not be fixed in time, we would remove it, but aside from that, it would go into London,” he said.