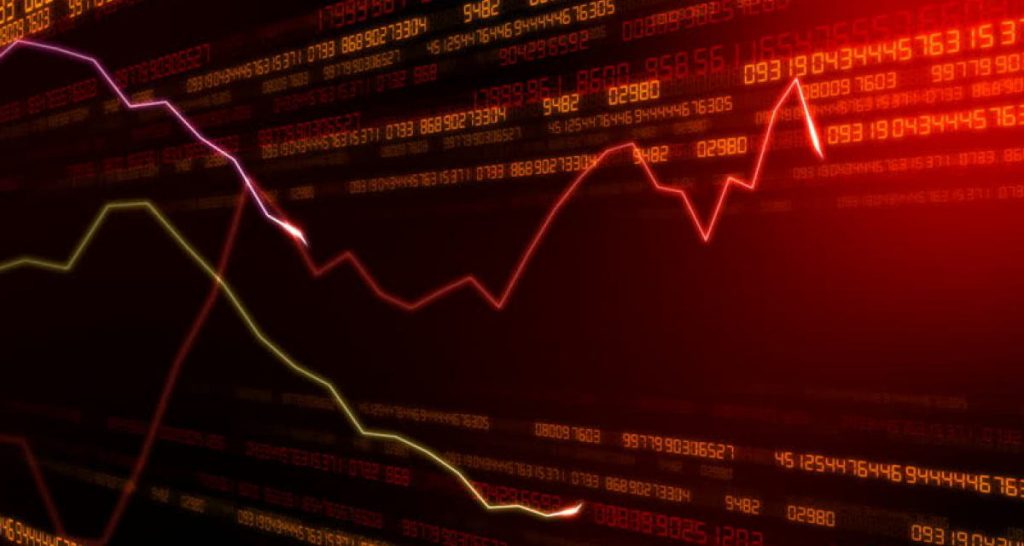 The Cryptocurrency market fell to a local low of USD 1.87 trillion this Monday, September 20, at 12:45 UTC, reflecting an 11% drop in 24 hours. The decline in the total market value of bitcoin (BTC) and cryptocurrencies, which was USD 255,000 million, coincided with the fall in the rest of the markets, which was attributed to the crisis of Evergrande, one of the largest real estate companies from China.

Evergrande would be unable to face several millionaire interest payments due this week on a debt that exceeds US$300,000 million. The fear of the bankruptcy of this firm could drag the real estate sector throughout China and other Asian countries.

In addition to the company’s share price falling 10% on Monday in the Hong Kong markets, the Hang Seng stock index fell 7%. This drop, the largest since 2016, extended hours later to the European and North American markets, including cryptocurrencies.

According to a report by the newspaper El País from Beijing, the markets fear that, if the Chinese government does not intervene, Evergrande’s liquidity problems could precipitate a wave of bankruptcies. This event could drag the financial sector that granted many loans to real estate companies and clients. Evergrande’s debt is equivalent to 2% of China’s Gross Domestic Product (GDP) and is equal in magnitude to the entire South African economy.

The crisis gave signs of its closeness

An analysis by Reuters stated the possibility of a global economic crisis if Evergrande went into default. On that date, Evergrande had notified the most important banks in China that could not meet the payment commitments due this Monday.

Given this scenario, some raised bitcoin as a good store of value to protect themselves. But, as seen, the crypto assets failed to decouple from the stock markets and fell along with them. Something similar happened on the so-called “Black Thursday” of 2020, which was unleashed with the health crisis caused by COVID-19.