5 Known Benefits of EIP-1559 on Ethereum 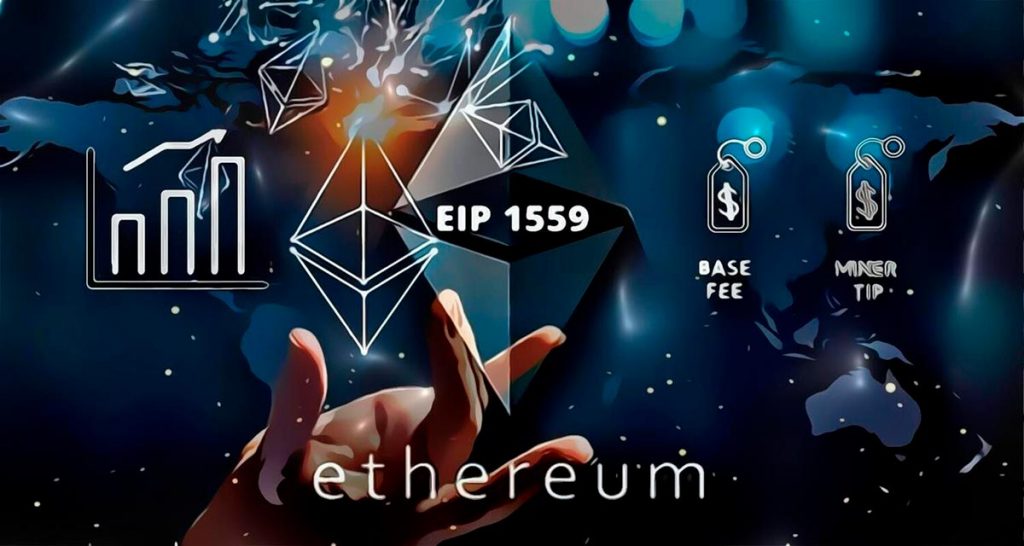 Evan Van Ness was initially opposed to EIP-1559, but later understood its benefits. Security and better user experience are among the collateral benefits of EIP-1559.

With the London hard fork, one of the most anticipated enhancements to Ethereum will be incorporated: EIP-1559.

This improvement proposal changes the commission payment mechanism in this network, which will consist of a basic commission (a part of it will be burned) and a tip for the miners. Many hope that, with its implementation, the gas that is paid in transactions will decrease.

The developer Evan Van Ness, author of the newsletter Week in Ethereum (or, in Spanish, The week in Ethereum ), wrote, days ago, a Twitter thread in which he mentions five non-pecuniary benefits of EIP-1559.

These are five characteristics that, progressively and as a collateral effect, would begin to be observed from this July 21, the date of the London fork, and would also benefit Ethereum users and developers.

The first benefit that Van Ness names in his text, is the expectation of a better user experience on Ethereum.

Anyone who has interacted with decentralized protocols, for example, the Uniswap exchange, knows that setting the gas payment and its limit entails complexities that can make it difficult to use, especially by novice users.

The author of Week in Ethereum acknowledges this and highlights that “with EIP-1559, gas commissions are mostly abstracted away from the user.” As he explains, it will be the purses who will automatically take care of that matter. “All users have to do is pay the base rate,” he adds.

This novelty, according to the specialist’s explanation, will not only benefit users but also decentralized application developers. If everything works as expected, they will no longer have to “deal with so many frustrated users when their transactions get bogged down.”

For the disseminator etherean, the improvement of the user experience thanks to the EIP that will be incorporated with London, is the reason that gives meaning to the existence of this proposal.

As he mentions, it was written by Ethereum co-creator Vitalik Buterin three years ago and was later picked up by developer Eric Conner and lobbied for further development and implementation. “Eric was frustrated that he couldn’t get his friends to use the Ethereum apps,” says Van Ness.

In any case, Evan Van Ness is cautious and clarifies that the correct functioning of the wallets is essential for the user experience to be good.

Some wallets will handle this better than others. Like many wallets these days suck and leave users blaming Ethereum (when it’s the wallet’s fault), there will still be some of that, even with EIP-1559.

Although Van Ness does not mention any particular wallet concerning EIP-1559, he has repeatedly referred to and valued wallets for Ethereum. Of the Metamask browser extension, for example, he has highlighted its security and congratulated its developers for that.

Regarding the most popular hardware wallets, Ledger and Trezor, the developer maintains that they were “created for bitcoin by bitcoiners” and that “they did not keep up over time.”

Instead, the disseminator has recommended Lattice, a hardware wallet developed by the GridPlus company, although he warns that, being new, “it has not yet been battle-tested.” This wallet allows interaction with decentralized applications developed on Ethereum. In addition, it provides support for bitcoin (BTC) .

The rollups in ethereum are scalable solutions. Basically, they consist of “wrapping” various transactions (which can be transfers of ETH or other tokens; or smart contract signatures) and executing them in a second layer. They only settle on the blockchain, as if it were a single transaction when you want to go back to the main network.

This increases the scalability of Ethereum. CriptoNoticias has reported that some rollups, in the testing phase, have supported up to 20 thousand transactions per second. Also, since there is no interaction with the main network and no gas must be paid for each operation, the payment of network commissions is considerably reduced.

Ethereum co-creator Vitalik Buterin is extremely optimistic about these developments and believes they will be critical to the growth of the network :

The rollup s are a new and powerful paradigm scalability layer 2, and are expected to be a cornerstone for scalability ethereum future short and medium-term (and possibly also in the long term). (…) Unlike previous Layer 2 scaling attempts, they can support general purpose Ethereum Virtual Machine code, allowing existing applications to easily migrate.

As Evan Van Ness explains, “the predictable transaction fees [that are incorporated with EIP-1559] will help rollups .”

The specialist cited the EIP-3198, which says that if you see that the base fee is high, it is allowed to extend the period of challenge ( challenge period ) in rollups. This is the name of the time that the transactions must wait before they are finally settled. During that time, a “claim” is executed and must be verified by other operators and presented as a challenge or proof of fraud in case they detect anomalies.

In this way, with rollups (and also applicable to other second layer solutions) the payment of commissions in Ethereum would be further reduced.

Van Ness calls this second benefit of EIP-1559 “a corollary of benefit number 1.” But he says that because of its importance, it deserves to have its own number on the list.

The Ethereum 1559 upgrade proposal would make the network more secure, according to Evan Van Ness. “This seems to be the point everyone misses,” he says.

The author of the Twitter thread specifies that, primarily, this implementation is an important, long-term step against denial of service (DOS) attacks. This is because attacking these characteristics would be more expensive.

Want to spam the chain while shoplifting ETH in hopes of profiting? Well, with the EIP-1559 that’s exponentially more expensive.

Van Ness insists that this is “a huge and little-publicized benefit” of EIP-1559, although he does not deny that considerable progress was made on this issue in the current Berlin stage, before the London hard fork.

Accompany your publication with a link to the Ethereum Foundation blog, more precisely to a publication that refers to this matter. There it is explained that, with Berlin, EIP-2929 was introduced, which increases the cost of gas, under certain conditions, for certain operation codes ( opcodes ) that facilitate this type of attack.

Denial of service attacks is those that, in various ways, manage to make a service or resource on a network or computer system inaccessible to legitimate users.

Benefit 4: EIP-1559 encourages the adoption of second layers in Ethereum

For Evan Van Ness, “the EIP-1559 breaks the economic abstraction, and this will encourage the adoption of layer 2”.

With this, as explained by the specialist, he means that “at this moment the mining pools make their payments to the miners at a zero gas price.” When EIP-1559 is implemented, however, “they will have to burn half the base rate, so they will not do this.”

According to Van Ness, the fact that they need to use gas for paying its miners would cause the pools mining (and also pools of staking in ethereum 2.0), from being encouraged to use solutions second layer, in the best cases or, failing that, side chains.

If this were to occur, a mainnet decongestion could be expected, which would benefit all Ethereum users.

To understand this benefit of EIP-1559 mentioned by Van Ness, it is necessary, first, to understand what chain reorganizations are.

In summary, it can be said that a reorganization is what happens when an alternative version of the blockchain achieves greater hashing power than the commonly accepted version. As a consequence of the consensus rules in Ethereum (and the same is applicable for other protocols), the chain with the highest hash rate would automatically replace the original one.

For example, during 2019, the altcoins Ethereum Classic (ETC), Bitcoin Satoshi Vision (BSV), and Bitcoin Cash (BCH) suffered reorganizations of their chains, due to malicious actuation of miners.

In the case of Ethereum Classic, it was reported at the time that “altering the order of the chain could invalidate transactions that were already confirmed by replacing the blocks that contained them. Thus, a miner with sufficient processing power mines alone and imposes a new, longer chain to be followed by the rest of the miners, allowing double-spending with the same currencies by erasing part of the transaction history.

Evan Van Ness explains in his Twitter thread that, on Ethereum, “EIP-1559 alleviates this by changing the relationship between block rewards and transaction fees.”

EIP-1559: “an important and much-needed update on Ethereum”

By way of conclusion, the specialist explains that EIP-1559 is “an important and much-needed update in Ethereum.” He mentions that, at first, he was opposed to this improvement proposal, but later he understood its benefits that exceed the merely pecuniary.

As this information portal has mentioned, many hope that, with this improvement proposal, plus the arrival of Ethereum 2.0, the cryptocurrency will appreciate, among other things, because its supply will become scarcer with the burning of part of the commissions.

Also, many are extremely optimistic about the expected decrease in commissions, which would make the use of the network more accessible.

On the other hand, some people reject or oppose the supposed benefits of this improvement proposal. In this group are many miners who consider this EIP as confiscatory. Such is their opposition that they came to organize protest measures that were not widely called.

Some argue that EIP-1559 will not promote the cheapest commissions in the network which, as has been said, is one of the great expectations around this innovation.

Among these people is Taylor Monahan, founder of wallet provider MyCrypto. She argues: “nothing will change in terms of what users pay for transactions or in terms of reducing complexity for the user.” He adds: “When the price of ether goes up, the transaction fees will also go up dramatically.”

But, after reading the explanation of Van Ness mentioned here, it can be thought that, if his estimates are correct, there would be a decongestion of the network as a collateral effect and, therefore, the base commission would be reduced. This is due, among other factors, to the aforementioned transition of many transactions to layer 2 solutions or Ethereum sidechains.

Don’t believe the straw man arguments like ‘but you said EIP-1559 will bring transaction fees down’ or nonsense like ‘1559 is just about ultrasonic money’. EIP-1559 can [N. del R .: highlighted in original] lower transaction fees through second-order effects.