Altair is the first Ethereum 2.0 Update and is now live 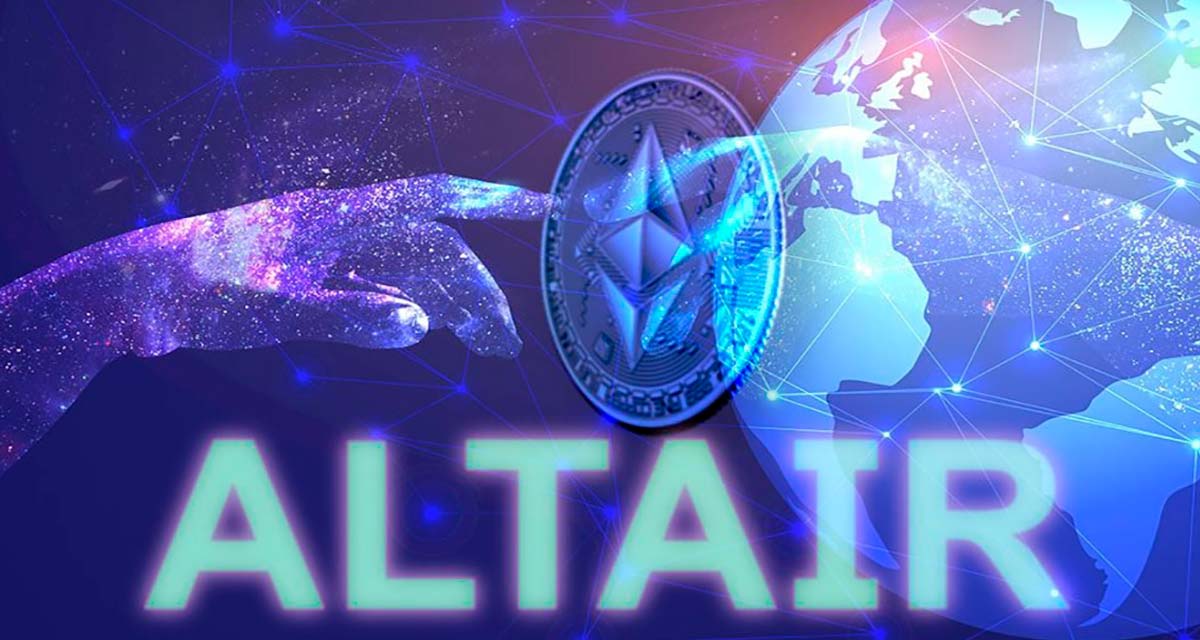 More than 72% of Ethereum nodes have been upgraded to support Altair. Phase 1 of the transition to Ethereum 2.0 is underway.

From this October 27, the first update of the Ethereum 2.0 network, Altair, went live.

This new version of the Beacon Chain Mainnet, as Eth 2.0 is named, is one of the first of a total of 64 shards created to build the new Ethereum 2.0 Blockchain.

This Altair update was scheduled for 10:56:23 am (Pacific time). More precisely, it was expected to occur at the epoch 74240 of the network, as reported on the Ethereum Foundation blog.

As per the information provided by nodewatch.io, 72% of Ethereum nodes have already been upgraded to support Altair.

Read More:  The American University of Paraguay will accept payments in Bitcoin and Ethereum

Among them stand out some modifications related to incentive accounting and punitive parameters for network validators.

In this matter, one more step of phase 1 of the transition to the new Ethereum network, 2.0, which is being created in parallel to the previous blockchain to continue storing information in the process, occurs.

The three phases to the transition to Ethereum 2.0

The way of the Ethereum blockchain to its new version, which will change mining ( proof of work ) for staking or proof of stake ( proof of stake ), pursues several objectives to improve and significantly increase the functionality of the network.

The main phases are scalability, security, storage, and sustainability.

After completing phase 0 in 2020, which included the start-up of the Beacon Chain, phase 1 is now being finalized. This stage consists of creating 64 parallel chains or shard chains with which Ethereum 2.0 will operate, at least at the beginning.

Later, when phase 1.5 arrives, the Ethereum blockchain will merge with Ethereum 2.0 blockchain with each validation method (PoW and PoS methods).

Finally, phase 2.0 will arrive, in which the chains will undergo a final conversion to become connected structures that will support smart contracts, which is the last step of the change to the new blockchain.

Ethereum 2.0 is a restructuring of the world’s smart contracts, Ethereum. Some changes are introduced in the way the network works; among them, some could help the profitability of currency holders, such as proof-of-stake.

The idea is to improve the use of the network, providing scalability and greater ease of development. The main differences from the first version to version 2.0 will be: