A week later after EIP-1559 implementation, some Ethereum blocks are already deflationary 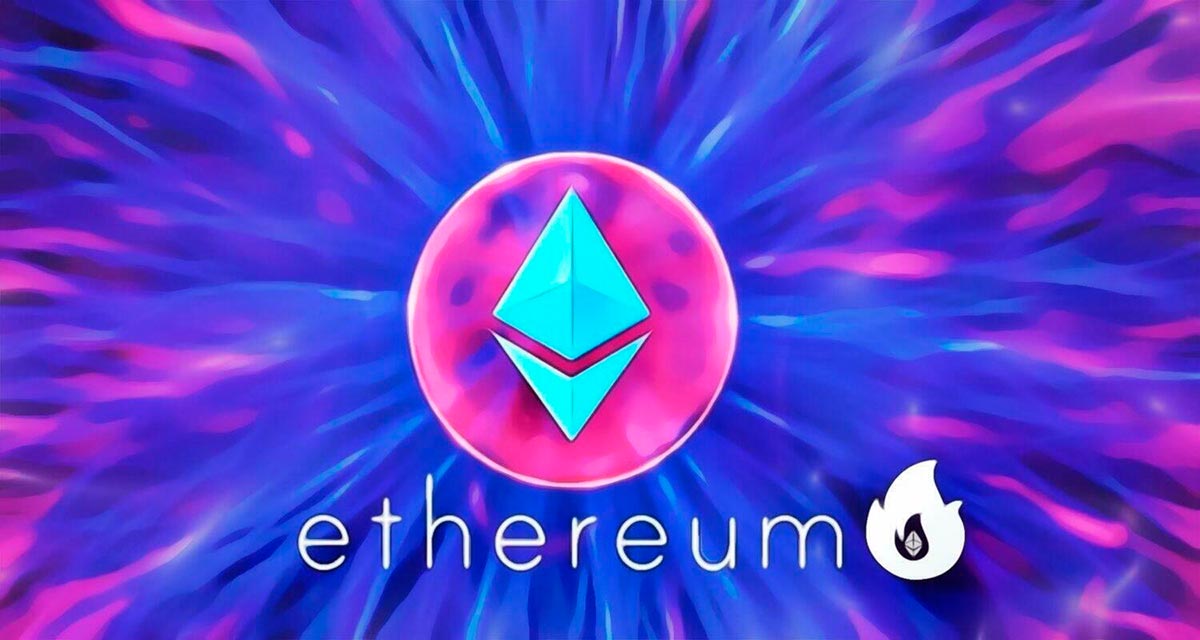 A week after EIP-1559 implementation, along with London Hardfork, ETH burning skyrocketed with the launch of several non-fungible tokens. Ethereum blocks issuing turned negative, days after the London hard fork.

The commission burn is already leading Ethereum to an improvement in the supply economy of ether (ETH), the native cryptocurrency of this network, according to the analysis of Coin Metrics.

In their report, the analysts of this firm evaluate the behavior of the blockchain several days after the London fork was activated on August 5th, with which the EIP-1559 improvement proposal was implemented.

The team observes that since the hard fork’s activation date, some blocks in the network have been deflationary. In fact, token issuance has occasionally become negative, reaching figures of up to -15 ETH per block. All this is a consequence of the recent change made in the rating scheme, which introduced the burning of commissions.

The improvement proposal introduced with London enabled the coexistence in the network of two types of commissions: a base rate required for a transaction to be included in a block (which is then burned); and a “priority rate”, which consists of a voluntary tip paid to miners.

The goal of this scheme is to reduce ETH’s net inflation rate and lower commissions, a result that is estimated to occur in the longer term, as explained in previous Crypto DeFinance articles.

However, according to Coin Metrics statistics, although the amount of ETH issued per block has not been strongly affected by the activation of EIP-1559, the ethers burned so far have achieved that the daily net issuance of tokens is lower.

This occurs because the burning of the base rates is permanently removed from the circulating supply, canceling part of the new supply.

So far, most of the blocks have had a net issuance of between 1 and 2 ETH (there are some blocks with issuance of more than 2 ETH due to the rewards). But there were also some cases where the net issuance per block turned negative.

To support its thesis on improvements in the supply economy, Coin Metrics indicates that the number of commissions burned between August 5 and 9 represented more than 32% of the tokens issued on those days.

The relationship between the ethers emitted and those burned is observed in the following graph:

Coin Metrics points out that among the causes of the low emissions of some ETH blocks are several sales of non-fungible tokens (NFT), carried out during this week. Such sales initially generated a rise in base fees on Ethereum, but the subsequent burning of these commissions contributed to some of the ETH emissions turning negative.

“At 17:00 UTC on Thursday, August 5, the launch of COVID Punks NFT caused gas prices to skyrocket as users rushed to buy NFTs before they were sold out,” analysts say.

NFT’s smart contract was responsible for over 500 ETH burned in the span of about an hour. Net issuance plummeted at 17:00 after the launch of NFT, reaching deflationary levels as low as minus 10 ETH per block.

Something similar happened on August 6, with the launch of the Art Blocks NFTs. The next day, the sale of FLUF World NFT “sent gas prices over 700 GWEI, burning more than 20 ETH in a single block.”

Weekly data indicates that the NFT OpenSea market is the main driver of commission burn, with over 2,100 ETH burned in the first days after the fork; while the NFT Axie Infinity game is responsible for the third-highest amount of ethers burned, after Uniswap V2.

Taking this data into account, Coin Metrics considers that, so far, the effects of EIP-1559 have been favorable, positively influencing both network decongestion and user experience. “While congestion leads to high gas prices and costly transactions, it also leads to the burning of a large amount of ETH, which is positive for the supply economy,” he concludes.

Despite these effects – observed by Coin Metrics in a few days – some members of the ecosystem have expressed their doubts about the immediate effects of the improvement proposal 1559. The idea that the EIP would make the network deflationary has been questioned mainly. in the short term.

As of this writing, a week after the EIP was launched, 37,062 ETH (nearly $ 120 million) have been burned, according to Etherscan figures. Although this amount is significant, it is still low in relation to the 345,000 Eth that was mined on average in these seven days, 10 times more than those that were burned in the same period.

Therefore, it is thought that it will take perhaps more than a year for Ethereum’s operating scheme to be totally deflationary. A fact that will probably be finalized when the network goes from proof of work to proof of stake, with Ethereum 2.0.