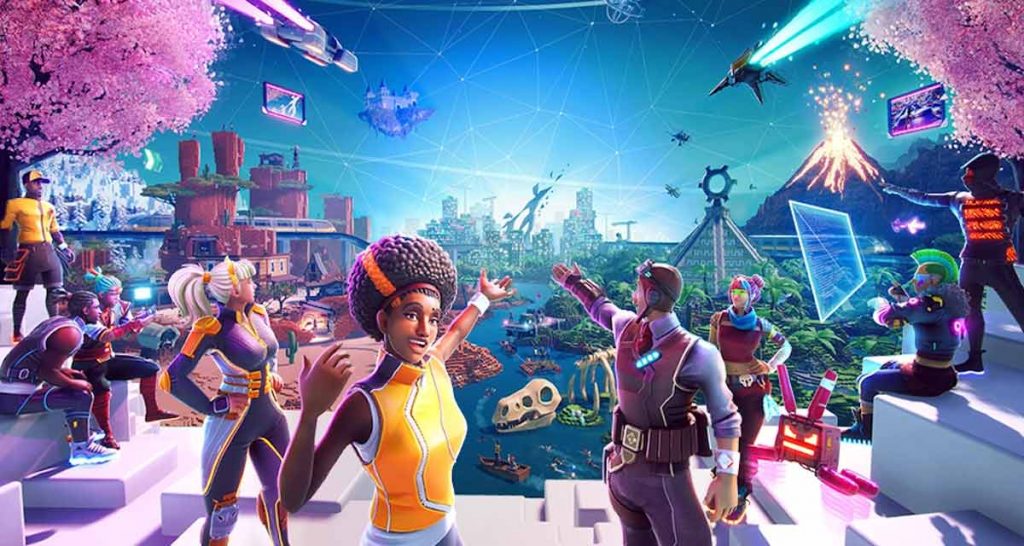 The report from Grayscale emphasized Metaverse-focused games, stating that they could grow to a $400 billion market by 2025.

Grayscale Investments’ November research – titled The Metaverse, Web 3.0 Virtual Cloud Economies – was exclusively devoted to the Metaverse emphasizing the fact this market might rise up to US$ 1 trillion in the following years.

With the concept of Web 3.0 becoming more and more popular, a new area of ​​this technology started to gain prominence: The Metaverse.

Although the term came into fashion because of the recent Facebook announcement, the concept is older than Zuckerberg’s plans.

It has a significant representation within the crypto market, with games like Axie Infinity and other projects that unite the digital and the natural worlds.

According to a report by Grayscale, projects linked to Metaverse may pay off in the future, with some already showing exciting beginnings.

The report emphasized Metaverse-focused games, stating that they could grow to a $400 billion market by 2025.

The report also states that the vast majority of this market growth will come from in-game spending.

It currently involves purchasing items or characters in different Metaverse games or acquiring NFTs inside the game.

Grayscale also indicated that in the third quarter, a total of US$8.2 billion in investments were made in the cryptomarket, of which US$1.8 billion went to Web 3.0 companies or companies related to non-fungible tokens (NFTs).

Investments in applications and games dwarfed NFT, with a value of around $1 billion of the $1.8 billion raised.

“Compared to the $10 billion that companies like Facebook plan to invest, and the amounts that other companies can invest in addition to venture capital firms, Metaverse is still at the beginning of its earnings.”

The study even touched on Decentraland and how projects like it let users engage, govern and earn tokens and receive huge benefits from their online purchases.

According to the report, individuals spend more and more time online, spending more and more money to gain social standing inside these platforms.

Metaverse, especially with Facebook’s recent engagement, has become one of the top sectors attracting the notice of investors seeking the market’s next primary wave for timely investment.

As mentioned at the beginning, the biggest highlights were the Descentraland (Mana) and The Sandbox (SAND) tokens, with weekly gains of 49% and 102%, respectively.

They defined the Metaverse as “interconnected, experimental, 3D virtual worlds where people from anywhere can socialize in real-time to form a consistent, user-controlled Internet economy that spans the physical and digital worlds.”

These changes, of course, are reflected in the prices of native tokens for Metaverse platforms.

And as revealed by the Grayscales research, experts think too about that possibility.