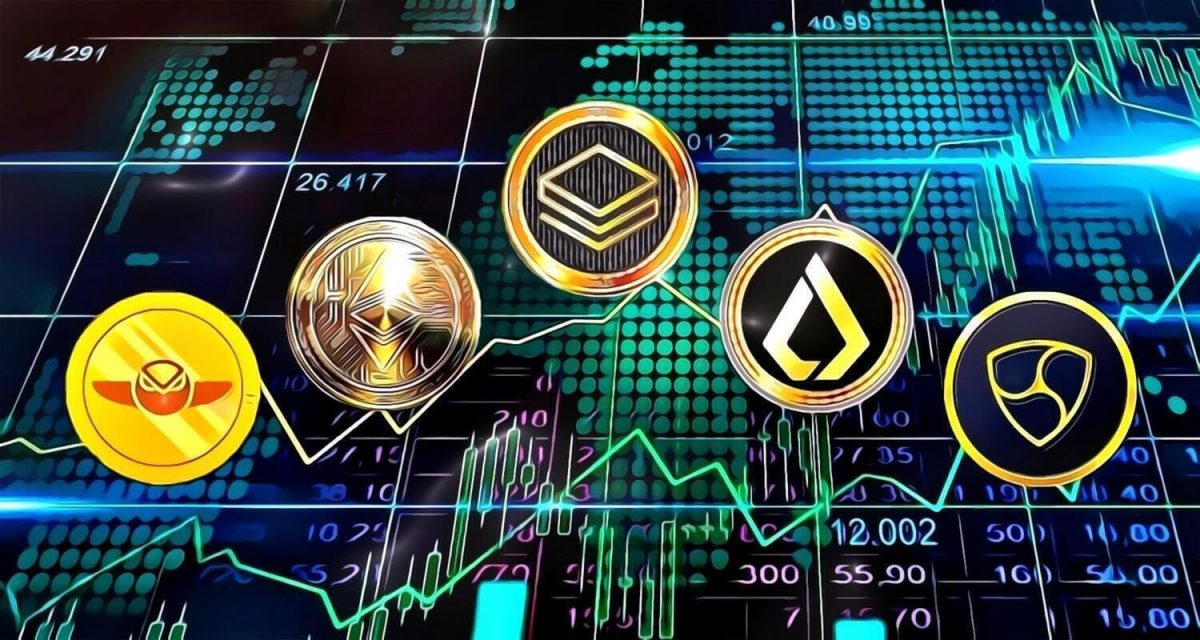 Among the top weekly top 5 cryptocurrencies are Stratis (STRAX) which rises more than 47% after announcing Python developer kit and Lisk rises 46% and prepares to upgrade its testnet while NEM (XEM) rises 28%. Bitcoin still with bearish sign.

From June 27 to July 4, 2021, the cryptocurrency market shows a significant recovery, after the generalized fall of the previous weeks. About 90% of altcoins registered growth that exceeded 47%, according to statistics from Coin Check-Up.

The weekly top is headed by Stratis (STRAX), which launches a new development kit in Python language to incorporate programmers from this community into its chain.

Lisk (LSK) follows, updating its testnet in preparation for migration to its mainnet; and ethereum classic (ETC), which is making preparations for the Magneto hard fork, following in the footsteps of Ethereum.

The top is closed with Gnosis (GNO), listed by a DAO classification firm; and NEM (XEM), which launches a new version of its Symbol server.

For its part, the price of bitcoin (BTC) shows signs of recovery as it remains on an upward trend this week, although it has not exceeded USD 40,000 again. On average, the pioneering cryptocurrency surged 7% in seven days, to trade at $ 35,477 at the time of writing.

In this regard, the analytical firm Coin Metrics evaluates the current cycle of the bitcoin market, through the analysis of several On-Chain indicators.

Among the conclusions, the study affirms that the maximum of the current cycle of bitcoin has not yet been reached, concerning the maximums that the cryptocurrency reached in previous bullish periods (2013 and 2017).

Notable news about this network includes the implementation of the EIP-1559 upgrade proposal, which seeks to reduce fees, on the Ropsten test network. There, the London hard fork has already been carried out, which will soon be activated on the main network.

The prices of other relevant cryptocurrencies by market capitalization are also rising. XRP gained 13%, while Litecoin (LTC) appreciated 14%. Meanwhile, the Polkadot value (DOT) rises by 11%; and Cardano (ADA) advanced by more than 14%.

On June 30, the Stratis blockchain, built with the C # and .NET languages, announced the launch of a new Python development kit (SDK), which will allow developers of this latest programming language to start using the technology of this blockchain.

The news appears to have favorably influenced the price of the native STRAX cryptocurrency, which began a period of steady advance after the announcement, albeit with slight corrections. The value of the cryptocurrency ranged between USD 1.19 and a maximum of USD 1.99, an amount reached on July 3. On average it rose more than 47% in seven days.

«Python is one of the most widely used programming languages ​​in the world. The development of the Python SDK is a vital step for Stratis to expand its reach within the alternative development communities,”

They add that they are committed to continuing the development of the Python SDK, encouraging those who have mastered this language to contribute how and where they can. They plan to extend the functionality to incorporate additional documentation, simplified portfolio management, and personalized smart contract interaction.

READ more:  MicroStrategy adds to its portfolio another $15 million in Bitcoin

The official Stratis repository can be found on GitHub.

At press time, STRAX’s market capitalization is US$232 million and daily trade volume is US$4.3 million.

Lisk runs update on its testnet

According to the information published this July 1 on the Twitter account of the Lisk project, this week an update was made on the testnet ( testnet ) to the Lisk Core 3.0.0 version, which occurred at the height of block 14,075.259.

With it, the team prepares for a mainnet hard fork, with which they hope to introduce substantial changes to the blockchain.

“The testnet is set up to ensure that developers and users can prepare for the migration of Lisk’s mainnet, which will soon be moving to an updated protocol,” reads a company post.

The information was released at the time that the price of LSK, the network’s cryptocurrency, began a sustained rise from 1.91 on June 27, to a peak of 2.93 on July 4. On average he gained more than 46% in these seven days.

The network migration is expected to be the largest within the project to date. Among the improvements is a consensus algorithm that will prevent the blocks from ever being reversed.

Much emphasis has also been placed on polishing the Lisk codebase, improving the end experience for users and developers alike. The project has also started a concerted push to focus on interoperability between blockchains.

In a tweet posted on June 28, the developers of the blockchain Classic ethereum announced an upcoming hard fork or hard fork to implement the latest version of the project. The event is scheduled to launch in late July.

The update, which the community has dubbed “Magneto”, will include the four Enhancement Proposals (EIPs) of the original version of Ethereum that were first incorporated into the hard fork called Berlin, executed on Ethereum in April this year. The proposals seek to improve network security and save on gas costs, by storing addresses and passwords in one place for users to access with a single transaction.

Beta testing on Ethereum Classic’s Morder and Kotti testnets began on June 2 and June 9, respectively. Magneto is scheduled to be officially produced once these tests have been completed.

In this context, the price of ETC has been in constant advance since June 29, reaching a high of $ 62 on June 30. On average, ethereum classic gained 43%.

READ more:  118 years of history will be converted into NFT by a journal in China

As of press time, ETC’s market capitalization is $ 6.68 billion and daily trade volume is $ 3.28 billion.

DeepDAO, a company that analyzes financial and government data on more than 100 decentralized autonomous organizations (DAO), added Gnosis Safe to its list. It is an asset management platform and financial protocols that run on Ethereum.

The firm points out that the choice of Gnosis is because it allows the configuration of autonomous organizations through the use of a modular design, and not as a protocol or a piece of software, as other DAOs do.

In the midst of these announcements, the price of GNO, the cryptocurrency of Gnosis, started a steady growth on June 27. The weekly advance was over 31%, with a maximum of USD 180.8 this July 4.

“With the new additions, the total number of DAOs listed on our platform increases to 116, and the total AUM increases from $ 462.2 million to more than $ 625 million. The number of members or token holders who have voting power in DAOs rises to more than 190,000, ” DeepDAO notes in a blog post.

The current capitalization of GNO is USD 274 million and the daily trade volume is USD 312 million.

The NEM team announces on Twitter the release of an update to its Symbol server, launched last March. For this reason, it invites the owners of nodes on this network to download version 1.0.1.0.

In the download guide for nodes, the NEM team explains that new versions of Symbol’s server will be released periodically as part of network maintenance. Clarifies that the main version to track the Symbol software is the Catapult Server version. This component is used by all the peer nodes, which are located in the second of the 4 layers that make up the blockchain architecture.

It is worth remembering that the new blockchain, launched in March 2021, started from a restructuring process in NEM and tests that date back to 2018, it is executed separately from the original chain. It works simultaneously with the main chain.

Meanwhile, the price of XEM began a sustained rise from the date of the announcement, peaking at $ 0.1370 on July 4. This, after several corrections that have been observed since June 29.

On average the cryptocurrency appreciated by more than 28% in seven days. The market capitalization is USD 1.24 billion and the daily trade volume is USD 63 million.

The market sentiment is turning bearish with some considerations

On a side note, Bitcoin dipped below $30,000 for a bit more than an hour on June 22. While cryptocurrencies are volatile, dipping lower than around valuation, or breaking a well-known support level is known to have a predominantly psychological effect on investors.

That said, Bitcoin has never traded below $30,000 since January 27, meaning that this broke the almost five months-long strike which could negatively affect the Bitcoin price in the short term.

[…] platforms such as Binance, have taken advantage of the rise of NFTs, and recently announced the launch of non-fungible tokens from historical moments of football […]