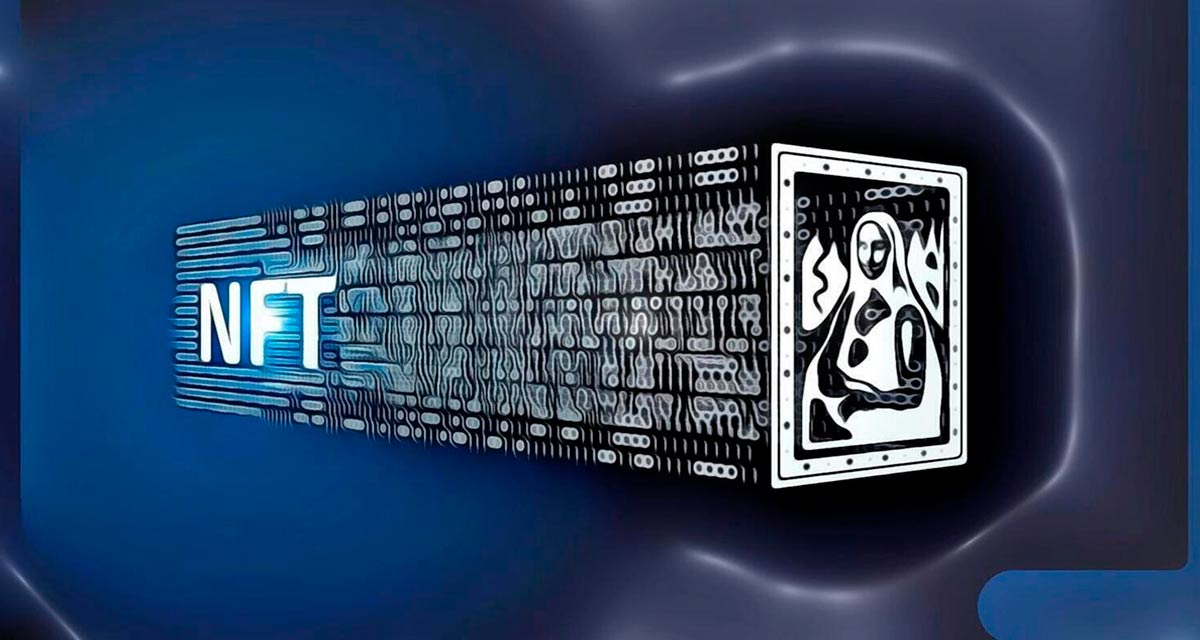 The demand for collectible tokens has risen more than 300% in the last 2 months. NFT’s daily transfers are close to an all-time high reached in July generating an NFT tsunami on Ethereum Blockchain.

Linked to the world of digital art and music, non-fungible tokens experienced massive growth that peaked in April this year, to later reduce activity. However, they have returned with greater force, now driven by projects. Axie Infinity and CryptoPunks, based on Ethereum.

Daily transfers of ERC-721 tokens, the standard used to create collectible NFTs on Ethereum, are near an all-time high, Coin Metrics notes in its latest report on the state of the network.

NFT’s daily transfers had dropped nearly 14% after hitting an all-time high of 55,000 on July 21. However, on August 1, more than 53,000 operations were registered, that is, just 3% below the record, as shown in the graph of the data provider.

In the last two months, the trading volume of collectible tokens has risen more than 300%, if one takes into account that 13,000 transactions were recorded daily on May 13, and currently more than 50,000 transactions are processed per day.

The CryptoPunks project is responsible for the growth of NFT transfers on Ethereum. This has been in evidence in recent weeks, especially on July 30, when 104 of these collectible pixelated faces entered a single block of the network. It happened after a user bought them for US$7 million, as seen through the Etherscan blockchain explorer.

As part of the buzz that NFT trading is going through, the Three Arrows Capital mutual fund bought 12 Punks. A single buyer acquired another 88 of them for US$5.5 million, while a collectible token enthusiast, Gary Vaynerchuk, bought an Ape, one of the rarest punks, for about US$3.7 million.

READ more:  Another win for Ripple: the company may question former SEC official

Meanwhile, as demand for these NFTs has grown, prices have also risen. This is evident in the prices of apes and zombies that are among the most expensive pieces of CryptoPunks, with a value above 32 ethers (ETH), about US$98,240 according to the price of the cryptocurrency at the time of writing. this note. Another of these tokenized faces is being offered for US$90 million.

With the same style of the pixelated punks from the Larva Labs collection, the CovidPunks project was recently launched with 10,000 faces aware of the pandemic, since they all have masks. It took users only a few minutes to deplete the collection, which created great congestion in the network, and with it, the prices of the fees per transaction rose, as detailed by the analysts of Coin Metrics.

Along with CryptoPunks, the Axie Infinity project is also responsible for the high trading volume of NFTs in the last three months. In fact, its own market for tokenized digital pets is the second-highest trading volume after Opensea, which leads to Dappradar’s list of 33 of these platforms.

However, Opensea outperforms Axie Infinity by a slim margin, with sales volume above US$1.7 billion versus US$1.2 billion for Axie. Although it should be considered that the first is a market that any user who wishes to sell an NFT of any type can go to, while the second is exclusively for the sale of pets and lands of the metaverse of the game.

In Axie Infinity each pet is a unique NFT with several associated characteristics that will determine its performance in battle or in other areas of the game. Additionally, there are the tokens that represent the parcels of land within this universe of digital pets.

These digital lands can be acquired by the participants to develop structures on them with special characteristics. Under this formula, each user has the possibility of owning a part of the land that defines Axie Infinity in the virtual world.

In any case, if Axie Infinity has 1 million active users per day, and each of them requires three digital pets to participate in the game, then it is possible to imagine the magnitude of the demand for new NFTs in this economy that revolves around this project.

NFTs: a difficult to contain tsunami

With increased demand and with dozens of new projects emerging, the volume of trade in NFTs is growing with such magnitude that it is becoming a kind of gigantic tsunami that is flooding the Ethereum network.

In fact, in its report Coin Metrics makes the observation that several project launches with NFT caused temporary congestion of the network, and consequently, the price of transaction fees was raised on August 5.

As reported by Crypto DeFinance, it was precisely on August 5th, when the London hard fork took place in Ethereum, with which the long-awaited EIP-1559 improvement proposal was incorporated that seeks to reduce the high cost of the commissions of the network which will end up benefiting all those who transfer NFT.

Hi! I am Ana and I am a crypto enthusiast. Enjoy my articles, share them and don't forget to drop a comment. If you like us and our news, share the posts and comment. Your visit and interaction is very important to us.
Subscribe
Login
1 Comentário
Most Voted
Newest Oldest
Inline Feedbacks
View all comments

[…] of commission burn, with over 2,100 ETH burned in the first days after the fork; while the NFT Axie Infinity game is responsible for the third-highest amount of ethers burned, after Uniswap […]