Ethereum London Hardfork EIP 1559. How are Binance, KuCoin, and other exchanges preparing? 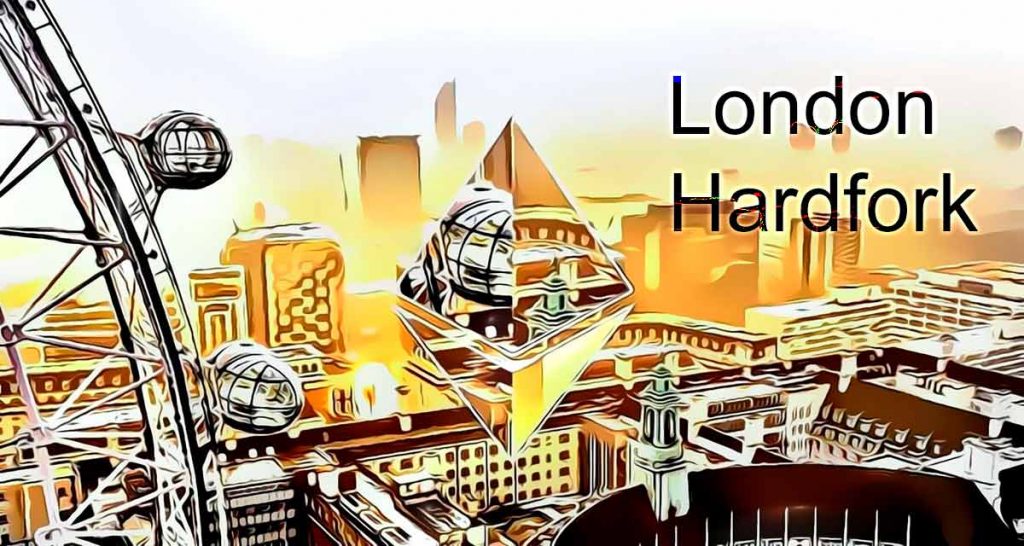 With the Ethereum London Hardfork EIP 1559 dropping in a few hours, all exchanges will need to pause deposits and withdrawals from Ethereum for a certain time. The protocol update includes five Ethereum Improvement Proposals (EIPs), such as EIP 1559 and EIP 3554.

The London hard fork is hours away from being implemented on Ethereum. Several exchanges such as Binance, Kucoin, OKEx, Huobi, and Bitstamp, have already announced special measures for this occasion.

It is important to clarify that almost all the large exchanges have decided to support this network update, so their users, as expected, should not have any problems with their ETH tokens.

In any case, if you are a user of any of these cryptocurrency exchange houses, it is possible that some operations are momentarily affected or restricted. Next, we show you what decisions each exchange has made on the matter.

Binance: deposits and withdrawals will be restored “as soon as possible”

The highest-volume cryptocurrency exchange Binance issued a statement yesterday about the Ethereum fork. There they mention that they have taken “measures to reduce trading risks that price volatility may generate and to maintain the safety of user funds during the hard fork .”

Although it is not expected, Binance contemplates the possibility that an additional token could be generated with the division of the chain and they seek, they say, to mitigate the risks for their users.

For this reason, at 11:45 (UTC), deposits, and withdrawals of both ether, the network’s native cryptocurrency, and ERC-20 token will be suspended. These include, for example, chainlink (LINK), DAI, Uniswap (UNI), and even tokenized versions of cryptocurrencies such as wrapped bitcoin (wBTC).

Binance does not mention in its statement when deposits and withdrawals will resume, although they say that if a new token is not generated, the process will be reestablished “as soon as possible. “

The company recommends ensuring that you allow sufficient time for transfers to be fully processed before the start of the suspension.

12 network confirmations are required for the deposit to be credited to the platform. How long this takes depends on the gas paid for the transaction and network congestion.

In the event that the blockchain is divided and, as a consequence, two competing chains are generated, Binance will consider that the one with the highest hash rate will be the valid Ethereum chain. The exchange also promises to credit users with the new token of the minority chain, in a 1 to 1 ratio with the balance they had in their account at the time of the hard fork.

As for the spot market (buying and selling of tokens), it will not be affected on Binance. There will also be no restrictions on trading futures, leveraged tokens (ETHUP and ETHDOWN), and options. In any case, the company could temporarily suspend operations if volatility is, in its discretion, too high.

Yes, instead, there will be restrictions on trading borrowed ETH. As of yesterday, ETH loans for leveraged trading have been suspended and this will continue until 11:55 AM August 5.

“Bear in mind that liquidations will continue to be possible under a perspective of extreme price volatility,”

Kucoin: will not restrict ERC-20 token deposits and withdrawals

The exchange of Chinese capital Kucoin restricted deposits and withdrawals ether from 11:45 am (UTC) on August 5.

ERC-20 tokens may continue to be deposited and withdrawn, although, from the exchange, they warn that there may be delays in circulation.

Like other exchanges, as of today, Kucoin does not allow leveraged trading in ETH. But the rest of the business operations will function normally. For this reason, the trading of ether and tokens will remain enabled, as well as the trading of futures and trading with the leveraged tokens ETH3L and ETH3S.

Regardless, Kucoin advises that in case of extreme price volatility, they will be able to take price control measures to protect investors.

The exchange’s services should return to their normal operation “as soon as possible” unless there is a fork of the blockchain with the consequent creation of a new token.

In that case, Kucoin will distribute the ETH of the chain with the highest hash rate in a 1: 1 ratio at the time the snapshot is taken. Strikingly, unlike the other exchanges, this exchange does not mention that the new token will be distributed, although they state that, in the event that the division occurs, “more details about this distribution will be given in a separate announcement.”

OKEx will only pause loans for leveraged trading and staking of Ethereum 2.0

Due to the recent enablement of p2p trading for Latin American users, OKEx is one of the exchanges that rapidly incorporate new users in that region of the world. This exchange founded in 2017 and based in the Seychelles Islands will support the Ethereum hard fork and will take, to this end, some special measures.

The deposits and withdrawals from ETH and tokens ERC-20 be suspended at 9:00 am (UTC) on August 5. If no blockchain split occurs, once the exchange’s speciesists confirm the stability of the network, they will reopen.

In the event that the network forks, as Binance will, OKEx will consider Ethereum’s “true” network to be the one with the highest hash rate. The tokens of the other resulting blockchain will be distributed to users who have ETH at the time of the fork.

“To ensure that the snapshot of your ETH balance is accurate, please do not transfer ETH into or out of your account during the snapshot period,”

The only OKEx services that include ether and that will be paused are leveraged trading loans and Ethereum 2.0 staking.

Instead, there will be no modifications for the sale of tokens, options trading, or the loan service provided by this exchange.

UK-based exchange Bitstamp will also take special measures in relation to the London fork. In a statement with which they seek to bring peace of mind to their users, they indicate that “forks are quite common in the world of blockchains.”

Even so, to ensure the safety of the funds, they will deactivate ETH deposits and withdrawals starting two hours before the estimated time for the hard fork. If everything goes as expected, about an hour later, at 1:00 PM (UTC), the ether movements should be available to your users again.

Bitstamp does not mention any major restrictions regarding the operations that can be made with ETH within the exchange. The only request they make to their clients is to make sure that all deposits and withdrawals of ether have been completed by then.

This exchange is optimistic about the Ethereum fork and maintains that it will “expose users to a more flexible structure by increasing the speed of transactions and reducing fees.”

As CriptoNoticias has reported, London includes the EIP-1559 improvement proposal that establishes a new fee payment system in Ethereum. Many hope that, with the passage of time and future updates, this will cause the supply of ether to become deflationary and the user experience to improve significantly in various aspects.

Huobi, an international exchange based in the Seychelles Islands, and with offices in Hong Konk, Japan, South Korea, and the United States, reports that it will support the Ethereum fork.

The measures that it will take to preserve the funds of its users and mitigate any risk are very similar to those already mentioned in the sections of Binance and OKEx.

Also, as of today, ETH leveraged trading and loans in that cryptocurrency are suspended. The suspension will continue for up to 5 minutes after hard-fork occurs.

On the other hand, the spot purchase and sale of ETH and tokens within the platform, nor cross-margin or isolated trading will not be affected. Neither are negotiations with futures contracts, although Huobi cautions that it can take protective measures due to high volatility, which could include changing the components of the price index.

After London, if the blockchain is split, Huobi promises to deliver the new tokens that emerge to all users who have had ETH deposited at the time of the fork. This will also be valid for those who have their ethers deposited in Huobi Earn, which is the interest service provided by this exchange.

In the event of any other situation not contemplated so far, “Huobi Global will make a new announcement”, they promise and apologize for any inconvenience that these measures may cause to their users.

One of the most used exchanges for the sale of cryptocurrencies is Coinbase. This is an American company, although the scope of its exchange is global. Until the time of writing this article, as can be seen on their trading platform and in the informational sections of their website, they have not published information related to measures to be taken by the Ethereum hard fork.

The only public reference to the fact is in a post on their blog, in which they refer positively to the Ethereum update and define it as “the most important in years.”