Launch of the $PFL fan token happened with multiple problems 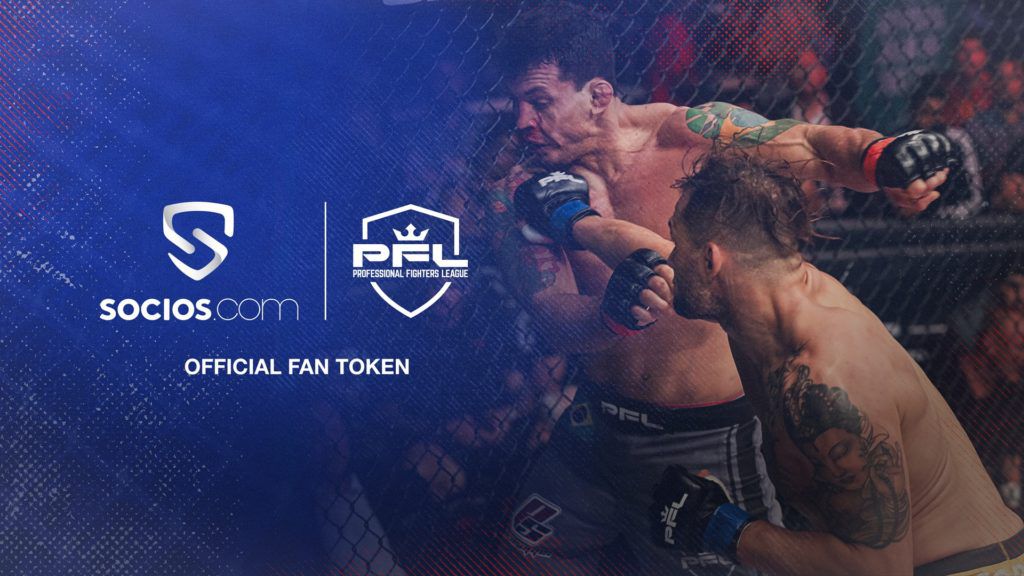 On March, 31. It was the launch of the $PFL Fan Token (Professional Fighters League Fan Token). In addition to the PFL, the UFC has also signed a partnership with Socios.com / Chiliz.

The Professional Fighters League (PFL), the US MMA league, is becoming the first sports league to offer a Fan Token to its fans. To help fans become more involved with the MMA season and individual fighters, the Professional Fighters League (PFL) struck a deal to sell blockchain-based fan tokens through Socios.com, a company based in Europe that has issued tokens on blockchain for teams like FC Barcelona, ​​Juventus and Paris Saint-Germain among others.

The Delays, the problems and the launch of the PFC Token

The $PFL fan token was supposed to have been launched at 4pm on March 31, 2021, however it suffered some delays due to over-demand issues for this token.

According to Alexandre Dreyfus’ account, in the various tweets he made on Twitter, the server was between 10x to 20x more in demand than when the FC Barcelona token, $HBAR was launched.
The launch time should have been at 17:00 CEST, however due to the large influx of users, with a peak of 22 thousand users per minute, in the application of associates.com, the purchase by thousands of fans was problematic, so they could not connect, register, receive the confirmation SMS – Many users even received them hours later. The events on the Socios.com App reached 549k / minute.

Read More  Cryptocurrency accepted by a Luxury hotel in the US

At 3:57 PM Dreyfus was forced to postpone the launch until 5:30 PM to resolve server problems, however it was eventually postponed to an hour later.

10 minutes before the second launch attempt, Dreyfus made a Twitter reminding fans that only 250,000 tokens would be sold (on top of the 89,000 tokens that would have already been sold during a Glitch, on the first attempt).

Finally, at 7:13 PM Dreyfus tweeted mentioning that the 250,000 PFL tokens were all sold in less than 10 minutes and that they could have been sold in 2 minutes had there been no technical problems with the server.

Alexandre Dreyfus mentioned in another tweet:
“Today is another great achievement on the big picture, @Chiliz is creating a great ecosystem with many new partners that day after day, bring new users to the ecosystem. Our motto #bemorethanfan is becoming a reality day after day. ”

Despite all the problems at launch, the sale was a HUGE success, and it expanded the Socios.com ecosystem.

Many users frustrated that couldn’t buy the @ProFightLeague token

Many users were prevented from connecting to the server, so they were unable to buy the tokens, generating some revolt on the Twitter / Socios.com account.

It appears that the biggest buyers of the $PFL fan token, according to Dreyfus’ calculations, were Turkey, France and Brazil. The United States was the one that bought less, standing at less than 1%.

Fan Tokens are limited in number and are fungible, which means that your property can be traded and its price is determined by the market.

Using the Chiliz token ($ CHZ), which is the ‘cryptocurrency’ that powers the Socios.com platform, fan tokens can be purchased and sold on the app’s marketplace or on the world’s first cryptocurrency exchange platform for sports and entertainment, Chiliz.net.

Fan tokens give the owner the right to vote in polls designated by the club and gain unique experiences in life. In the short term, the partnership will allow the UFC to attract a captive audience of enthusiastic sports fans from around the world, creating countless opportunities to expand its brand through promotional activities on the Socios.com platform.