Francis Ngannou, the UFC Heavyweight Champion, partners with Stake.com to launch its own NFT 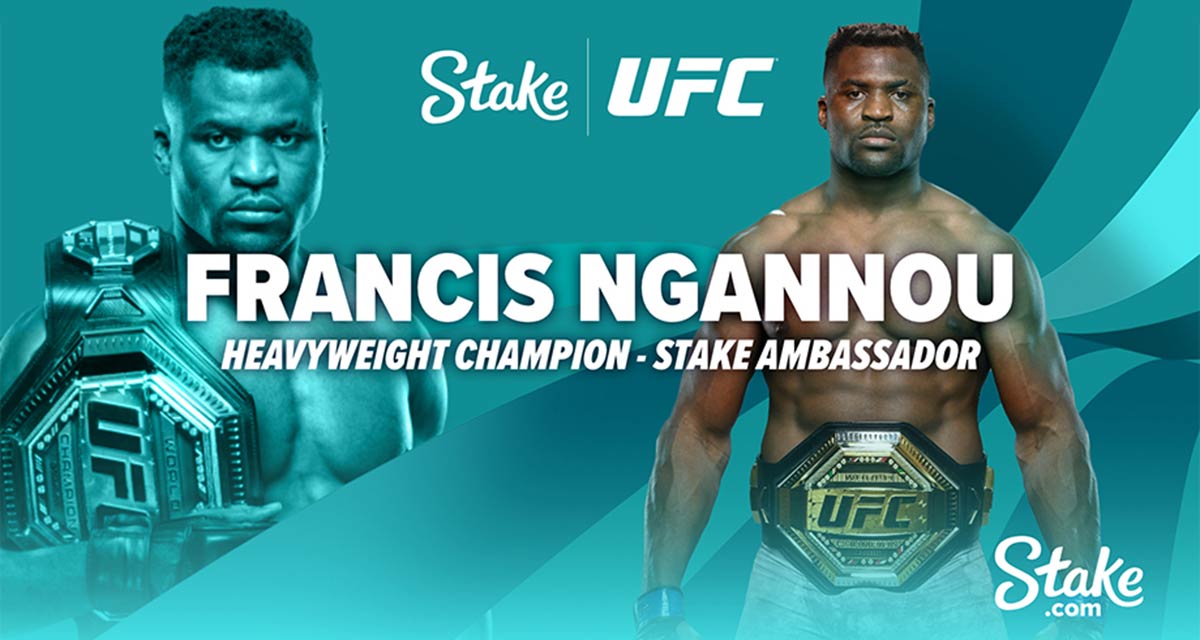 Francis Ngannou is the first UFC athlete to launch his own NFT before his world title victory and Stake.com will strengthen its already strong position in the global UFC betting market by partnering with UFC to launch its own NFT.

UFC heavyweight champion Francis Ngannou has been announced as the latest brand ambassador for Stake.com, the official betting partner of the UFC. Ngannou, also known as “The Predator” becomes the second UFC champion to join Stake, who already boasts a partnership with UFC middleweight champion Israel Adesanya.

Ngannou displays overwhelming strength, speed, stamina, and IQ to defeat his opponents repeatedly. With an impressive 100% completion rate, he is considered the world’s greatest heavyweight. At UFC 260, Ngannou became the first African-born man to win the heavyweight championship after brutally knocking out Stipe Miocic in the second round.

Pushing yourself into cryptocurrencies

Like The Predator’s journey, Stake has grown rapidly in the crypto gambling market since its inception in 2017. Utilizing innovative product design and promotional markets it has become the leading cryptocurrency casino and sportsbook in the world. world, with more than 35 billion bets in total processed.

A partnership between Stake.com and Ngannou is very important, especially with Ngannou, who has been extremely active in the crypto ecosystem. He became the first UFC athlete to launch his own NFT before his title win over Miocic, which raised over half a million dollars! Global athletes have begun to fully understand the potential of cryptocurrencies and the opportunities it presents.

According to the association, Ngannou will also receive a portion of the sponsorship in cryptocurrencies. Stake.com is confident that the new collaboration with the UFC heavyweight champion will strengthen his already strong position in the global UFC betting market as well as having the right to broadcast all UFC fights live on his platform.

Ngannou has already expressed his joy with the deal, noting that he is “very excited about the partnership with Stake.com. Since my departure at NFT in March, I have been completely obsessed with the crypto space and am very excited to partner with the largest (and best) crypto gambling platform in the world.

The Perfect Partnership: Stake.com, the world’s largest crypto casino and online sportsbook, joins Francis Ngannou, the UFC heavyweight champion, a joint force to be reckoned with. Stake.com will also offer its players the best possible crypto gaming experience, with exclusive VIP benefits and special offers with Francis “The Predator” Ngannou.

Francis ‘The Predator’ Ngannou began his humble journey to greatness while growing up in Cameroon. He is no stranger to hard work. At just 10 years old, Francis started working as a sand miner to support his family. At 34, he now holds the title of UFC Heavyweight Champion with a dominant UFC fight record of 16-3-0, captivating UFC fans around the world and inspiring the next generation of African fighters.

Stake.com is the world’s largest cryptocurrency sportsbook and casino, making a name for itself with an unprecedented 35 billion processed bets in just 3 years. Stake is making waves in the gaming arena, through its unique platform, games, and approach to hospitality. Elite odds, exciting promotions, instant withdrawals, and a leading social experience have been the catalyst for its rapid rise, now one of the world’s leading betting companies.

[…] considered history because of its value, the company will be the official partner of the UFC, with a contract worth US$175 million and a duration of 10 years. With this, the brand will be […]