Play SaruTobi, a game over the Lightning Network to earn rewards 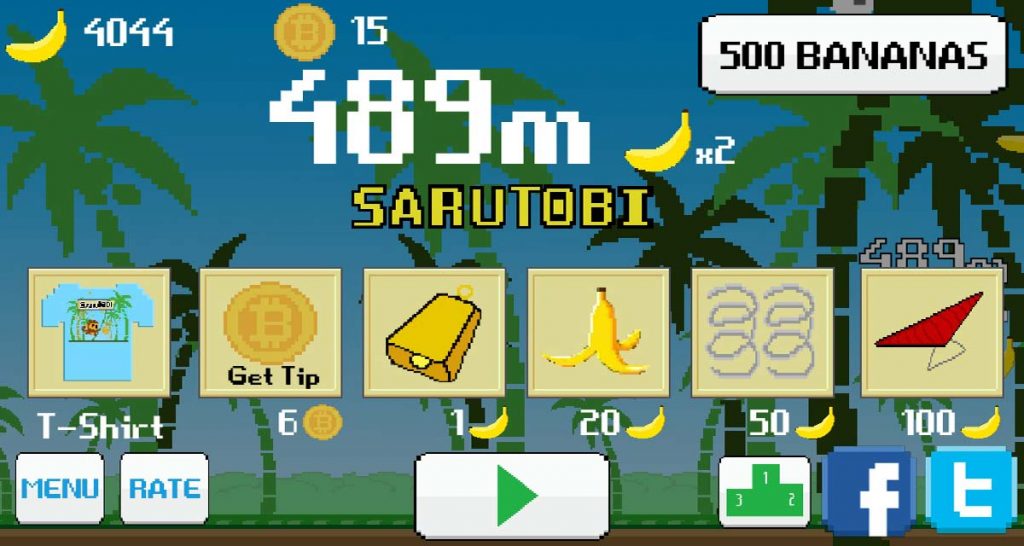 SaruTobi is a bitcoin game, that has been available on Android since 2016 and rewards its users in bitcoin, that are paid directly to the user’s Lightning Wallet on their phone.

After years of development, SuroTobi, a game that allows you to earn bitcoin (BTC), has recently announced that it will now be available on both the Android and iOS app stores.

The announcement was made from the Twitter account of the Lightning Network and gaming company Zebedee, of which the co-founder, Christian Moss (@MandelDuck), is the developer of SaruTobi.

Although the game has been active since 2016 for Android, it could only be installed by downloading the application externally. As of this September 9, it is possible to download it from both application stores: Play Store and App Store.

SaruTobi is a game in which players can collect small bitcoin coins, with prizes that they can claim directly from their wallet with payments through the Lightning network. The prizes are 1 or 2 sat per coin.

However, in an event launched on September 10, it was said that players could also compete with the one who “collected the most bananas” for prizes of up to more than 15 thousand sats.

Zebedee and games with payments in BTC

This company is dedicated to the development of applications within the Lightning Network Ecosystem, including its own cryptocurrency portfolio. One of its most outstanding developments is the Infuse tool, which can be installed on some games, such as Counter-Strike, in order to earn rewards in BTC while playing.

The ZEBEDEE ecosystem supports anything from streamers collecting donations while they are live streaming, to developers making brand new game mechanics that weren’t possible before.

As both ZEBEDEE and the Bitcoin Lightning Network grow, these limits will increase.

Developers can integrate Bitcoin into games in innovative ways by boosting acquisition, increasing engagement and retention, and improving game monetization

Streamers have advanced monetization tools by making viewers part of the show by allowing them to pay to activate special modes or powerups in real-time or even by simply collecting donations by flashing a QR code on their streams!