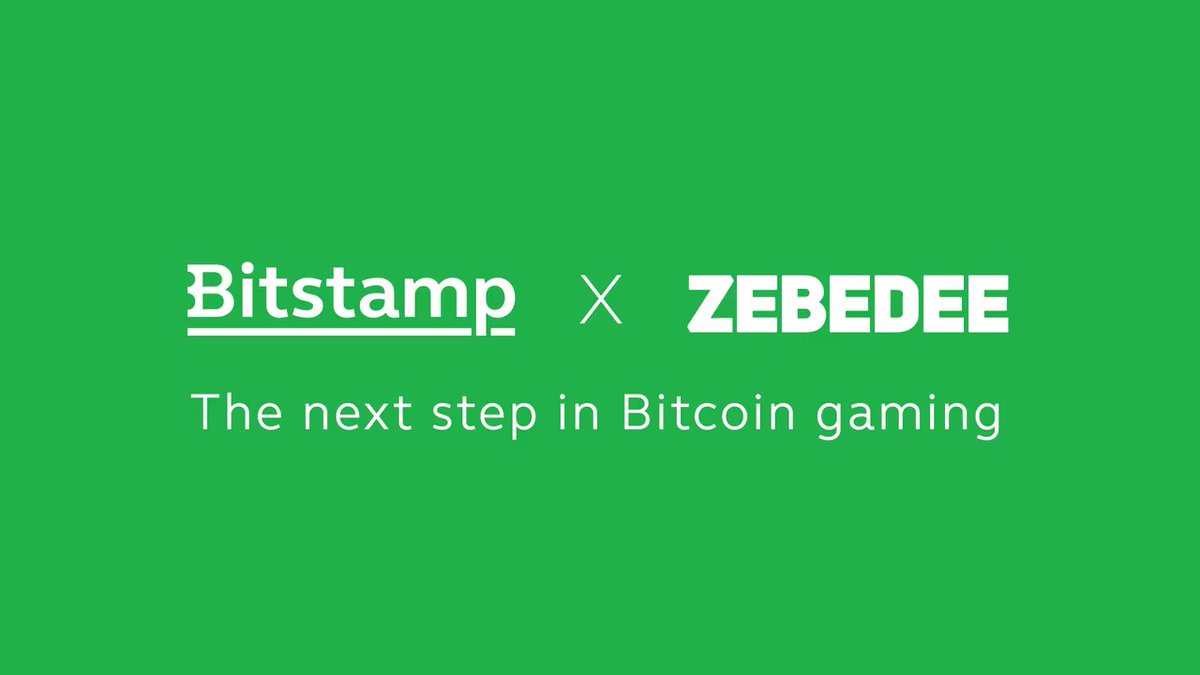 ZEBEDEE bitcoin wallet, used to earn in-game cryptocurrencies, will be integrated into the Bitstamp exchange. Users will be able to bet and earn bitcoin in Counter-Strike Matches.

Are you good enough to pay the bills with skills in Counter-Strike: Global Offensive (CS: GO)? You can prove it by betting and earning bitcoin on the popular PC shooter, thanks to an integration provided by startup ZEBEDEE.

The functionality was unveiled by the company in February before the launch of servers integrated with Infuse technology, which offers BTC rewards to players.

While the functional service offers a unique competitive experience for CS: GO, the startup admits it wasn’t straightforward to transfer funds out of the ZEBEDEE Bitcoin wallet, whether to convert BTC into other cryptocurrencies or use earnings to make payments.

That’s where Bitstamp comes in. This Thursday 3rd June 2021 the exchange announced the partnership with ZEBEDEE to properly integrate Bitstamp into the portfolio. According to a statement, the integration will make it easier for the player to transfer and convert cryptocurrencies won in games that feature ZEBEDEE’s Infuse app.

“Bitcoin really changes the game, in more ways than one,” said Simon Cowell, CEO of ZEBEDEE, in a statement.

“Suddenly, your in-game score has economic value in the real world. This greatly increases the level of involvement you have with the game, but it also points to economic models that were previously impossible”.

Bitstamp now comes in to solve that problem and take the economic potential of bitcoin gaming to the next level.

“Gaming and eSports are already hugely popular worldwide and growing fast…bringing these worlds together makes a lot of sense and, as the world’s longest-running crypto exchange, we’re happy to use our extensive know-how and reliable infrastructure to support the massive economic potential of bitcoin gaming.”
– Julian Sawyer, CEO of Bitstamp

Bitstamp employees, including technical director David Osojnik, were among the participants in the first public demonstration of ZEBEDEE‘s technology within CS: GO, held as part of a MintGox game streaming event earlier this year.

As Decrypt reported earlier this year, playing CS: GO with ZEBEDEE’s Infuse technology allows players to wager a small amount of BTC and then potentially earn more depending on the in-game score.

Although the amounts are small, players can “stack sats” by earning satoshis (1 satoshi = 1/100,000,000 BTC) in every match and then cashing out the winnings. According to ZEBEDEE, more than 10,000 people have competed in CS: GO matches using the reward system.

ZEBEDEE will unveil the MintGox Esports Arena at this weekend’s bitcoin conference in Miami, where players – both in-person and online – can earn BTC by competing in games.

Bitstamp donated 0.5 BTC (about US$18,800) to the CS: GO competitions, while market research firm L’Atelier BNP Paribas donated another 0.5 BTC to the L’ Bitcoin Rally Championship Studio. Additionally, players can compete in bitcoin-infused indie games and win a share of the “millions of [satoshis]” given out at the event.

[…] this panorama, video games with rewards in sats stand out. The Zebedee payment platform reported a remarkable volume of transactions only during the Magic Internet […]