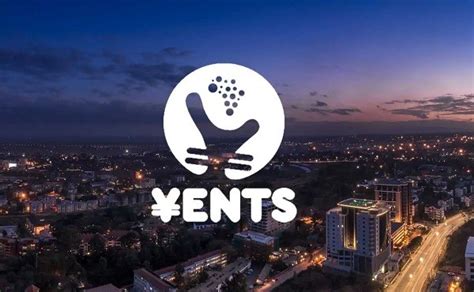 According to The African Report, the “Members of the Young Entrepreneurs Network Africa in Nairobi”, Kenya, are building a Golf course. It will use the blockchain and a new cryptocurrency, a stablecoin, backed by real currency. This project challenges the regulation of African Governments regarding cryptocurrencies.

YENTS (Young Entrepreneurs Network Token) is a stablecoin and its launch will be in November of this year. It will initially be used on the network to pay for training and participation in sporting events, explains CEO Kamau Nyabwengi.

Its use is planned to allow investment in the Kenya golf course in just 18 months.

“Blockchain can help move products from the supplier to the consumer,” Nyabwengi says. He further adds that “It allows more efficiency and eliminates middlemen.”

YENTS will be backed 1:1 by the Kenyan shilling or equivalent US dollar amount.

Nyabwengi states that “ potential exists to use the coin for financial services, and “ it could be used to aggregate small-scale pooled savings for investment projects via Blockchain”. However, Nyabwengi, who was all praise for blockchain tech also states “Regulations need to be improved to make this possible”.

A study from the firm Chainalysis found that Kenya ranked fifth worldwide and was even ahead of the U.S. in terms of crypto adoption, while South Africa and Nigeria were in seventh and eighth places, as seen in the image below:

National approval for YENTS in Kenya wouldn’t be the end of the story. Nyabwengi also aims to spread the use of his stable coin to other African countries.

A Smart Africa report says that while Blockchains are immutable, they are also completely secure. However, some questions about the compatibility of Blockchain technology with preventing money laundering and terrorist financing remain unresolved.

The Report says that:

• blockchain-based systems are, in themselves, neither compatible nor incompatible with regulation.

Kenya’s regulatory sandbox is an example of a trend towards “government-driven institutionalization of blockchain,” Smart Africa says.

• That process is still largely confined to the national level and “international institutionalization still appears to be less common.”

A consensus on regulatory goals needs to be developed, including harmonization of data protection rules.

In the end, Africa won’t be able to realize Blockchain’s full potential without a unified regulatory approach.

Also according to a report from QZ.com, Luno’s general manager for Africa, Marius Reitz, said that strict regulations stifle innovation within the crypto sector in Africa.

While 21 African countries haven’t made any public stance on cryptocurrency regulation at the time, two others, Nigeria and South Africa, the two of the continent’s largest economies— had shared favorable stances about potential regulation.

Many believe that its strict crypto regulations could have been introduced to safeguard traders from the region’s infamous crypto-scams. However, the study from Chainalysis found that only a small number of traders fell for such scams compared to Africa’s western and eastern counterparts.