The Fed issues a report on the digital dollar but takes no decision. 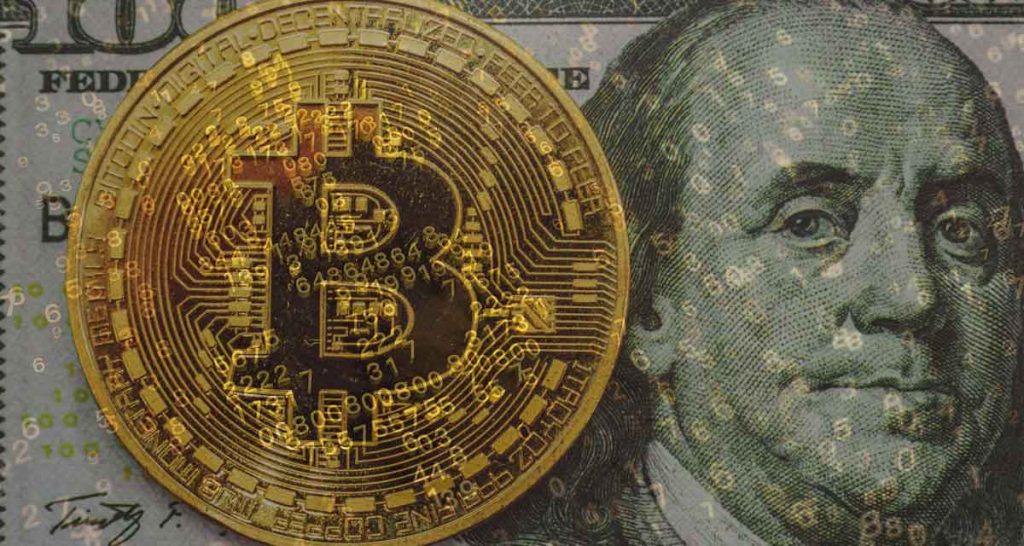 The Federal Reserve Bank of the United States (Fed) has issued 40-page research outlining the benefits and drawbacks of deploying the CBDC, the digital Dollar. The report notes the hard limit on transactions and the energy investment to keep the network safe.

The Federal Reserve Bank of the United States (Fed) has released a 40-page report highlighting the pros and cons of implementing its CBDC, the digital Dollar. Despite this, it has not made any decisions on the matter yet.

CBDCs, an acronym for central bank digital currencies, still divide opinions due to some points such as data privacy. On the other hand, countries like China don’t care about this, not even their citizens.

Already in contrast to Bitcoin as a payment system, the article mentions the harsh limit on transactions per second and the energy investment necessary to maintain the network safe.

Benefits and drawbacks of deploying the CBDC, Digital Dollar.

Among the points cited as positive, the Fed begins the chapter by showing the need to upgrade. For example, it mentions cryptocurrencies and stablecoins, two products in increasing demand.

The second benefit would be the improvement in cross-border payments. It is also another feature of Bitcoin, which has offered cheaper services than Western Union since its birth.

Other improvements of a CBDC, meanwhile, according to the Fed, include financial inclusion, another feature of cryptocurrencies, as well as public access to central bank reserves.

Finally, the document emphasizes the potential power of the U.S. dollar if it becomes digital.

In other words, it is making it more straightforward for foreigners to purchase its money, so increasing its value.

Risks of the digital Dollar and stability of the financial system

As for risks, the report points to the security and stability of the financial system, citing a possible insufficiency of related liquidity generated by mass withdrawals at commercial banks to convert these dollars into CBDC.

The effectiveness of monetary policy implementation is another negative point. The Fed states citing possible volatility of its digital Dollar since its demand may expand and fall rapidly due to the abovementioned points.

In addition, the report also cites the government’s concern about the privacy of its users, an issue already raised by U.S. Congressman Tom Emmer, which seems to be going against a technological advance for fiat currencies.

Following that, the congressman points out that a CBDC in the United States relies on a single point of failure. He also claims that all citizens’ financial information will be open to assault.

Emmer also mentions China as a bad example, condemning the Eastern country’s dictatorship. Money, according to Emmer, should be available to everybody and include features of privacy, such as paper money.

Finally, the report cites problems related to cyber security, requiring your system to have an extremely resilient infrastructure.

It also cites criminals’ use of its currency, stating that it would require institutions to follow strict rules.

The Fed doesn’t have a clear position on the digital Dollar.

After analyzing the benefits and risks, now the U.S. government needs to choose which path to take.

On the one hand, it may lose market to China, whose currency is already being used as an international reserve by other countries since 2016.

The Fed is sure that, in the short run, the world will continue to utilize its FIAT currency as a store of value and a means of exchange, disregarding the fast rise of cryptocurrencies.

Although Bitcoin is starting its revolution from the bottom up, starting with small countries, this effect may escalate to large countries as they realize that relying on an uncontrolled printed currency is unhealthy for the Economy.

On the other side, the U.S. government will have to sacrifice to create the digital Dollar. However, despite their interest, it seems that the U.S. is not in as much of a hurry as China.

Meanwhile, Bitcoin remains steady at $42,000 even after positive news such as Google and Intel’s possible entry into the market and showing disinterest in Russia’s Central Bank’s sayings that it wants to ban both mining and the use of cryptocurrencies.

Governments are expected to make extensive use of Bitcoin.

Developing nations are the primary stakeholders in using Bitcoin as a medium of trade and a store of wealth.

El Salvador was the first to adopt BTC, using it as a currency of exchange and buying it to use as a store of value.

Other countries may soon adopt Bitcoin. Those who do not have their currency are primarily reliant on overseas remittances.

They do not feel that a currency with no emission controls, such as the Dollar, can be a trustworthy source of a store of value.

Although this revolution is starting from the bottom up, Bitcoin may eventually be used as a store of value, and these early countries will be the most rewarded.

Even if the FED is optimistic about its currency in the short term, it is worth remembering that Bitcoin is only in its infancy and is slowly gaining ground.