CBDC and Cryptocurrencies – Here are some key differences 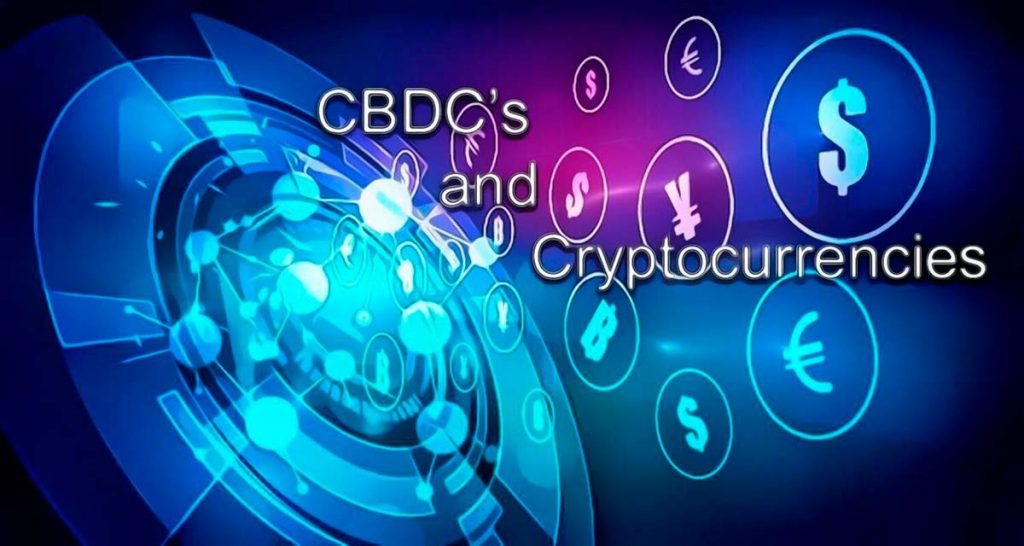 There are some differences between CBDC and cryptocurrencies, some more obvious than others such as digital currencies, payment methods, fiat currency, and others. Cryptocurrency is somewhat decentralized while CBDCs don’t. Check the article to find out more.

The world is becoming more and more technological and digital. One of the things that have also become
popular is online payments, such as MBway in Portugal, Pix in Brazil, and Venmo in the US. These applications have been increasing due to the fast, convenient, and secure sending of money. With
this, CBDCs and cryptocurrencies are becoming talked about the topic!

What are CBDCs and Cryptocurrencies?

CBDC stands out for “Central Bank Digital Currency” and is fiat currency’s digital or electronic form. It’s an alternative to traditional fiat money that can provide several advantages, such as security, low costs, and speed of sending money and payments.

CBDCs are still in the testing phase and how they will be created. Still, everything points to these CBDCs being developed by a country’s central bank, administered and regulated through a government, law, or monetary authority.

Cryptocurrencies are digital currencies, which offer several advantages such as speed, security, anonymity, and low transaction costs. Most cryptocurrencies are decentralized and use blockchain technology, which
makes it even more attractive to investors because of advanced encryption systems, transactions,
information and data are protected.

Decentralization in a cryptocurrency means that it does not depend on authority, a government, state, or
the central bank for its regulation and administration.

Price fluctuations, appreciation, and evaluation will depend on the economy and design behind the cryptocurrency itself.

Another common feature in most cryptocurrencies is blockchain technology.

If you are new to Crypto, you might wonder about what is Blockchain Technology. Blockchain technology stores and accounts for the records, information, and transactions made by cryptocurrencies decentralized. Various users worldwide store the documents, as we already mentioned in our article “What is Blockchain? Complete Guide “.

In this way, this complex and fascinating technology allows transactions to be very secure and reliable.

You probably are wondering about the Advantages and Disadvantages between CBDCs and Cryptocurrencies? We’ll… get you covered.

CBDCs, are still a project under construction and implementation. However, with the information that is
already known, we can conclude that CBDCs will have advantages and disadvantages, just like
cryptocurrencies.

The main advantages of CBDCs are:

The main disadvantages of CBDCs:

The main advantages of Cryptocurrencies:

Read More  Atomico3, the first token backed by Lithium to be created in Argentina

Which will lead us to the future, and the digitalization of the economy

We are moving towards a future where the economy will be more digital. Both cryptocurrencies and CBDCs
share something in common: being digital!

Control by government and authorities has been increasing, in every sense. CBDCs will become a form of
improved financial management and monitoring by the state and banks. While they offer more security, they also provide more control and lack of privacy.

I believe this is one of the reasons why decentralized cryptocurrencies are growing more and more popular they offer freedom, autonomy, and financial privacy.

What do you think the future holds for Cryptocurrency and Government control towards investors or ordinary people which invest in Crypto? Tell us in the comment below.