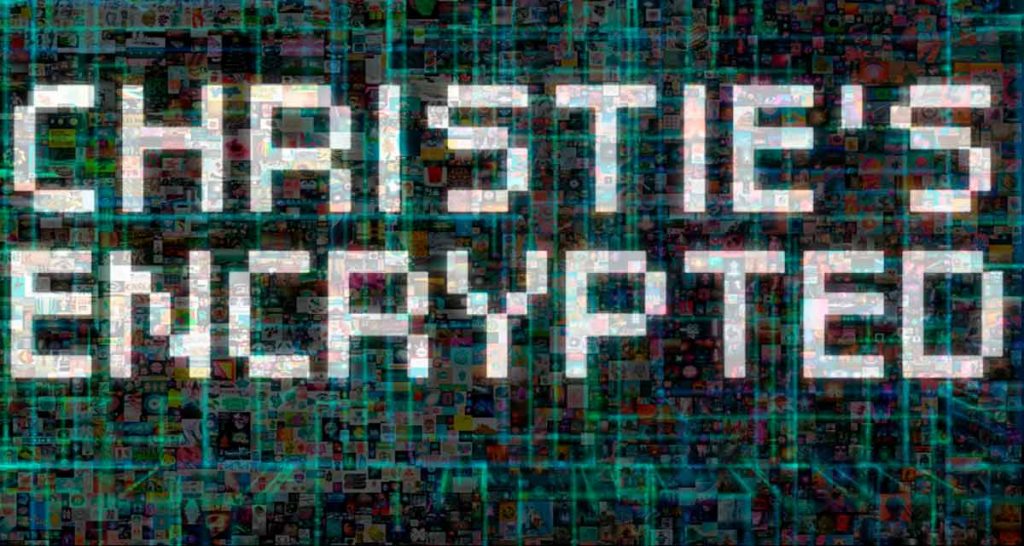 The art-house Christie’s will hold on October 1st an NFT Festival with auctions with live offers and in ETH, the cryptocurrency of the Ethereum network. With this, they plan to hand over to the highest bidder a selection of the first collectibles from the Curio Cards and Art Blocks Curated projects, which are among the most in-demand proposals today.

The Gallery, with more than 2 centuries of experience in the art industry, ensures that it is ready to enter new territory in the digital world. The plans are to do the first live NFT bid with offers on ETH, as reported via his Twitter.

Until now, the auctions that have been done in the non-fungible token markets are carried out with a countdown timer where each bidder makes his offer as time goes by. Thus, the NFT remains in the hands of the best proposal made until the clock reaches zero.

On the contrary, with a virtual live auction, the interested parties make their bids in a closed exchange and then the auctioneer communicates to the bidders what is the basis of the proposals made. After that, auction participants can try to exceed the maximum bid or leave the auction, as is traditionally bidding.

In itself, the idea of ​​Christie’s is to combine traditional auctions with the digital method, with the additive that all proposals will be presented in ETH and not in dollars as works of art used to be auctioned in the past.

The amount of the cryptocurrency will be calculated based on the recently published CME Group index rate, the auction house notes on its website.

From frames to NFT format

Christie’s has called its live NFT auction series “Postwar to Present” as a way to combine the past with the present. That will surely help you to set foot in the future, especially now that you have built the “Christie’s Encrypted” section dedicated to the world of digital collectibles.

The major art house, which displays ancient works among its halls, including a version of the Mona Lisa, introduced NFTs to contemporary art history when it auctioned a US$70 billion collectible by the artist known as Beeple. The sale figure was unprecedented for this type of piece, which made its author one of the most valuable living artists in the world.

Christie’s, founded in 1766 in London, listed its first NFT auction as one of the most unique works in the history of digital art. The event had a great projection occupying a space in the main media around the world.