The FCA bans Binance trading in the UK, after issuing warnings to the company 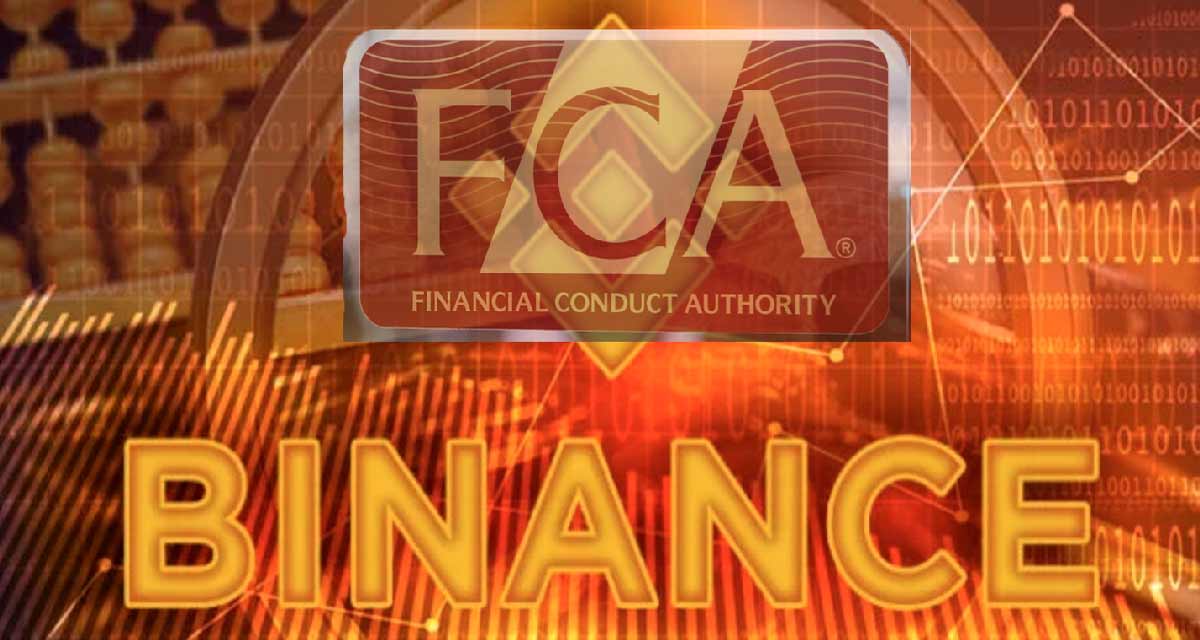 The FCA bans Binance trading in the UK, after last year the British Regulator has been issuing warnings It comes after the decisions of the Japanese and German regulators.

The UK’s financial watchdog , known as the Financial Conduct Authority (FCA), has prohibited Binance Markets Limited from carrying out any regulated activity in the country without its authorization.

The information was published on June 26, 2021 on the portal of the regulator through a letter in which it offers the following arguments:

* Binance Markets Limited is not permitted to undertake any regulated activity in the UK. This firm is part of a wider Group (Binance Group).
* Due to the imposition of requirements by the FCA, Binance Markets Limited is not currently permitted to undertake any regulated activities without the prior written consent of the FCA.
* No other entity in the Binance Group holds any form of UK authorisation, registration or licence to conduct regulated activity in the UK.
* The Binance Group appear to be offering UK customers a range of products and services via a website, Binance.com.

The report noted that no other entity in the Binance Group has any type of authorization, registration, or license in the United Kingdom to carry out regulated activities in that country. Furthermore, he cautioned that the Binance Group appears to be offering UK customers a range of products and services through a website, Binance.com.

It is worth remembering that the exchange platform requested to become a registered cryptocurrency company, as required by British institutions that offer digital asset services. However, the exchange platform withdrew that request last month due to the strict criteria of the regulatory body when approving practices to prevent money laundering and terrorist financing.

In addition to the actions taken by the FCA, the regulator has established that Binance has until next Wednesday to post on its website that it does not have its permission to carry out regulated activities in the UK.

In this way, it must “ensure and preserve all records and/or information (…) relating to all customers in the country from its systems” and put an end to any type of advertising and financial promotions. The danger of trading crypto assets had been warned in advance by the FCA.

Not the first warning Binance receives

Binance was established a year ago as part of a larger group to launch a UK platform, Binance UK. To operate in that country, the platform bought a financial company that was already registered with the regulator. The transaction was approved by the FCA last June.

READ more:  The American University of Paraguay will accept payments in Bitcoin and Ethereum

This is not the first time that Binance has received a warning for offering products and services to citizens without the corresponding permission.

On that date, the FCA stated that its new regulation prohibits the sale of derivatives such as options, futures, and publicly traded notes “that refer to transferable crypto assets not regulated by companies operating in or from the United Kingdom.”

The regulator’s warning seems contradictory as Binance has helped UK police investigate a US$50 million fraud. The incident published on June 24 that it had received a letter of praise from the UK’s South East Regional Organized Crime Unit.

As this media recently reviewed, the main cryptocurrency exchange by volume of operations, assured that it offered support to the British police force to arrest a cybercriminal who sold phishing tools that resulted in the theft of millions of pounds.

The FCA notice is in addition to the one made by Japan this week, and the one made last April by Germany’s financial regulator, BaFin. The platform is also under scrutiny from regulators in other countries, including the United States and Germany. Binance also announced last Friday the closure of its operations in Ontario (Canada) without specifying a specific reason.

[…] reported by CriptoDeFinance, the exchange was restricted from providing financial services related to cryptocurrencies in the re… since it is an activity only authorized for entities that have this permission. Given this, […]