Steve Wozniak says that Bitcoin is the Most Amazing Mathematical Miracle 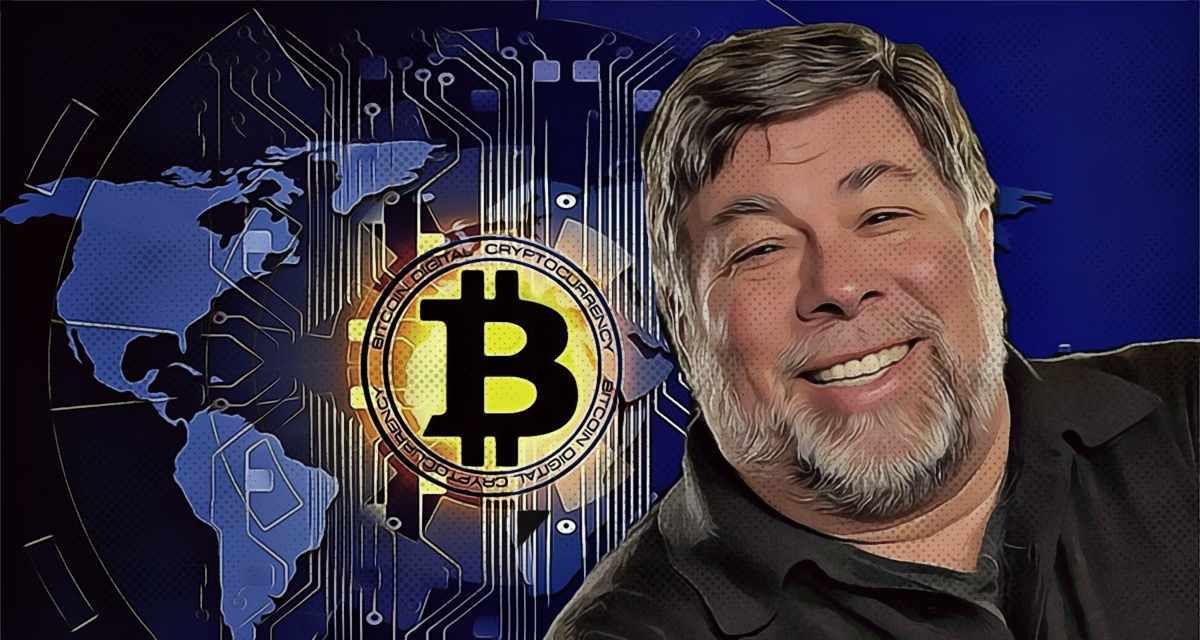 Steve Wozniak was clear in saying that bitcoin already has an established issue and that there will be no more BTC after the last cryptocurrency is issued. He said that Bitcoin is the most amazing mathematical miracle.

Steve Wozniak’s opinions are among the most respected in the technological universe. The co-founder of Apple referred to bitcoin, this Thursday, July 8, saying that it is mathematically pure and that it has qualities for the safeguard of value. “Woz” participated in the recent edition of the virtual conference Jalisco Talent Land Digital 2021, in which he assured that the first cryptocurrency is cybernetic gold.

During a meeting with the media and before a question posed by CriptoNoticias, Wozniak defended bitcoin (BTC) above gold and the United States dollar. For the computer engineer, the most important cryptocurrency on the market could defy economic laws and have a promising future.

“Bitcoin is something that protects value, it could be better than gold because we keep finding more gold. Maybe we can make gold one day, but bitcoin is mathematically pure, we don’t even know who created Bitcoin. It is the most amazing mathematical miracle ever created, “Wozniak responded to the question posed by this newspaper.

In his speech, Wozniak was clear in saying that bitcoin already has an established issue and that there will be no more BTC after the last cryptocurrency is issued. On this point, the panelist said that more than 80% of the bitcoins have already been mined, so when the process is completed in the future, there will be no new currencies.

Currently, 18.7 million BTC have been issued out of a possible maximum of 21 million.

“One thing I like about bitcoin is that no one can come up and say ‘let’s create more bitcoins,” said the speaker. In addition, he questioned the practice of some governments such as his country that do say “we are going to create more dollars”, which influences the real value of the national currency and leads to inflation.

The situation was illustrated by “Woz” when he said that someone can buy a car in the United States, pay many more dollars for its acquisition, and believe that they have a more valuable vehicle in monetary terms, but “it is not like that, the more dollars it is worse, ”he said.

Another aspect that “Woz” emphasized is that, although he believes that bitcoin has a promising future, he is not an investor in the crypto actives, that is, he does not hold positions in BTC neither long nor short term. In fact, he admitted that he is bothered by the variations that cryptocurrency has. All in all, in 2017 Wozniak had disclosed the purchase of BTC, so it can be assumed that he sold his position

Shitcoins and the advancement of blockchains

The 70-year-old former developer criticized some practices carried out by other cryptocurrency projects which, after the “success of bitcoin, what they seek is to promote a brand.” Wozniak put the highlighter on hiring celebrities from different disciplines to power digital assets, regardless of their true innovation.

“They hire celebrities, they promote a brand with advertising to say that they are better than bitcoin, but they are just cryptocurrencies that have no value,” added the engineer, who also defended the so-called distributed ledger technology (DLT) or blockchains.

According to Wozniak, there is a place in the world for blockchain networks which “will have a great impact.” The strength that the lecturer sees in them is that being immutable, no one could change the data that has been recorded in them, although immutability is something that is achieved with decentralization and not an inherent property of this technology. Among the industries that could benefit are property registration industries. “Woz” also referenced the energy-focused blockchain project in Malta, which he has been a part of since 2019.

In the past, the Apple co-founder has also referred to bitcoin when comparing it to gold. In October 2017, “Woz” stated that bitcoin “is even more mathematical and regulated and no one can change the mathematics.”

Is Bitcoin not safe? 4 Bitcoin experts give their opinion on its safety - Crypto DeFinance

[…] Finally, Fields entered into these positions with an anecdote: ” A few years ago, there was the update of Segwit.  […]