Ethereum node will be delivered by SpaceX at International Space Station 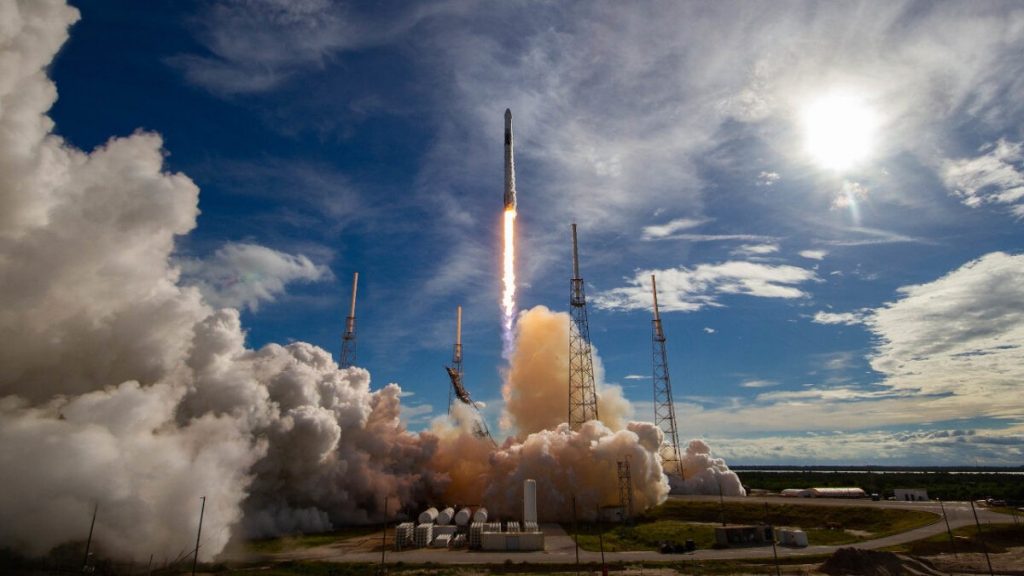 SpaceX leaves for a mission next Thursday, 3rd June 2021. It will be the first time that an Ethereum node “steps” on the ISS.

Next Thursday, 3rd June 2021, a space mission scheduled by SpaceX will take on board an Ethereum node for the International Space Station (ISS). This will be the first time that any device connected to the world’s second main cryptocurrency has arrived in space.

The information was released by the company SpaceChain, in a recent press release. The Ethereum node is a kind of cryptocurrency server, which stores the immutable record of all transactions on that blockchain, helping to keep the network secure.

Next Thursday, early June, a SpaceX Falcon 9 rocket heads towards the ISS. According to the company SpaceChain, responsible for contracting the service of SpaceX, a company led by Elon Musk, this will be the fourth blockchain cargo to be sent into space, but the first from Ethereum.

“This will be the fourth launch of SpaceChain’s blockchain payload in space and the first demonstration of the integration of Ethereum technology into its hardware on the ISS. The mission is made possible thanks to Nanoracks and its Space Act agreement with NASA. ”

Said the company in a statement.

According to the company, the security of space installations will be essential to keep a node of the Ethereum network secure from centralized terrestrial servers. The company that will use the solution will be Nexus Inc., a customer of SpaceChain.

Among the advantages for Nexus, will be the ability to work with transactions sent and received over an encrypted communication network. In addition, the company’s customers will also have access to this solution.

Another cryptocurrency space mission with SpaceX departs on June 24

In June, another SpaceX mission with its Falcon 9 rocket will take loads of cryptocurrency projects on the 24th. According to SpaceChain, the second space trip will take the nodes of three companies into space.

“The second launch mission will take place on June 24, 2021, where the space nodes created for Biteeu, Divine and Nexus Inc. will be installed on a YAM-2 satellite carried by a SpaceX Falcon 9 rocket under the rideshare program. The mission will be operated by Loft Orbital ”, informed the company.

The Biteeu and Divine nodes will be operated and managed by Eurasian Space Ventures (ESV) located in Kazakhstan. It is a company that aims to serve as an international center for space projects and related organizations that seek to capitalize on space infrastructure in the country, as detailed in the firm’s statement.

This second mission It will also install a third Bitcoin satellite node for the Nexus platform. “With this, you will be able to use Bitcoin and Ethereum blockchains for your portfolio of services, such as asset custody, offer a suite of e-commerce and data security products,” added SpaceChain.