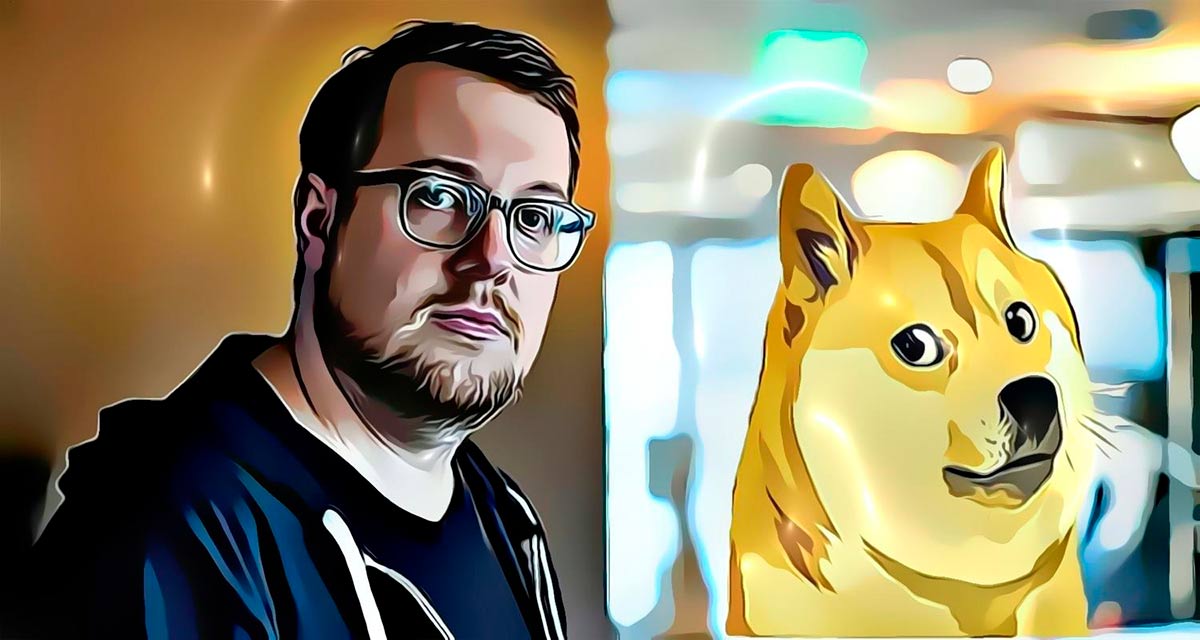 Jackson Palmer, the co-creator of Dogecoin (DOGE), went on Twitter on July 14 to criticize cryptocurrencies. This, in his opinion, is “hyper-capitalist technology” geared at making those who already have money wealthier through immoral methods.

The developer wrote specifically the following:

After years of studying it, I believe that cryptocurrency is an inherently right-wing, hyper-capitalistic technology built primarily to amplify the wealth of its proponents through a combination of tax avoidance, diminished regulatory oversight and artificially enforced scarcity.

In the same conversation, he mentioned the cryptocurrency sector, which “taps into a network of shady business connections and bought influencers.” This industry, according to Palmer, is based on the promise of getting rich quick, through which “fresh money is taken from the ignorant and the financially desperate.”

Furthermore, he stated that the cryptocurrency asset market is extensively managed and controlled by “a powerful cartel” of wealthy individuals. These statistics, he claims, are pushing the company toward something resembling the centralized banking system that they claim they want to replace.

For the co-creator of the cryptocurrency that started as a joke , the ecosystem is not prepared for a debate on this topic . “Even the most modest criticism of cryptocurrencies will provoke smears from the powerful figures who control the industry and the ire of retail investors who have been sold the false promise that they will one day be billionaires,” Palmer says, adding that “the debate in good faith is almost impossible.

Twitter debate: views on and against the Dogecoin co-founder

Palmer’s comments generated diverse opinions within “crypto-Twitter . ” For example, Juan Condori, head of the aircraft line at the Talma company, made the following remark : «You are only a resentful person, if you started something and you don’t have a solid project, nothing happens, the currency stagnates, unless someone pay for doing bad propaganda, what little person you are ».

Another user who was against Palmer was @ Santiag61888533. Ironically, this tweeter wrote : “OK! Prohibit any exchange that does not have a judge involved. According to him, Palmer writes too much just to say that “cryptocurrencies are bad because some win and others lose.”

Also he was criticized Palmer generalization that apparently made in his criticism. @dogedoor told him that generalization is “a stupid way of looking at things.” “It’s like saying you don’t want to use money because people use it for bad things,” he said.

In this regard, the user @dogedoor set a position on the issue and pointed out that not all people can be put into the same bag: «He is generalizing and discarding everyone else. It’s like saying you don’t want to use money because people use it for bad things. It’s a stupid way of looking at things.

For his part, @yimbyarts made the following comment : “I was there a few years ago when [Palmer] was trying to educate people about cryptocurrencies in good faith, but received a lot of criticism for it. (…) No good deed goes unpunished. I don’t blame him, honestly.

In favor of Palmer was also expressed @ bubbles3805. According to this tweeter “cryptocurrencies have brought out the worst in some people.”

Several bitcoiners took the opportunity to make the difference that they see in the pioneering crypto asset , with the rest of the digital currencies . For example, the Argentine libertarian Adam Dubove, considers that what Palmer said “is correct about ‘cryptocurrencies’ but not about bitcoin.”

Thanks to the pro-Dogecoin tilt expressed by Tesla CEO Elon Musk, the popularity and price of the cryptocurrency have taken off. At the time of writing this note, its market capitalization is more than USD 22 billion , with a volume traded in the last 24 hours of USD 1 billion.

This cryptocurrency was created as a parody in 2013 and was named after a meme. Jackson Palmer made some comments at the beginning of 2018 in which he expressed his concern about the market’s excesses and irrationality, appealing to the hazy sense of trading a cryptocurrency that serves no purpose other than amusement.

Palmer stated at the time that recent talks had been based only on volatility and market prices. As a result, currencies such as Ripple, which, in his opinion, are not creative and stray from the bitcoin ideal, skyrocket in value overnight.