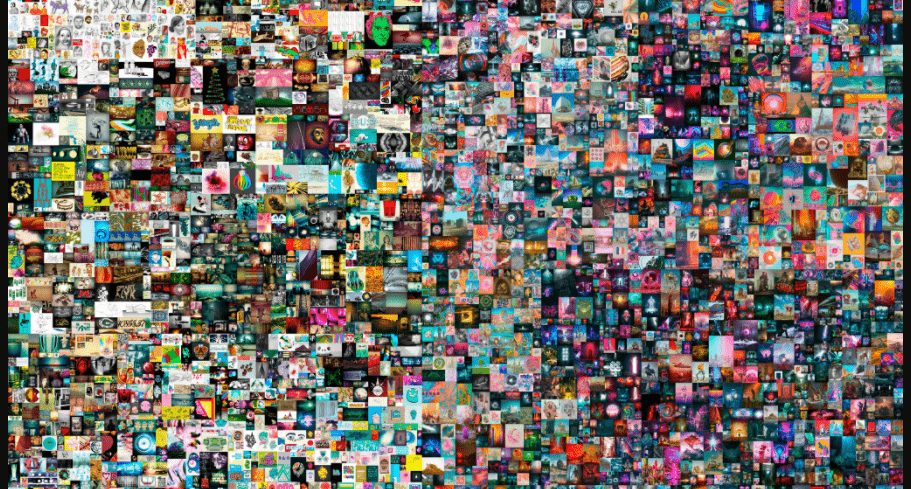 Beeple’s NFT being sold by the traditional auction house Christie’s becomes the third most expensive work of art by a living artist in history.

The People’s NFT record sold by Figma CEO Dylan Field was short-lived. Hours after negotiating his CryptoPunk # 7804 for more than $7.5 million, the NFT ever more expensive of all time has been broken, and by a wide margin: the work “Everydays: THE FIRST DAYS 5000”, the renowned digital artist Beeple, whose auction ended on Thursday, 11, was bought by incredible 69.3 million dollars.

The work was negotiated by the traditional British auction house Christie’s, in the first operation involving digital art in its more than 250 years of history, in partnership with the website specialized in NFTs MakersPlace.

The value places Beeple’s work as the most expensive in the history of NFTs and as the third most costly of any living artist, including traditional pieces that have nothing to do with blockchain, cryptography, and the internet.

Works led this ranking by Jeff Koons and David Hockney, whose works were traded in 2019 and 2018, respectively, for close to $90 million.

Beeple is one of the best-known names in the world of digital art and NFTs.

According to Crypto Art, before the conclusion of the auction at Christie’s, he had already accumulated almost 30 million dollars in works sold.

At the end of 2020, he sold a collection for 4 million and, in February of this year, the work “CROSSROAD” for 6, 6 million dollars.

The work “EVERYDAYS: THE FIRST 5000 DAYS” brings together the first 5,000 drawings he made since May 2007, when he decided to create the project that includes creating digital art per day.

NFTs are unique digital assets, which contain proprietary information and other data registered in the blockchain, widely used for digitization and “tokenization” of digital items such as art, collectibles, or game items.

NFTs are generally maintained on the Ethereum blockchain, but other blockchains, such as Flow, also support this token type.

The “EVERYDAYS: THE FIRST 5000 DAYS” auction started on February 25 and received 353 bids, reaching $1 million less than an hour after it opened.