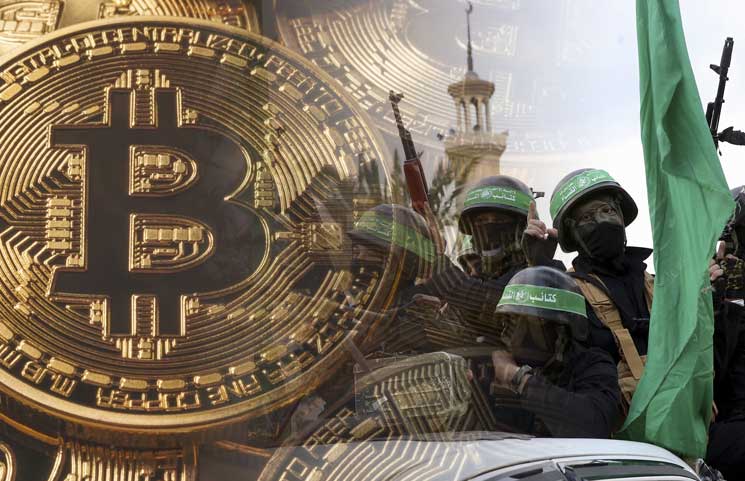 The Bitcoin donation to Hamas terrorist group does not mean that the currency is a “crime currency”, as many proclaim. Fiat is also widely used for money laundering as well as funding terrorist organizations.

The confrontation between Israel and Palestine has been one of the main issues in the world, with tensions rising with missile attacks and bombing. Amid the fear, the militant group Hamas is seeing an increase in Bitcoin donations to Hamas.

According to the Wall Street Journal, with the return of the confrontation between the extremist group and Israel, the attention of several people has returned to the conflict, including those who agree with one side or the other. With this, Hamas’ armed wing, Izz ad-Din al-Qassam has seen an increase in donations to its military operations.

Also according to the WSJ, which quoted a Hamas official, the group is exploring different forms of online donation to get around sanctions and raise money.

When it comes to donations of this type, of course, Bitcoin can be involved, with cryptocurrency being one of the most effective ways of transacting values ​​in the world.

“There was definitely a spike” in bitcoin donations, he said. “Some of the money gets used for military purposes to defend the basic rights of the Palestinians.”

An Hamas official said to WSJ.

It is worth remembering that Hamas is designated by the US, the European Union, and different Western countries as a terrorist organization.

That is why these sanctions were established to weaken the financing of the armed group. With the growth of the cryptomarket and the popularity of Bitcoin, Hamas began to capitalize on the potential of this asset.

Since Bitcoin gained traction after 2017 these donation campaigns to Hamas have become more common.

The Hamas official, who agreed to talk to the WSJ as long as he was not identified, said the overall proportion of donations was increasing but declined to report the number of cryptocurrencies received.

And again, this is nothing new, with the FBI even carrying out seizures of donations that would go to Hamas and Al Qaeda.

Donations are made through websites

Also according to WSJ information, Hamas donation sites can be found in different countries and translated into different languages ​​(mainly English).

In some, there are even tutorials on how to get around the sanctions established by different countries.

It is noteworthy that the use of Bitcoin for these donations to the terrorist group does not mean that the currency is a “crime currency”, as many proclaim. Fiat is widely used to laundry as well as funding terrorist organizations.

In fact, this means that it is an efficient way to transact amounts of value and the relationship between Bitcoin and terrorist activities is something that has been denied by different authorities.