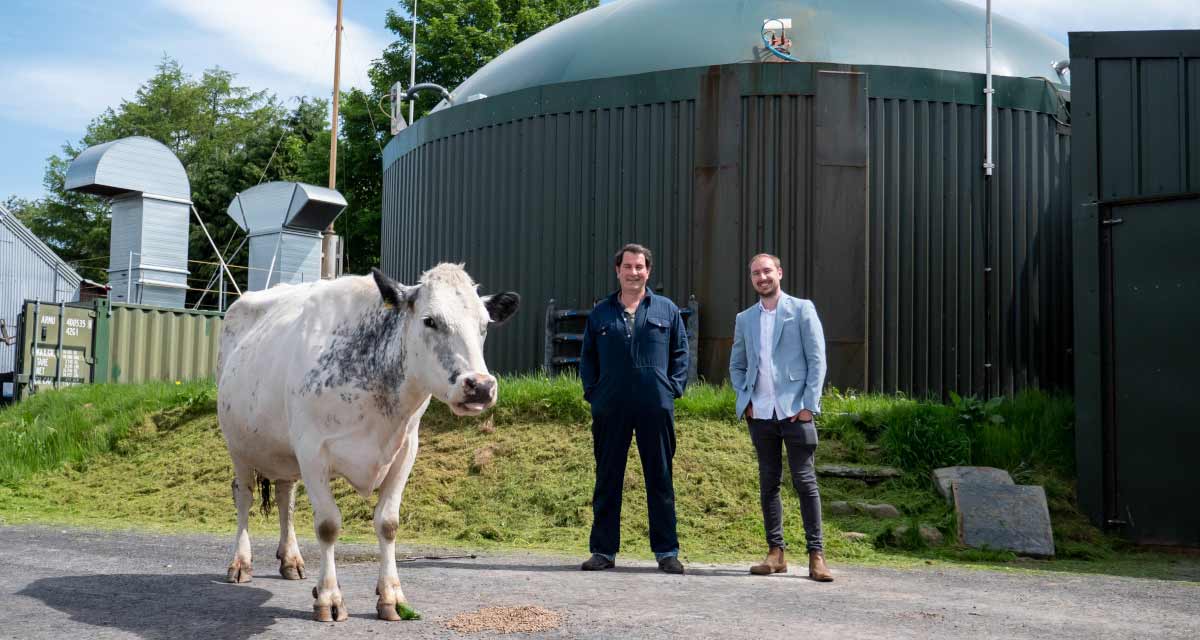 A farmer uses cow poop to provide power to its crypto mine farm. The layout of the installation looks classic: manure is mixed with water and placed in fermenters. They produce methane, and methane is used by engines connected to generators – they generate electricity so they can mine cryptocurrencies.

Bitcoin mining process consumes a lot of energy, with various equipment connected in giant mining farms. This has raised fears that cryptocurrencies are harmful to a planet already affected by the effects of climate change.

Philip Hughes, a farmer from Wales, UK, is also involved in cryptocurrency mining, but he has approached energy use in a more creative way than his Bitcoin-loving colleagues around the world.

To feed his crypto farm, the farmer created a manure-powered engine in which the energy is generously produced with the poop his own cows.

The manure powers a 6-cylinder engine that provides enough power for mining. A clean energy process would certainly be even better, but at least Hughes’ invention has optimized his agribusiness from an environmental perspective.

READ more:  Barclays is blocking payments to Binance to allegedly "protect the money" of its customers

Cows helping in the process of mining cryptocurrencies

At Philip Hughes Farm, near the Berwyn Range, next to blessed green pastures where cows chew grass and sheep graze, the cryptocurrency mining farm is established and thriving.

The farmer is now using an engine that generates electricity from cow dung. A third of the electricity generated goes to power his mining equipment, which has a total of 18,000 video cards, and the rest goes to the cattle farm he owns.

The layout of the installation looks classic: manure is mixed with water and placed in fermenters. They produce methane, and methane is used by engines connected to generators – they generate electricity.

Hughes Mining Farm currently mines Ethereum. In an interview with the BBC, the Briton said that he not only mines Ether but also rents equipment for mining cryptocurrencies, which he bought for $25,500 and earns good money from it.

The farmer tried to convince his friends and colleagues to install similar platforms connected to mining farms, but uncertainty in the cryptocurrency market ended up holding back people’s enthusiasm.

After the success, however, more than 40 neighboring farms took an interest in Hughes’ unusual technology. None of them regretted investing $25,000 to install the equipment. If the price of the cryptocurrency does not fall, entrepreneurs can have a return on the amount invested and start seeing profits in just 6 months.

The farmer revealed that mining cryptocurrencies bring him a good income, although he admitted that this did not happen day after day, as the price of Etherium changes constantly.

“The recipe is good, but it depends a lot on the day you ask the question,” said Hughes in an interview with the BBC.

[…] enthusiast who, regardless of their level of knowledge, wants to make a profit by trading crypto […]