Cryptocurrency adoption around the world significantly increased in 2021 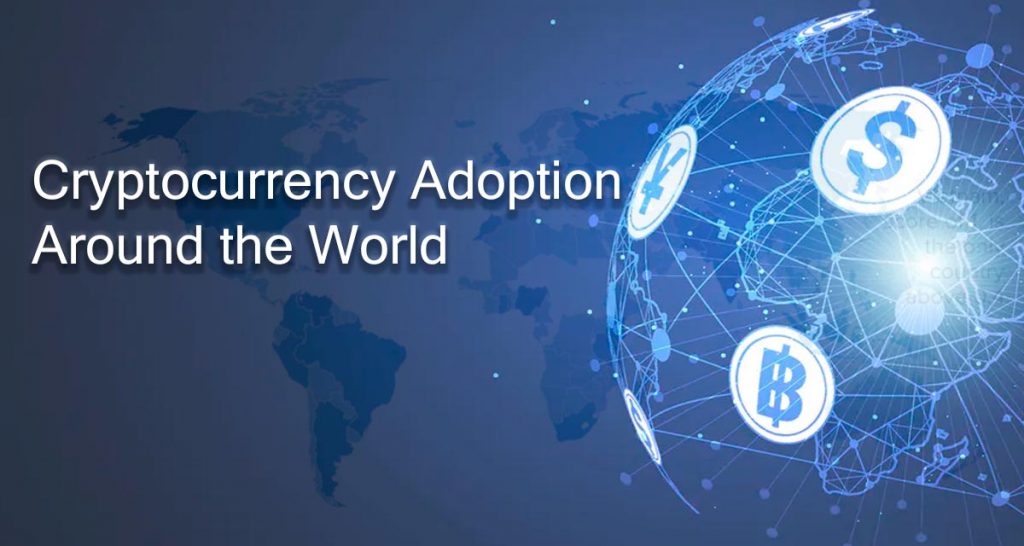 In 2021, cryptocurrency adoption around the world has significantly increased. The global trend is marching towards regulating the digital currency.

The 2021 adoption rate of cryptocurrency has significantly increased around the world. The Global Crypto Adoption Index displays the 880% jump and how several emerging countries, such as Vietnam, India, and Pakistan, have dominated the race for the second consecutive year.

Only a few countries banned trading platforms and prohibited cryptocurrencies, such as China and Morocco, but the global trend is regulating digital currency.

The launch of the first-ever Bitcoin exchange-traded fund (ETF) has made history, as it obtained authorization to begin trading on United States exchanges. For example, stable coins, which are cryptocurrencies pegged to the dollar, are making their debut!

Cryptocurrency adoption around the world

While few countries are still rejecting digital currencies and linking Bitcoin, Ethereum, and other cryptocurrencies to illicit activities because of their volatility and decentralized nature, others have already enacted some regulatory oversight.

Surprisingly, El Salvador is the only country so far to allow Bitcoin adoption officially and grant it legal tender status.

The United States and its official agencies have said yes to Bitcoin while trying to guarantee its legitimacy and reduce –if not prevent- its use for illegal transactions; companies have joined and started to accept payments in Bitcoin, such as Microsoft and Subway.

On the other hand, Canada is considered Bitcoin-friendly, as the Canada Revenue Agency (CRA) sees it as a commodity.

Australia considers cryptocurrency an asset for capital gains tax purposes. In the United Kingdom, businesses handling crypto-asset-related activities need to register with the UK’s Financial Conduct Authority, and businesses operating in cryptocurrency are eligible for the ‘Authorized Payment Institutions’ license.

Back in 2015, the European Court of Justice (ECJ) exempted buying and selling digital currencies from value-added tax (VAT) in all European Union (EU) member states, as it’s considered a supply of services.

Some EU countries, like Finland, have classified Bitcoin as a commodity and not as a currency, which means it is treated as a financial service.

On the other end, Cyprus doesn’t control Bitcoin, nor does it regulate it either.

The “No Bitcoin” countries have either banned digital currency or tried to make trading and using it difficult by cutting off support from the financial institutions. In addition to China, any type of Bitcoin use is illegal in several other countries like Russia, Colombia, and Bolivia.

Institutional and individual investors cherish ETFs as investment vehicles; they are cheaper and better than mutual funds, and they offer low-cost trading and arbitrage options for investors.

As mentioned before, the launch of the first ETF authorized in the US resulted from the efforts of Cryptocurrency and Blockchain advocates fighting for equitable access.

At the same time, it triggered an increase in Bitcoin price. Globally, Bitcoin ETFs already exist in several countries like Canada and Brazil, traded on traditional market exchanges, which intrigued many countries; for instance, Japan has a yen currency-related EFT.

Unlike cryptocurrencies like Bitcoin and Ethereum, EFTs approval and stable coins recent regulatory frameworks proved their ability to play a significant role in the future of global finance, possibly becoming the backbone for financial services.

The Central Bank of China was one of the first to focus on CBDC’s development in 2014. The Bahamas was the first jurisdiction to fully launch its retail CBDC, Sand Dollar, in October 2020.