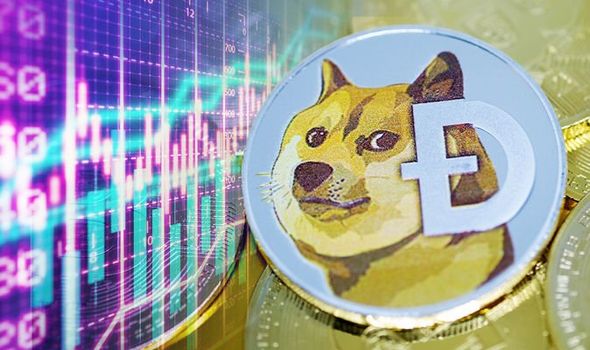 Charles Hoskinson, the founder of Cardano – the sixth-largest cryptocurrency by market value – has warned of Dogecoin’s recent rise saying that dogecoin is a bubble.

He also encouraged investors to sell their assets in Dogecoin as soon as possible.

Charles Hoskinson, the founder of Cardano – the sixth-largest cryptocurrency by market value – has warned of Dogecoin’s recent rise. He said the boom in the asset could harm the cryptocurrency industry, since, in his opinion, regulators can increase market repression “when the‘ DOGE bubble ’pops.”

Speaking on a YouTube live entitled “Bubble, Doge Edition”, Cardano’s founder said the price of the cryptocurrency created as a meme was driven by Elon Musk’s continued endorsement, adding that the currency’s rise is the result of a ” manipulation by whales ”.

“Dogecoin’s price is not sustainable. It will collapse and large amounts of retail money will be lost very quickly. ”

The cryptocurrency appreciated 14,000% over a year, from US$0.004 to a record US$0.43. Hoskinson warned that as the price of the asset ‘reaches the stratosphere, a bubble is undoubtedly forming that will cause many people to lose an alarming amount of money.

“DOGE has always been, for our industry, a kind of joke, a pet stone, fun, and happy thing. But it is something that, in most cases, we never take seriously, ”he said.

He also suggested that if Dogecoin’s advertising campaign continues, the cryptocurrency industry will, in the long run, be subject to stricter regulations. He believes that as soon as the Dogecoin bubble bursts, there will be regulatory investigations by bodies such as the U.S. Securities and Exchange Commission (SEC) and the United States Congress.

“If this is the gateway for retail investors to our ecosystem, it will hurt each one of us. There will be all kinds of regulators out there saying that this is proof that cryptocurrencies cannot self-regulate ”.

He also encouraged investors to sell their assets in Dogecoin as soon as possible.“If you made money, great, but get the hell out of it! It is a bubble, it is not real, there is nothing sustainable there. ”

What do you think about this statement of Cardano Founder? Do you agree? Are you an investor of Dogecoin?
Tell us what you think in the comments below.