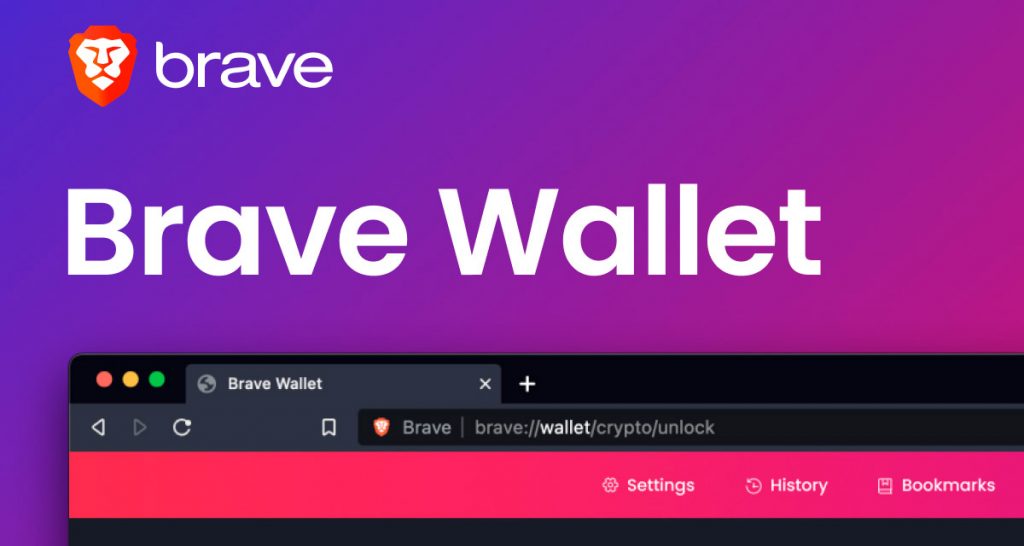 The new Brave Wallet is only accessible on desktops, but a mobile version is in the works. The new Wallet provides reduced exposure to phony versions of applications, phishing, and data leaks.

Brave, an Internet browser, unveiled the Brave Wallet, a native digital wallet of the program that does not need plugins and departs from its original version, which was a fork of MetaMask.

According to a news statement issued by the firm, Brave Wallet offers less vulnerability to fake versions of applications, phishing, and data leaks than wallets that work as extensions for the Browser.

With this new Wallet, it will be possible to buy, store, and exchange cryptocurrencies, including Basic Attention Token (BAT), the Browser’s native token.

It further says that users may use Fiat Money to trade via the WyreView live market.

With CoinGecko integration, it will be able to monitor precise market price information and link with hardware wallets like Ledger or Trezor.

Brave will also be compatible with networks such as Polygon, Binance Smart Chain, xDai, Avalanche, others, and other Web3 apps and DApps.

Specifications and other details of the new Brave Wallet

Delving into the website, it is an entirely free wallet for use, although operations and transactions, such as shipments and exchanges, will require fees (gas).

Brave Wallet is a wallet built on open source, so it is available for other people and entities to use and contribute to its development.

Currently, the product is available only for desktop programs and with the same browser requirements as before.

They do, however, expect that the mobile application will be ready soon.

“Once we have it, the same operational requirements will be requested as the Brave browser on Android or iOS mobile devices,” the company further added that fingerprints may be used to access the Wallet after it is downloaded on Google’s operating system.

The old Brave Wallet was a fork of Metamask

Brave also confirmed in their statement that the new Wallet is different from the previous version.

So, if you are new to cryptocurrency, you might wonder what Metamask is.

Metamask is a plugin that functions as a bridge between numerous DApps and a browser, leveraging several accounts and eliminating the requirement for a full Ethereum node.

However, they are not the same. For example, MetaMask, according to Brave, is not open source and does not have up-to-date market values. Furthermore, it contains additional processes and requires much more RAM.

For that reason, and as they explain it, the Brave Wallet is new and is built from scratch without using and, again, “natively in Brave Browser.”

Indeed, it is a commitment by the company to grow its services and approach the cryptocurrency industry more directly. This Browser has discovered a niche where they can reveal all they have to offer.