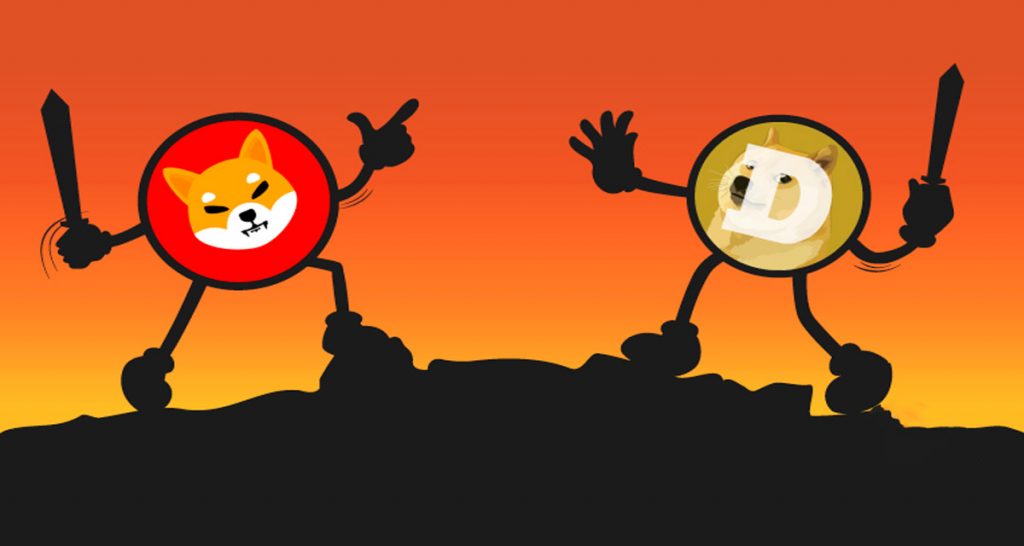 Shiba Inu beats Dogecoin and, with this feat, becomes the 9th largest cryptocurrency by Market Value while Dogecoin ranks in 10th place. Both cryptocurrency prices are influenced by social media and Public Celebrities alike.

According to Coin Market Cap, Dogecoin (DOGE), launched in December 2013 to mock Bitcoin (BTC), ranks 10th with a market value of more than $35 billion.

Also known by some cryptocurrency enthusiasts as the “dogecoin killer,” the SHIB token is attracting many investors due to its relatively lower price than Dogecoin. Recently, Shiba Inu hit an all-time high of $0.00008616.

Aiming to compete and scoff at Dogecoin, the SHIB Token has overtaken DOGE in the ranking of most valuable cryptocurrencies in terms of market value.

According to experts, the growth of SHIB and Dogecoin can be influenced mainly by the supporters and enthusiasts who cheer them on. More often than not, people’s influence on social media is driving the tokens’ performance.

Among the people who have made many tweets and social media posts about the two tokens is billionaire Elon Musk, CEO of SpaceX and Tesla.

Elon Musk posted a Chinese poem on his Twitter account on Tuesday 02nd, leading to significant rumors and discussions on social media to interpret his intention.

According to its official white paper, the creator of the SHIB token even calls it an “experiment in decentralized spontaneous community building.”

Officially launched under the name “Ryoshi,” this meme coin is making great strides and growing at an exponential rate and has even created a name for itself based on its growing adoption.

In May of this year, this cryptocurrency reached a weekly increase of 1946.11%, and recently, a buzz has arisen for Robinhood Markets Inc to add the token for trading on its platform.

Last year alone, this token gained over 40 million percent, and recently over 3480,000 signatures made a petition on Change.org asking Robinhood to list Shiba Inu.