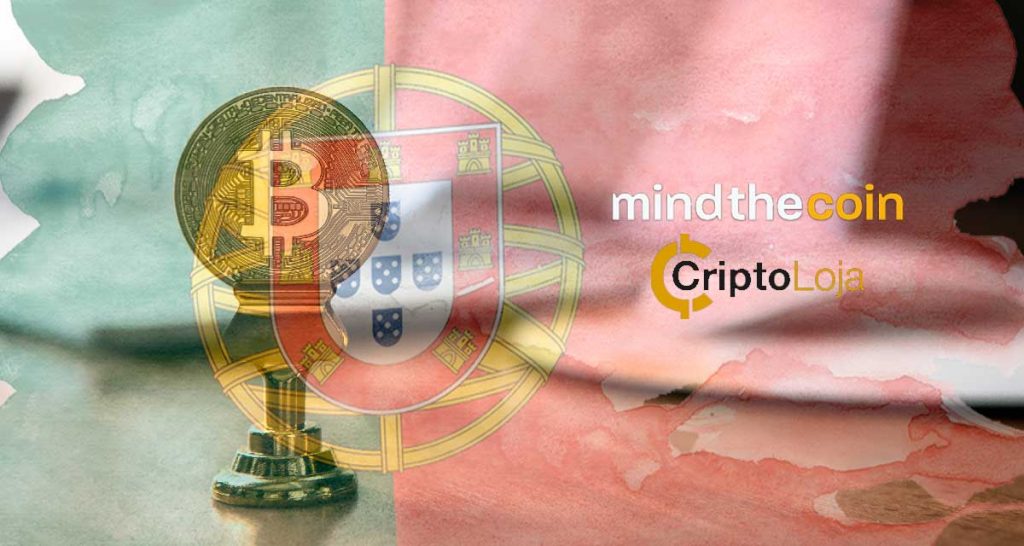 The Central Bank of Portugal authorized two Bitcoin Exchanges, to legally working in that country. The two exchanges are Criptoloja and Mind The Coin. They received the permits in Portugal. The Exchanges are considered “virtual asset service providers.”

The Central Bank of Portugal granted licenses and permits to two bitcoin and cryptocurrency exchanges to operate as virtual asset service providers in the country above.

The exchanges Criptoloja and Mind The Coin are the first two entities recognized under this concept, made public by the banking regulatory entity on June 19.

In the Portuguese Central Bank announcement, it is specified that the operators will offer services of exchange by fiat, transfer, custody, and administration of cryptocurrencies. Likewise, both entities and natural or legal persons must report their activity to the Portuguese tax office.

For its part, the Central Bank of Portugal (BCP) affirmed that the appointment of these companies as exchange operators of virtual assets is made under article 112-A of Law 83/2017, relative to money laundering, and the Notification of the BCP in the Portuguese Republic Diary,  number 3/2021, of April 23, 2021, which directly regulates the activities of this type of entities that operate with cryptocurrencies.

Pedro Borges, CEO of Criptoloja, told specialized media that the exchange had applied as an exchange operator before the Portuguese authorities on September 29, 2020.

The company could launch its complete services in the coming weeks. It is currently in a stage of registering users who want to trade on the platform, said the executive.

The big day has come! ₿
Criptoloja obtains a license from the Bank of Portugal

Mind The Coin, on the other end, Tweeted in regards to crypto ATMs, stating:

“Reinvent your space, stimulate critical mass in society and promote your business with unprecedented innovation! Consult us and embrace the future of Blockchain-based technologies.”

Mind The coin even provides a small video tutorial on how to buy crypto on their ATM’s:

The bank approved the commercial operations of these companies framed in the regulatory suggestions of the International Financial Action Group, which establishes the figure of virtual asset service providers (VASP, for its acronym in English) for those entities that work with any form of money transmission.

Even non-custodial services, such as decentralized exchanges, would fall under this FATF definition. This could have potential consequences on the privacy of Bitcoin (BTC) users and other cryptocurrencies around the world.

Portugal opens its doors to Bitcoin. What about Spain?

Portugal is one of the most Bitcoin-friendly countries in Europe from a fiscal and legal point of view. With Spain’s border, which has more stringent fiscal policies on cryptocurrencies, companies and investors may begin to rely on the Portuguese country for more significant benefits.

While, in Portugal, no specific responsibilities are acquired for the activity with cryptocurrencies, in Spain, several legal frameworks impose taxes on investors according to the profits and exchanges they make.

This year the number of taxpayers for cryptocurrencies in Spain was reduced, with 15,000 summoned by the authorities.

During 2020 that figure exceeded 60,000 taxpayers, which could suggest that many investors have not reported their activity, have not sold their cryptocurrencies for euros or could have migrated their investments to another jurisdiction.

It is also noteworthy that Portugal offers professional residents in technology, innovation, and arts, the payment of fewer taxes, which is undoubtedly also attractive for entrepreneurs in the cryptocurrency sector.

Criptoloja is the first company, 100% Portuguese, to provide the service for the purchase and sale of Bitcoin and other Cryptocurrencies. Risk-free, safe, and eye to eye. It has a physical store in the heart of Lisbon, on Avenida da Liberdade.

Criptoloja also provides an online service, through a video call, in which it’s guaranteed the same quality and security as a face-to-face service.
At Criptoloja, they take care of everything for you: your purchase or sale; and guarding your Cryptocurrencies.

Criptoloja’s motto, “No Risk, Safe, and Eye to Eye!” means they can give the customers all the support they need to provide a secure service in the Crypto World.

What is Mind The Coin?

Mind The Coin is a cryptocurrency ATM provider. For the moment, their ATMs accept only Bitcoin, Litecoin, or Monero, and in Portugal, you can see some of these ATMs in the cities of Alverca, Braga, and Maia.