Another Tweet from Elon Musk, another price drop for Bitcoin 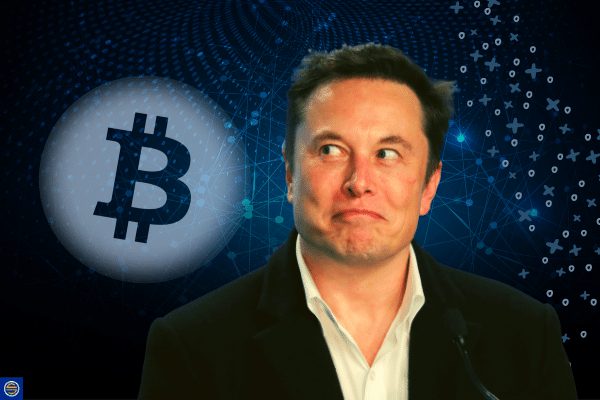 Another Tweet from Elon Musk about Bitcoin, and negatively impacted the price. What is he playing at? The crypto community asks.

Many representatives of the crypto community wonder, is Elon Musk so idle as to devote part of his time to pitching playful opinions about cryptocurrencies on Twitter? Or is the world’s second-largest billionaire getting the most out of these games?

Elon Musk, the CEO of Tesla and SpaceX, did it again: with a simple tweet, he managed to make the price of Bitcoin fall.

On this occasion, the first tweet was followed by others, all of them with images, all ironic. Of course, he received a flurry of comments from his followers. But let’s see the first of them:

The tweet “#Bitcoin” with heartbroken was accompanied by a picture in which a man and a woman are sitting on a sofa in apparent disagreement.

As we can see, the text implies a rupture and the appearance of a third party as the cause. It is worth noting that it is a part of the song “In the End” – by Linkin Park.

But the funny thing (because it does not usually happen) is that Musk made more than one tweet on the subject and responded to some users this time.

In the second tweet of the thread, there is another image of a couple that, in different beds, speaks through the computer.

Does Musk miss Bitcoin? Does he regret having walked away?

Well, look at the last bullet: you will notice that there is a graph of falling prices next to the image of the woman. What’s missing is that US$60,000+ BTC worth?

The appearance of Dogecoin

But not happy with it, Musk launches the third tweet with a meme-image about the Federal Reserve printing money and relating to Dogecoin.

It is a response to @BillyM2K, who identifies himself as the creator of Dogecoin, although he says that he is no longer part and who told him: “Elon, I trust you.”

It is already known that Dogecoin has an infinite impression, and that has been one of the criticisms that have been made, but what would Musk want to say here? That now the dollar printed massively by the US and Dogecoin are practically the same? The clear thing is that his tweet had an effect: an even more significant drop in the price of the meme coin.

However, the reactions in general lines were quite adverse. With more than 144,000 “likes” and more than 44,000 comments, users have again been critical of Musk’s ironic use and what happens to the markets every time he tweets.

Perhaps the most iconic of all (and one that sums up what many think of his tweets) is this response from crypto user Tony Spark @JRNYcrypto:

By the way, Elon responded to him with some laughing emojis and told him in another tweet: “He also needs laser eyes. ” Do you mean that it assumes higher prices soon?

Musk seems to play all the time. The fact is that what is done by Musk always has consequences in the crypto market. Outlets like Bloomberg headlined that Bitcoin fell after Musk posted this tweet.

But Bitcoin and the one loved by Musk, Dogecoin, is on the decline, down 13.56% compared to yesterday. But it is not the only one. All the leading crypto have fallen today, on average of 10%.

In this regard, the medium CryptoPotato expresses that Elon Musk’s tweets’ effect on the Bitcoin markets is evidence that inexperienced and emotional traders are still dominant enough to cause this volatility through panic selling. He adds that there is also a narrative that Musk is deliberately trying to manipulate the markets for the benefit of Tesla, which could mine BTC using solar power in the future.

Moreover, the funny thing is that he insisted on these tweets after the US Securities and Exchange Commission recently said that these messages from Musk have twice violated a court policy.