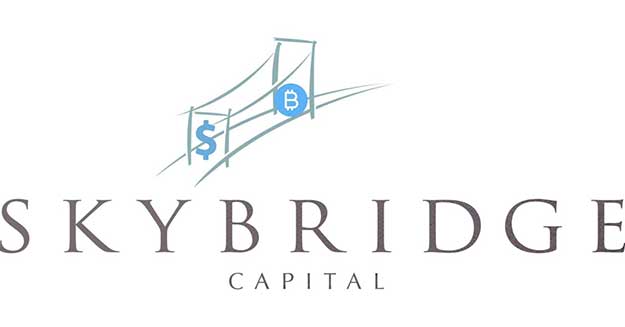 “We are only going to invest only in Bitcoin”, says the SkyBridge Capital CIO, who says the company will only invest in bitcoin after they have studied investing in gold

The Investment Manager at SkyBridge Capital, a New York fund manager giant, announced that the company will only invest in Bitcoin after considering investing in gold as well.

The decision was taken after several discussions about the purchase of alternative currencies to the US dollar. That’s because the company’s fear is of an even worse crisis with the monetary policies practiced by the Fed.

According to Bloomberg, SkyBridge Capital’s hedge fund manages US$7.5 billion. In this way, the company hopes to defend itself from the crisis with the largest digital currency in the world, Bitcoin.

“We are only going to invest in Bitcoin”, says a company that has also studied gold

Inflation is just one of the fears that haunt the global financial market. With the excess production of money since 2020, there is a fear among hedge fund managers that central banks will lose control of monetary policy, further intensifying the crisis that has already occurred.

For Troy Gayeski, in a conversation with Bloomberg, in a chaotic scene in the world economy, companies should seek even more uncorrelated assets, such as alternative currencies, mainly gold and Bitcoin.

Going through good times in recent years, gold and Bitcoin reached market maximums. But with the continuation of the Fed’s policies, Troy believes, the upward movement of the currencies will continue to rise.

Troy is the CIO (Chief Investment Officer) of the SkyBridge Capital fund, that is, the manager responsible for making investment decisions, which manages US$ 7.5 billion for its clients.

The price of gold in the markets behaved differently from Bitcoin in 2021. This is because the precious metal devalued until March, but rose again, registering records in its price.

Bitcoin, on the other hand, which rose until May, now retreats with the market analyzing the price of digital currency. Even so, Troy Gayeski believes that the Fed’s policy will continue until 2022, causing gold to rise in prices until next year.

With the same optimistic feeling towards Bitcoin, the investment company opted for digital currency in its portfolio. This trend of companies investing in Bitcoin instead of gold has become common in 2021 and would have been one of the reasons that led the price of the metal to fall in the first quarter.