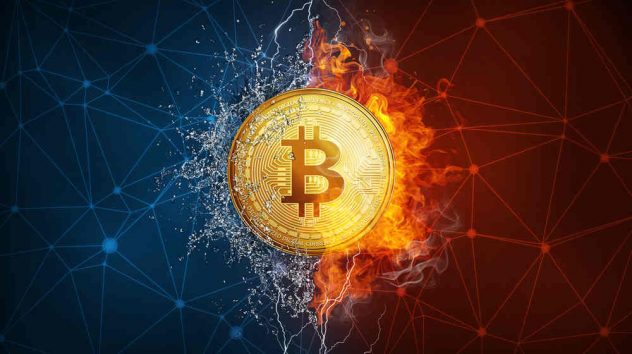 Bitcoin ATH in its recent rise makes “fortunes,” but regulators warn of the risk that it could also lose everything. For some, it is the future of the financial system. For others, it is a way of generating wealth.

“In the world of cryptocurrencies, everything happens very fast. But when you come in, it’s like a little animal that bites.” – Says a bitcoin investor.

Between communities on Reddit and Facebook groups, it’s easy to find out who had the first contact with the currency long before the market became what it is today. However, the little knowledge available at the time and the difficulty in acquiring virtual assets were authentic blocking factors.

Each bitcoin unit reached a value of 40,000 US dollars earlier this year.

A few months ago, Prices would have been considered absurd by many. But not for those who have kept assets of this type over all these years, having seen, with the new rises, the portfolio multiplied by four or five.

For these, the rise of bitcoin and other cryptocurrencies, seen over the past few weeks, was long-awaited. Inevitable, even.

Hold on for dear life.

Despite the risks of losing all of the capital, the regulators always remembered it – and the stories of the financial debacle of those who bought expensively and sold cheap around the peak of 2017.

Some remained firm throughout this time, opting for two other maxims: keep and accumulate.

In the community, these types of investors are called hodlers. The term derives from HODL (hold on for dear life).

Read More  Bitcoin Mining Power Had Its Worst drop Since 2017

They are investors who do not want to sell, some because they are looking for increasing valuations, others because they believe that cryptocurrencies will assume a central role in the global payment system, eventually in their name.