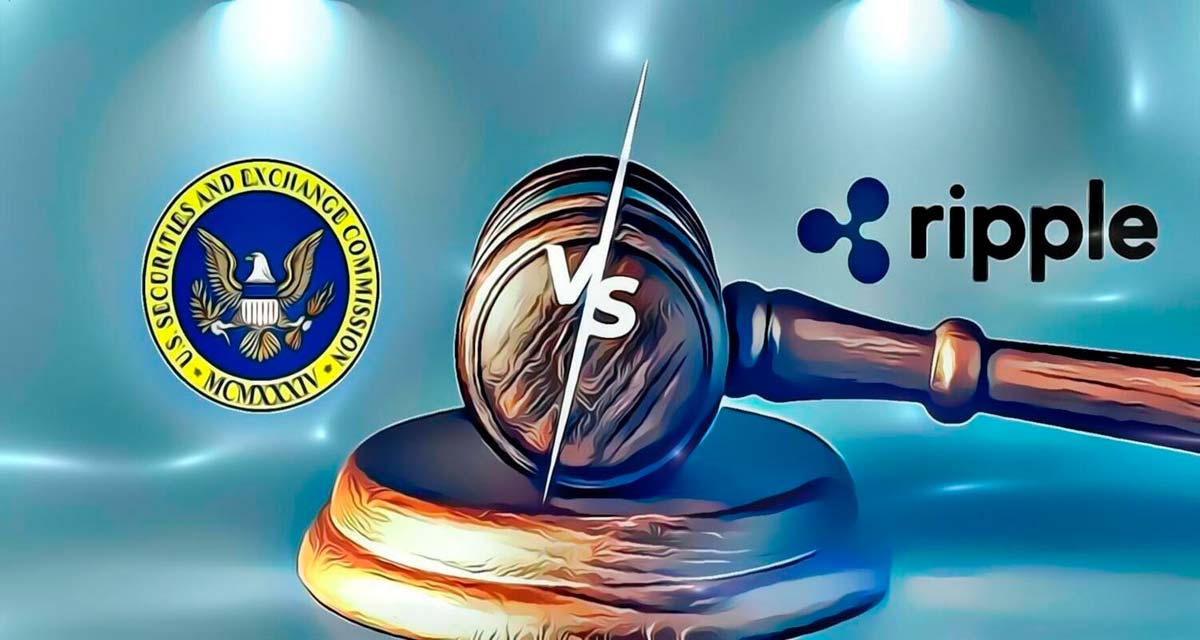 According to the information released by Bloomberg on July 16, 2021, Sarah Netburn, a federal judge in the United States, ordered that Ripple Labs Inc, the company that issues the cryptocurrency XRP, will be entitled to interview a former official of the United States Securities and Exchange Commission in court (SEC).

Ripple had asked the US magistrate to examine William H. Hinman, former director of the SEC‘s Corporate Finance Division between 2017 and 2020.

The judge ruled that Hinman must comply with Ripple’s requirement and noted that his testimony as a former high-ranking official will be very important.

The case involves important political decisions in our markets. The amount in dispute is substantial and the public interest, in this case, is significant.

According to Ripple, this statement by Hinman may be used as evidence of the SEC’s position on crypto assets. As mentioned, when the manager was in office, he indicated in a speech that bitcoin and ether are not securities. Ripple considers this feature to be attributable to XRP as well.

READ more:  NFTs in Social Media is like a zoo and some use them as a symbol of social status

Before the court ruling, the SEC had opposed Hinman being called to testify. The government agency believes that this SEC decision would jeopardize its normal workflow as officials would link their charges to a possible confrontation with the law.

XRP Is it an unregistered security or not?

This decision of the Manhattan Court adds another victory for Ripple because, in April of this year, the magistrate rejected the SEC’s motion to reveal the financial history of executives of the firm that owns XRP.

The SEC’s case against Ripple has progressed from late 2020 when the state entity sued the finance company and its founders for alleged XRP sales. According to the SEC, this would be unregistered security, while Ripple defines it as a virtual currency.

According to the complaint filed by the SEC, Ripple would have raised at least US$1.3 billion since 2013 through the sale of XRP. Similarly, it could have used that asset to pay employment benefits. Larsen and Garlinghouse were also charged with making unrecorded personal sales of the alleged security for a total of $ 600 million.

About The SEC Lawsuit Adventure

The SEC complained in court, by filing a lawsuit against Ripple-XRP on December 22nd, 2020. The Securities and Exchange Commission (SEC) has indicted both former CEO Christian Larsen and current CEO Brad Garlinghouse, on the grounds that the Ripple operator conducted a US$1,3 billion dollars from registered digital assets offering.

The lawsuit alleges that Ripple raised capital by selling digital assets known as XRP to investors in the U.S. and across the globe starting in 2013, and also distributed billions of XRP in exchange for non-cash goods, such as labor and market-making services.

Larsen and Garlinghouse also conducted personal unregistered XRP sales of approximately $600 million, in addition to structuring and promoting the XRP transactions used to finance the company’s operations, according to the complaint. The defendants’ actions were in violation of the registration provisions of the federal securities laws.

“Issuers seeking the benefits of a public offering, including access to retail investors, broad distribution and a secondary trading market, must comply with the federal securities laws that require registration of offerings unless an exemption from registration applies,”

Adding later “that Ripple, Larsen, and Garlinghouse failed to register their ongoing offer and sale of billions of XRP to retail investors, which deprived potential purchasers of adequate disclosures about XRP and Ripple’s business and other important long-standing protections that are fundamental to our robust public market system.”