What is Cryptocurrency? Complete guide 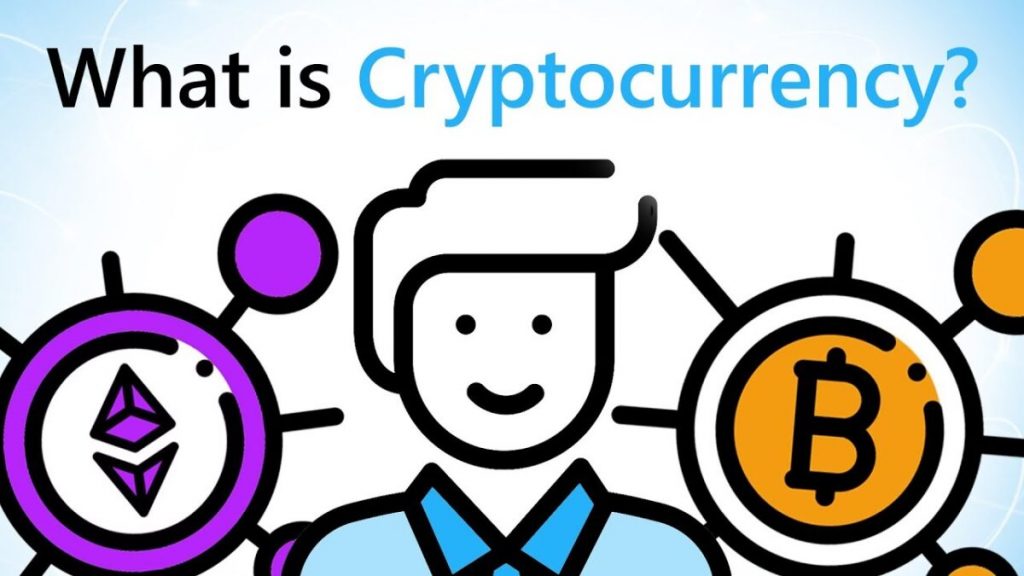 What is Cryptocurrency ? Although Bitcoin is the most common, there are several other digital currencies in circulation on the market. Understand how they work, what they are for, and how to invest.

Those who want to know what cryptocurrency is needed to follow the market, even from a distance. Probably you have already been surprised by the ups and downs of digital currencies in the news.

The most famous is Bitcoin, but many others also have relevance – as well as investor friendliness. But after all, what is a cryptocurrency? How do these assets work, and how to trade them?

If you are taking the first steps in digital currencies and you need to know where to start. It is a new asset class on the market and, precisely for this reason, arouses many doubts in those who are still learning.

We invite you to follow the following paragraphs to get closer to cryptocurrencies:

Generally speaking, a cryptocurrency is a type of money – like other currencies that we live with daily – with the difference that it is entirely digital. Besides, it is not issued by any government (such as the real or the dollar, for example).

But is that possible? Short answer, yes.
Before the Internet, people depended on the post office to send a message to anyone elsewhere. An intermediary was needed to deliver it physically – unimaginable for anyone accessing e-mail and other messaging services.

Something similar will happen with virtual currencies in the future. “With Bitcoin, you can transfer funds from A to B anywhere in the world without ever having to rely on a third party for this simple task,” explains Ulrich in the book “Bitcoin: Currency in the digital age.”

Although Bitcoin is the most well-known digital currency, the concept of cryptocurrency predates it. According to the Bitcoin.org website, maintained by the Bitcoin-linked community, cryptocurrencies were first described in 1998 by Wei Dai, who suggested using cryptography to control the issuance and transactions carried out with a new type of money. This would dispense with the need for a central authority, as with conventional currencies.

Cryptocurrencies can be used for the same purposes as physical money itself. The three primary functions are to serve as a medium of Exchange, facilitating business transactions; reserve of value for the preservation of purchasing power in the future; and also as a unit of account, when products are priced and the economic calculation is performed according to it.

In Ulrich’s view, currencies such as Bitcoin have not yet acquired the status of a unit of account due to the significant volatility to which their prices are subject for the time being.

To understand mining, you need to know that digital currencies – like Bitcoin – represent complex code that cannot be changed. Transactions made with them are protected by encryption.

As there is no central authority to monitor these transactions, they need to be registered and validated one by one by a group of people who use their computers to record them on the so-called blockchain.

The blockchain is a massive record of transactions. According to Ulrich, it is a public database containing the history of all transactions carried out with each Bitcoin unit (other digital currencies are based on the same technology). For example, each new transaction – a transfer between two people – is verified against the blockchain to ensure that the same Bitcoins have not been previously used by someone else.

In other words, mining represents the creation of new units of some types of digital currencies. If more computers are used to increase processing capacity for mining, the mathematical problems that need to be solved become more complex. This is precise to limit the mining process.

“Bitcoin was designed to reproduce the extraction of gold or other precious metal from Earth: only a limited and previously known number of bitcoins can be mined,” explains Ulrich in his book.

The price of digital currencies varies according to the good old law of supply and demand. When cryptocurrencies gain more attention, it is normal for them to be more sought after by investors, which increases the volume of purchases – and consequently, prices tend to rise.

“There are only a limited number of bitcoins in circulation, and new Bitcoins are created at a predictable and decreasing rate, which means that demand must follow this level to keep its price stable,” explains the Bitcoin.org website.

As it is still a small market, few cryptocurrency transactions can have a relevant impact on quotes. In just three months in 2017, Bitcoin’s price jumped from about $ 4,370 to $ 13,800. Just over a year later, it had already dropped back to $ 3,500. As you can see, quotes can be pretty volatile.

5.- Which are the major cryptocurrencies?

Although Bitcoin is the most well-known digital currency – the two words are often synonymous – there are various other types with distinct characteristics. Discover the leading cryptocurrencies available on the market:

Read More  What are Liquidity Pools in DeFi? A Quick Guide

6.- What are the advantages and risks of investing in cryptocurrencies?

Cryptocurrencies are current assets and have a very sophisticated operating logic. Therefore, there are still many people looking to understand better how to operate with them.

Digital currencies have some advantages over physical currencies and other means of payment. The Bitcoin.org website lists the following for Bitcoins:

Anyone betting on the digital currency market, on the other hand, needs to be aware of several details that are specific to that segment. Some of them are:

“These adjustments resemble traditional speculative bubbles: overly optimistic press coverage provokes waves of novice investors to push up the price of Bitcoin. Exuberance, then, reaches an inflection point, and the price finally plummets,” explains Ulrich. Some analysts are skeptical of this behavior, while others believe that the maturing of the market and the system tend to reduce volatility over time.

Security: Although Bitcoin.org reinforces the stake as a positive aspect of digital currency, Ulrich points out that if users are not careful, they risk “erasing” or losing their Bitcoins. “Once the digital file is lost, money is lost, just like paper cash,” he says.

Ulrich explains that digital currency wallets can be protected by encryption, but it is up to the user to activate them. “If a user doesn’t encrypt his wallet, Bitcoins can be stolen by malware,” he says. Likewise, digital currency exchanges need to protect themselves from hacking – news about thefts happens occasionally.

7.- How to invest in cryptocurrencies

There are some ways to invest or purchase Bitcoins and other cryptocurrencies. It is possible to buy shares of cryptocurrency funds, trade them directly in a specialized broker (also known as an exchange), accepting digital currencies as payment in some business or even mining.

Purchasing shares of funds is one of the simplest ways.  Brokers and investment platforms distribute these portfolios, and some require relatively low-value investments ($5,000 or even less). Funds can be a good alternative for those who want to expose themselves to the cryptocurrency market but do not feel safe doing it alone since the one who decides and monitors applications is a specialized manager.

Another relatively simple way to invest in Bitcoins and other cryptocurrencies is through a specialized broker. There are some houses, called exchanges, that offer this type of service.

The first step is to open an account on the Exchange, filling out registration with personal data. She may request the presentation of some documents or copies of them to validate the investor’s identity.

Some brokers adopt different protection mechanisms, in addition to the usual passwords, such as tokens. If it is the case of the Exchange that you have chosen, you will need to make the necessary activations. Then, transfer money to the account and start trading.