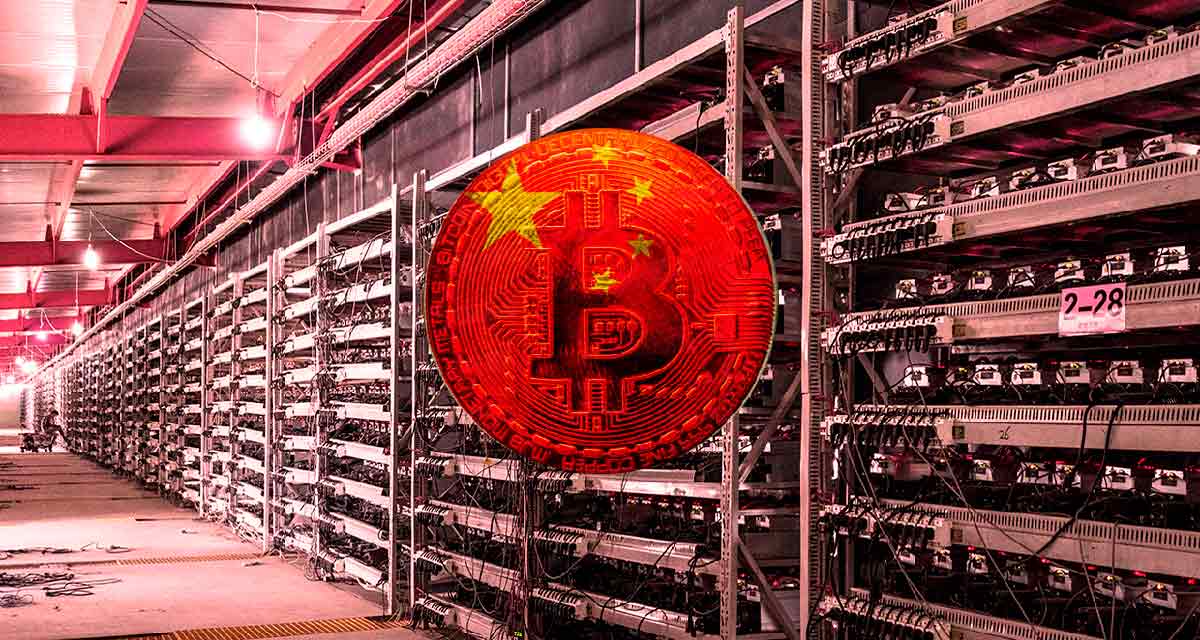 Only time will tell how the shift in the concentration of Chinese Bitcoin Miners, geographically, will affect countries’ economies as well as the price of Bitcoin after china forbids and shuts down crypto mining.

China continues to crack down on cryptocurrency mining and shows no sign of backing down. The latest offensive targets Sichuan Province.

According to a spokesman for mining platform BTC.Top, miners have moved to this province since crackdowns began in other provinces and it is also one of them where mining is heavily dependent on hydropower. Local news reveals that authorities have ordered all miners to cease operations immediately.

According to Colin Wu of the Wu Blockchain profile, the crackdown is mainly targeting large miners. This is mainly because minors can be difficult for authorities to find.

Wu also noted that one of the authorities’ measures was to cut power to cryptocurrency mining companies. He estimated that around twenty-six mining companies could be hit by the government’s new offensive.

READ more:  China will distribute US6.2 Million in Digital Yuan to some citizens in Beijing

Local news indicates that in provinces such as Inner Mongolia and Xinjiang, mining operations have virtually stopped.

The journalist also posted a video of the miners shutting down their equipment. The video, he said, went viral in the country.

While the video’s origins are currently unknown, the journalist is referring to increasing restrictions in China on Bitcoin mining. In fact, the country has been carrying out attacks on installations for some time, shutting down bitcoin mining facilities.

This has increasingly led miners to move to other countries in search of mining opportunities. It looks like China will lose its Bitcoin mining hub status. Regulatory uncertainty and repeated crackdowns are even causing the Chinese population to lose interest in cryptocurrencies.

Twitter users reacted quickly to the video. One said this is good news as miners can now move to better countries with favorable conditions. Still, most responses include conversations about how this is a bad government decision. They noted that this could even lead to China’s loss of power. Others reacted with sad emoticons.

So far, China’s major provinces, including Qinghai, Sichuan and Xinjiang, have banned mining. There was also talk in Yunnan, another major mining province, asking miners to pack their bags.

Kazakhstan AIFC and its power facilities

Although not everything is bad, according to Wu Blockchain, Kazakhstan AIFC ( Astana International Financial Centre ) officials seem to be looking for Chinese Bitcoin Miners as they have power facilities with a capacity of over 1680 MW.

Only time will tell how the shift in the concentration of miners geographically will affect countries’ economies as well as the price of Bitcoin.