Tesla will sell the Bitcoins it still has, Elon Musk suggested in a Tweet 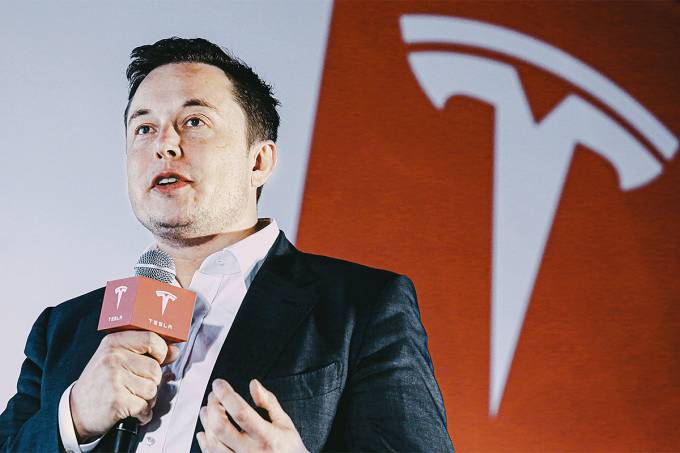 It seems Tesla will sell the Bitcoins while no one can say for sure why Elon Musk became a Bitcoin hater.

(update: 17/05/2021 13:41 UTC – added information about clarification of Elon Musk stating no bitcoins were sold by Tesla at that time)

Elon Musk suddenly changed from a big Bitcoin supporter to a big hater. The billionaire recently took the world by surprise by announcing that he will no longer accept the cryptocurrency as payment at Tesla due to environmental concerns.

For some reason, still unknown, Musk has been arguing with fans of the digital asset on the social network and, it seems, the billionaire is taking anger at the community that supports Bitcoin.

Bitcoin fans will slap each other

A famous profile that is known as MR. Whale, published a message saying that cryptocurrency fans will “slap themselves” next quarter when they discover that Tesla has disposed of the rest of the bitcoins it still has.

Just as he always does, Musk could very well respond by saying that he will not sell and take the opportunity to defend the digital currency, however, this time, the CEO of Tesla said “indeed“, leading to what we can assume will happen.

And then the reaction was fast to be heard. A Twitter user named @EmperorBTC stated on that social network that everyone has @CryptoWhale blocked and also saying that Mr. Musk replied to a scammer “who ran away with Life savings of 200 innocent people.”

No one can say for sure why Elon Musk became a Bitcoin hater. Before attacking the digital asset and even saying that Dogecoin – the currency made as a joke – will outperform Bitcoin, he defended the asset for the same reasons he criticizes today.

The tycoon changed his stance after participating in the Saturday Night Live program and seeing his favorite currency drop by about 30%.

At the time, many Bitcoin fans attacked the billionaire for promoting a “shitcoin”. He was ridiculed for his participation and saw several digital currency maximalists say that “Musk’s game is over, now let’s go back to Bitcoin”.

Some suggest that Musk may have been irritated by this and took things personally.

Musk, now seen as bipolar, has ceased to be the darling of the cryptocurrency community – at least the Bitcoin community – and is now classified by some as a selfish and swindler.

He is really focused on improving the Dogecoin cryptocurrency and even revealed that he started working with developers of the meme currency.

Musk could be overlooked and just put on a list of Bitcoin critics, but he has been directly responsible for the rise of digital currency in recent months and it’s impossible not to keep an eye on what he’s going to say.

A simple tweet from the billionaire caused the asset price to fall by about 15% last Thursday. When Tesla announced it bought Bitcoin, the digital currency appreciated by around 30% in a week.

Musk, therefore, despite being now a bitcoin hater that no one can bear to listen to anymore, should be noted because he has the influence to move the price of the digital currency in large proportions.

Musk has not only suggested that he will sell the digital currency but also demonstrated that he does not understand how Bitcoin works.

Following tweets criticizing the digital currency, the tycoon said Bitcoin is highly centralized. To defend his argument, he cited the recent case of an accident at a Chinese mining company that caused the digital asset to lose 35% of hashrate.

The billionaire made it clear that he doesn’t understand Bitcoin, but the digital currency worked exactly as it was meant to work. A week after the event the network adjusted and the cryptocurrency returned to normal.

It is possible to see, therefore, that Musk did not read the Bitcoin documentation and invested in the asset without understanding how it actually works.

Musk has also shown himself to be very angry with the Bitcoin community.

Responding to the presenter of the podcast “What Bitcoin Did”, who believes that the billionaire’s support for Dogecoin is just a “cheat”, Musk said that this type of “hateful” post is what makes him want to bet everything on the cryptocurrency meme.

Just as Tesla’s announcement to buy Bitcoin caused the asset to appreciate, the recent tweets by Elon Musk suggesting that he will sell the bitcoins have harmed the market.

In the last 24 hours, the digital currency has fallen by almost 8%, coming to be traded below the important support of US$44,000.

Clarification from Elon Musk about rumours of Tesla selling Bitcoins

Right after so much speculation about whether Tesla already sold or not Bitcoins, and after @BTC_Archive posted a chart about the price fall of Bitcoin, Elon Musk reassured that no Bitcoin was sold (yet).

If it will be sold soon, no one can say but it will probably be inevitable sometime in the future.