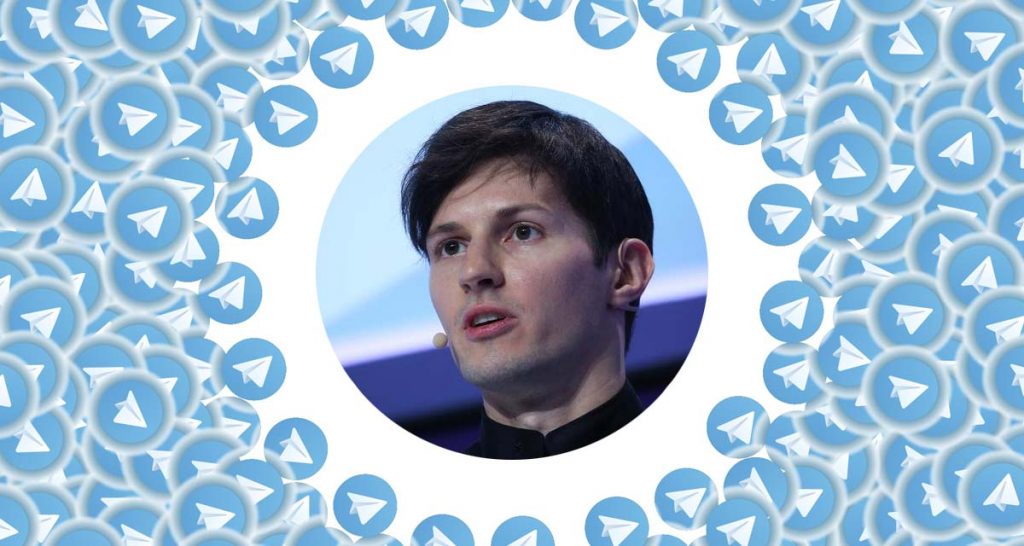 Russian entrepreneur Pavel Durov, who founded the messaging app Telegram, has denounced the Central Bank of Russia’s efforts to prohibit cryptocurrency mining and use in the nation.

Among his main criticisms is the loss of experts who will move to other countries and the destruction of several sectors that already depend, or will rely, on blockchain technology.

Although Durov has been very successful with his projects, such as the VK social network and Telegram itself, the government ended his dreams by banning the creation of the Telegram Open Network.

Even without Telegram’s public engagement, there is an option for the corporation to continue developing solutions without relying on the state, which, while being a giant in the Industry, is terrified of competition.

Despite this, the project continues to be developed independently, under another name.

Other companies, such as Facebook and Jack Dorsey Twitter, are taking alternative ways. The former is still attempting to promote its cryptocurrency, Diem, while the latter focuses on Bitcoin since it is more decentralized.

The Report on Cryptocurrencies issued by the Russian Central Bank

The Central Bank of Russia published on Thursday, January 20, 2022, a consultation document named “Cryptocurrencies: Trends, Risks, and Regulation,” proposing a ban on the mining and usage of cryptocurrencies such as Bitcoin.

In his five pages, two of which for the presentation, the Bank of Russia launches attacks that have already been refuted by state-sponsored organizations. The document begins by analyzing the size that cryptocurrencies possess.

With data as of December 2021, it cites a market capitalization of $2.3 trillion and transaction volume by Russians, estimated at $5 billion per year.

Going further, he also cites the growth in the volume of Bitcoin ETFs, available in countries such as the US and Brazil, as well as the expansion of the decentralized finance sector (DeFi), which now has many uses.

Following the text, the CB states that this growth of cryptocurrencies threatens financial stability. For example, it cites the high volatility of this market and the conversion of the Russian ruble to other currencies.

However, the most critical point is the comparison made by the Central Bank of Russia between “Dollarization” and “Cryptonization.”

Per the Central Bank of Russia, this results in the loss of power over economic choices in its own nation in both circumstances leading Russia, with intents to ban Cryptocurrency mining and the use of Bitcoin.

Russia to ban cryptocurrency mining and the usage of Bitcoin.

Following its reasons, the Central Bank of Russia declares that it is essential to forbid the mining and usage of cryptocurrencies such as Bitcoin.

For example, the CB points to China, which has emerged as the most prominent opponent of freedom.

Below are the three proposals of the amendments to the Russian legislation:

The World, for the time being, is divided over what to do about cryptocurrencies.

It’s worth noting that Russia’s Central Bank does not want to lose its power over the people, while the politicians see an opportunity to tax companies and citizens.

Read More  With the arrival of Taproot, will network fees go down in Bitcoin?

However, it is worth remembering that today Russia is one of the most prominent mining poles on the planet.

A day following the publishing of the Russian CB document, Pavel Durov made a post on his social network without hesitation:

In addition, he praised neighboring countries such as Ukraine and Uzbekistan for adopting progressive laws and aiming to protect the citizen while leaving the Industry open for development.

Finally, he pointed out that a ban will not stop criminals.

In other words, it will only affect those who care about bettering the World or their own lives without causing harm to others. Nevertheless, criminals would continue operating or enhancing their unlawful activities due to the ban.