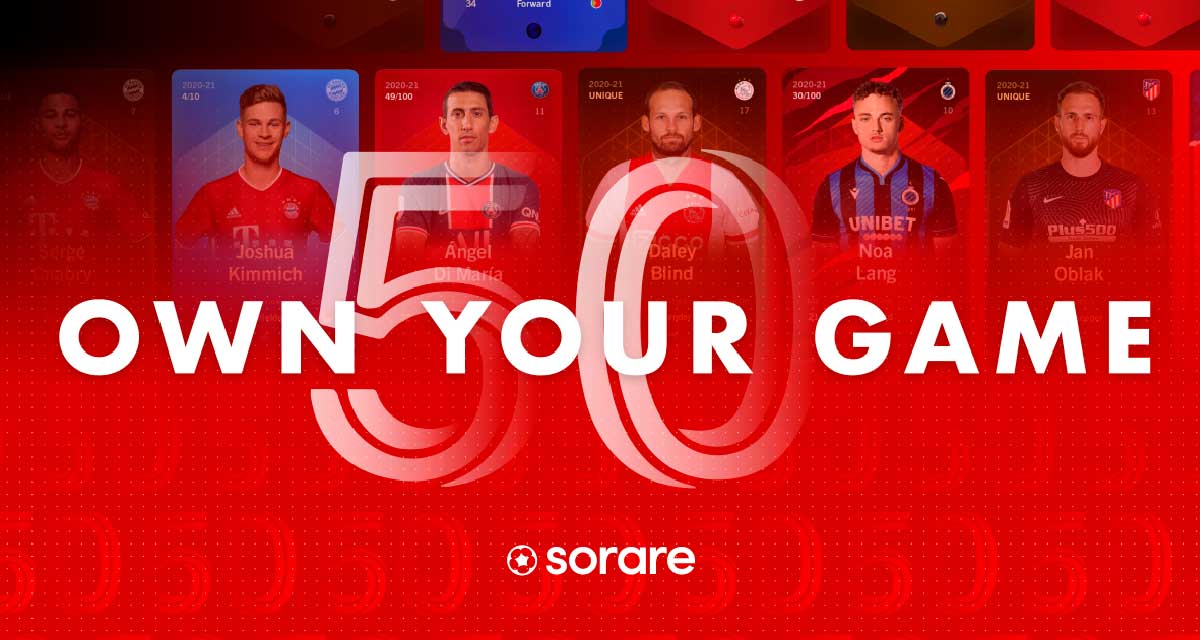 Sorare NFT fantasy football world expands to new horizons. Now, the most important clubs will have their NFT cards on the platform, but the national teams are also joining. The first inclusion will be of the French National soccer team, the current world champion.

Through a brief statement, Sorare’s team reported the arrival of the French team to its collectibles system on the Ethereum blockchain. Thus, the team that is currently contesting the Eurocup will have its direct representation, instead of through the cards of its players in their respective clubs.

Sorare will then have, wearing the national jacket, figures such as Antoine Griezmann, Paul Pogba, Karim Benzema, or N’Golo Kanté, who recently won the European club champion by winning the Champions League with Chelsea.

“We are honored to share this little story with you! The first cards of the National Team have just landed in Sorare. Introducing the World Champions, a golden generation, Les Bleus, welcome to La France!”

Regarding the start of the national team competitions, Sorare had already announced the creation of a special tournament dedicated to international football. Sorare collectors could compete in the Global Nations with their player cards registered for the Euro and America’s Cup. But now the novelty takes a new level, with the arrival of the French national team.

The statement of Sorare states that national team cards have the same utility as the club in the system platform. That is, they are used to participate in weekly fantasy tournaments, in which the scores depend on the real performance of each player in their disputed matches.

In addition, Sorare users will be able to trade their cards for the French football team on the card trading market. In Sorare, each user can participate in tournaments, collect the cards of their favorite players and earn money by selling cards.

Sorare has the support of the football world

Sorare’s growth, in just over a year and a half since its launch, is remarkable. It is already one of the NFT markets with the largest volumes of trade in the world today, with more than 2 million dollars in the last 7 days. According to data from DappRadar, in that period Sorare occupies seventh place, although in the last 24 hours it has the fourth-largest volume of trade.

With more than a hundred clubs from the main leagues in the world and the volumes of trade, Sorare has become a benchmark for the world of sports NFTs, with great support among fans and football figures.

Last December, the Catalan defender Gerard Piqué, FC Barcelona’s flagship, participated in a financing round for the project. Piqué came to invest up to 4 million dollars in the platform, through one of his companies.

A couple of months later, the company managed to raise up to US$50 million in a new round of investment, in which other stars participated, such as the French Antoine Griezmann and former players Oliver Bierhoff and Rio Ferdinand.