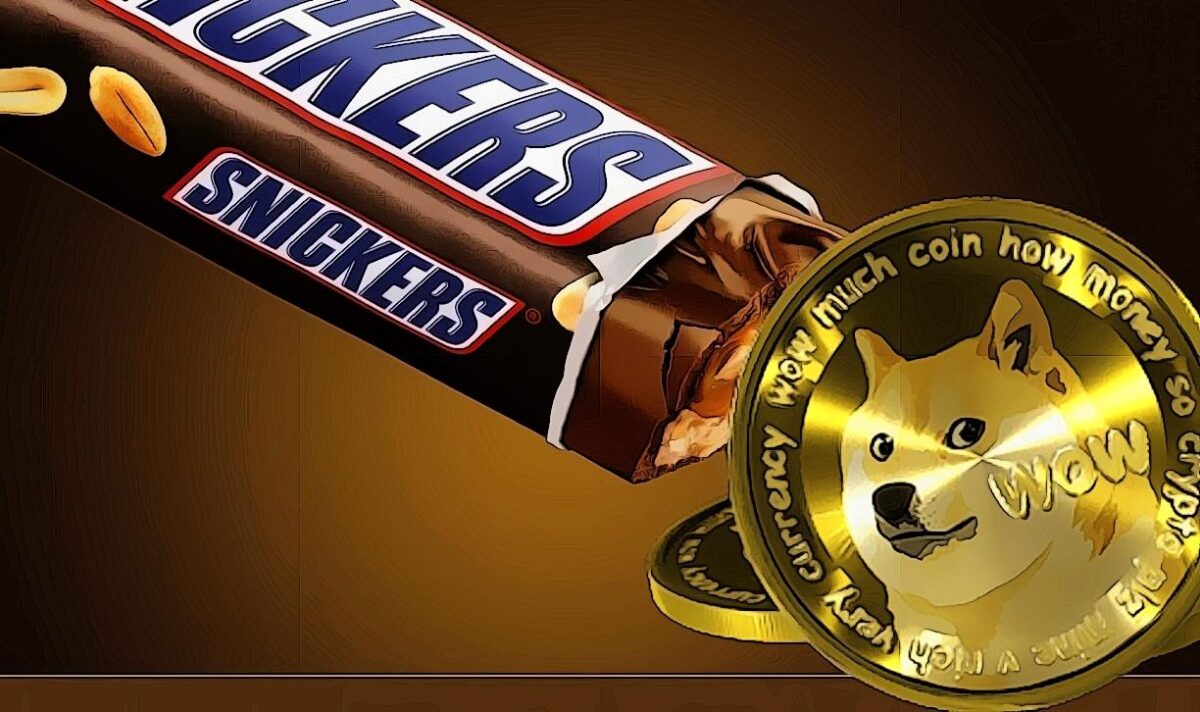 Snickers could not pass up this opportunity to increase the dogecoin hype since remains in the spotlight of investors.

Dogecoin has gradually become one of the most well-known currencies in the crypto market, and is certainly one of the “most valuable memes in the world”. The currency, which started out as a big joke – and is actually one today – is even challenging other big projects, valuing when the rest of the cryptocurrency is falling.

But the coin achieved a very interesting fact: One of the most famous chocolate bars in the world officially made a joke on Twitter by placing Dogecoin in its packaging.

The joke is that the cryptocurrency community tends to adopt other memes. Therefore, April 20 (4/20 in the US standard) is a date considered a meme, as it has a link to the popular code for the use of cannabis.

However, Mars, the company behind Snickers, wanted to make it very clear that it does not intend to create a packaging with the Dogecoin design, stating: “This is not an official Snickers packaging, just a cool Doge gif. “

The currency is at a bullish moment, even entering the Top 5 of CoinMarketCap based on market capitalization.

Dogecoin‘s surprising growth caught everyone’s attention. With the help of Elon Musk and other celebrities at the beginning of the year, the currency broke different price records.

What nobody expected is that after that “pump” moment, the currency would not lose strength, quite the contrary, it would still have another sharp appreciation.

Snickers also branded the DogecoinRise profile on Twitter, an account with many followers and an important name among community influencers.

Of course, this is also not an investment recommendation by Snickers.
However, it can make fans of the coin have a new favorite snack to take advantage of the many ups and downs of the roller coaster that is the Crypto Markets.