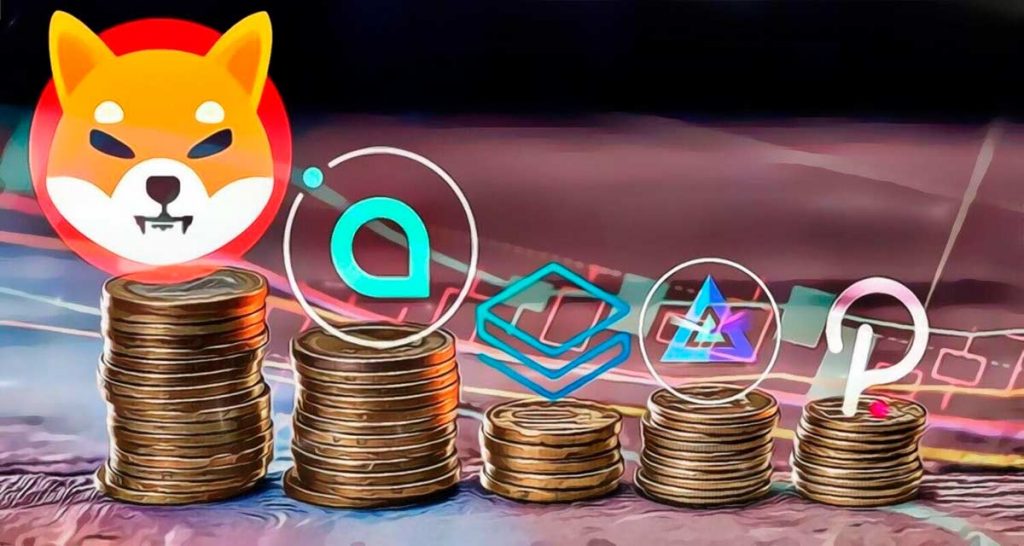 Bitcoin drives the market up. Siacoin maintains an increase of more than 20% and presents its quarterly financial balance, while a new tweet from Elon Musk makes Shiba Inu rise by more than 224%.

From October 4 to 10, 2021, the cryptocurrency market maintains the bullish cycle that began the previous week. According to Live Coin Watch statistics, most altcoins show rises that have reached more than 200%.

The weekly top is headed by Shiba Inu (SHIB), which exploded after Elon Musk’s tweet while Siacoin (SC) presented its Q3 report and announced token burning. Both are followed by Stratis (STRAX), which begins a new period for exchanging STRAT tokens for STRAX, and Beam (BEAM), which is preparing to launch a new governance token.

The price of bitcoin (BTC) has risen since last week, gaining almost 15% of its value in these last seven days. The price of the cryptocurrency remained in the range of US$47,000 and more than US$55,000.

According to JPMorgan Chase analysis, the growing interest of institutional investors in bitcoin is one of the reasons for the recent cryptocurrency rally.

He adds that the statement by the US authorities stating that they will not ban bitcoin, as China did, is another cause of the rise. Added to this is the growth of the second layer network, Lightning Network, due to the adoption of BTC in El Salvador.

Ethereum miners have discovered new ways to bypass Nvidia’s GPU limitations to mine the cryptocurrency. Some computer scientists managed to unleash the mining power Nvidia represses in some of its video cards using NBMiner and Gminer, two programs dedicated to mining ETH.

Meanwhile, other relevant cryptocurrencies by market capitalization also show growth. XRP and Polkadot (DOT) up 12%; Dogecoin (DOGE) earns 10%; and Litecoin (LTC) appreciates 5.6%. Only Cardano (ADA) lost 0.9% of its value in these seven days.

Shiba Inu shoots himself after a tweet from Elon Musk

Again a tweet from the billionaire owner of Tesla, Elon Musk, triggers the price of the cryptocurrency meme. As with Dogecoin, the value of Shiba Inu is often driven by what happens on social media, which makes it very volatile.

On this occasion, Musk tweeted a message on October 3 in which he showed an image of his Shiba Inu puppy, named Floki, along with the phrase Floki Frunkpuppy.

It also placed above Litecoin and Avalanche, given the rise in its market capitalization, ranking 13th in the cryptocurrency ranking.

Although the price has fallen slightly in the following days, the cryptocurrency rose more than 224% in a week. Shiba Inu is a cryptocurrency founded in August 2020 by an anonymous nicknamed «Ryoshi.» The only thing known about its founder is that he has a love-hate relationship with Dogecoin (DOGE), the meme coin born in 2013.

Although SHIB defines itself as “DOGE Killer“- dogecoin killer -, it uses a meme very similar to that of its supposed opponent. Both are symbolized by the image of a Shiba Inu dog.

SHIB’s market capitalization is US$15,484 million, and the daily trade volume is US$5,812 million.

In a message posted on Twitter this week, the Sia Foundation announced sufficient funds to begin burning coins for the next four years.

SIA presented the transparency report for the third quarter of 2021. It indicates that they have 1.77 million dollars budgeted for the financing of the Foundation in 2022.

They add that “in light of our objective of not holding funds for more than four years in USD, we can now determine how many coins we can safely burn,” although they do not mention the amount or the date for the burning.

They also claim not to have converted any native tokens to dollars in this third quarter, so the Foundation’s holdings remain at an 80/20 ratio in SC and USD, respectively.

SC growth was 20% in seven days. The cryptocurrency peaked at US$0.0224 on October 5, continuing higher the following days with some corrections.

The market capitalization is estimated at US$993 million, and the daily trade volume is US$64.6 million.

Seven days, starting on October 8 is the established period for the Stratis community to exchange their holdings in STRAT, the platform’s old token, for the new STRAX.

It is reported by the Stratis team on its blog, indicating STRAT token holders who wish to exchange them for STRAX must do so before October 15, 2021. All tokens not traded after the date would be burned. This burn takes place within the framework of a massive event in which it is planned to burn more than 5% of the supply of tokens destined for the exchange, which is equivalent to more than US$10 million.

STRAX is a token launched by Stratis in September 2020 to replace STRAT and as part of a transition towards a new blockchain. STRAX has a more focused approach to developing DeFi projects.

The information is giving a significant boost to the price of STRAX. The cryptocurrency has seen an increasing advance since October 5, although with some ups and downs. By Friday the 8th, it had a peak of more than USD 2.64 per unit. On average, their progress has been above 17%.

At press time, the market capitalization is USD 242 million, and the daily trade volume is USD 12.2 million.

In a note posted on their blog on October 7, the Beam team announced the launch of a new token, called BeamX, for October 21.

They explain that BeamX is the governance token that will operate in the Confidential DeFi ecosystem that they are building. It will also serve the various applications on Beam, including stablecoins, loan systems, and decentralized exchanges.

According to the brief, BeamX can be obtained by participating in various ecosystem activities, providing liquidity to DeFi applications governed by decentralized autonomous organizations (DAO), or participating in the BEAM governance process.

.”.”They also indicate that “the launch will act as the first distribution mechanism of the BEAMX Confidential Asset and beamers.”

Following the announcement, the token’s price rose, peaking at US$0.939 on October 8. Later its value began to fall, maintaining an average weekly advance estimated at more than 12%.

As of press time, BEAM’s market capitalization is US$64 million, and daily trade volume is US$8 million.

eToro adds Polkadot and Filecoin to its platform

The investment platform eToro has added Polkadot and Filecoin to its cryptocurrency offering, which now has a list of 31 crypto assets, according to the company in a statement.

The announcement was made on Twitter on October 5, explaining that the exchange with cryptocurrencies will not yet be available in the United States.

They add that the addition of DOT is due to the interest was shown by investors in this cryptocurrency, which “is gaining more and more popularity among crypto enthusiasts.”

According to the writing, the unique structure of the token to help reduce transaction fees for different assets is another of its strengths. “Polkadot is one of the top ten crypto-assets in the world by market capitalization, being more valuable than Litecoin and Dogecoin.”

Amid these advances, the value of DOT rose more than 11% in one week. The upside has been steady since October 6, taking the cryptocurrency’s value to a high of more than US$37.12 on October 9.

The market capitalization is US$1,579 million, and the daily trade volume is USD 15.1 million.