Sea Token: The new project aimed to save our seas 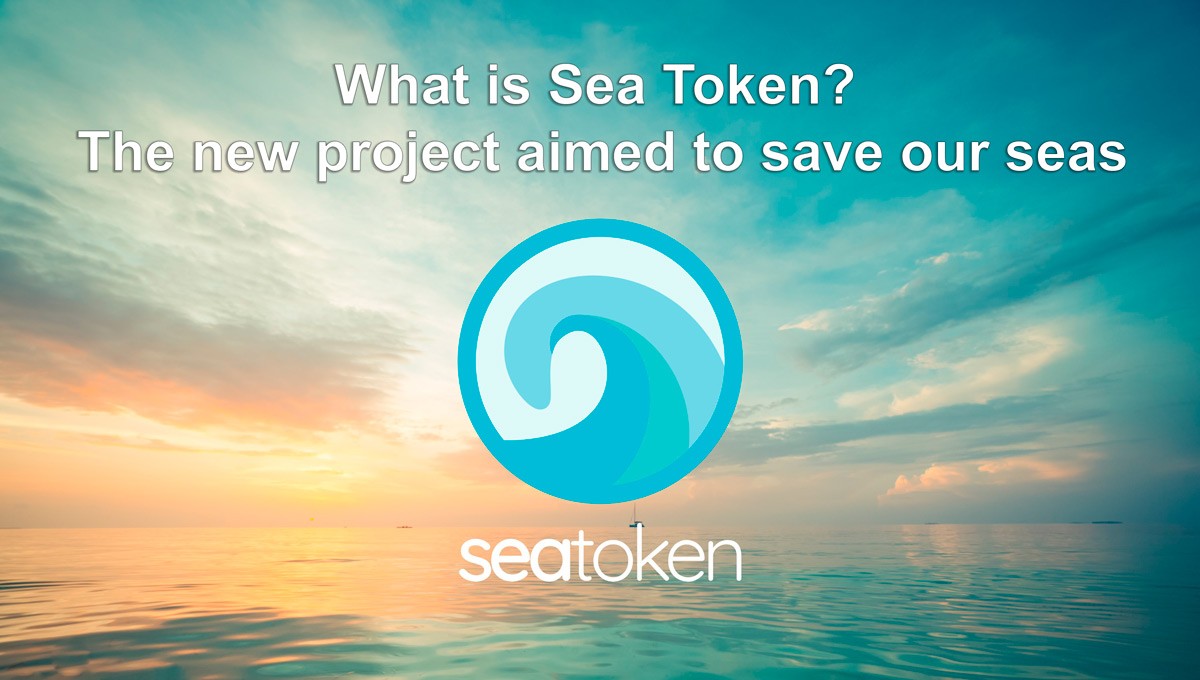 SEA Token is a deflationary cryptocurrency designed to feed organizations working to save our seas with financial resources, and to support the development of our environmental dApps.

So, with so many deflationary cryptocurrency projects out there, there is one that stands out from all the others. Sea Token.

According to common knowledge, we have 10 years to save the oceans. From overfishing to global warming, to acidification of water, to pollution by oil, chemicals, and waste, and also to the destruction of habitats, the long-term consequences, both for the oceans and planet earth, are immeasurable. Across the planet, several organizations are trying to tackle this problem however governmental priorities are constantly changing funds too.
And this is where Sea Token comes into play.

With the motto “NO WATER, NO LIFE. NO BLUE, NO GREEN (SYLVIA EARLE) ”, this project has two objectives:

With each transaction:
2% to partners to protect our oceans
2% distributed to all holders
1% locked into liquidity forever

Token listing plans: CoinMarketCap application submitted 27/04/2021, and SEA Token is waiting for Pancakeswap Info to update to a sufficiently recent block before they can submit to CoinGecko. Also, Blockfolio will add a listing for upvotes as soon SEA token devs have enough people on their socials – upvoting must be quick and decisive.

Transparency/trust: SEA Token, is a registered Community Interest Company with charitable aims. The organisation and team is fully public, as are their accounts and reports.

The SEA Token smart contract was audited by Techrate and you check the full report here.

Or if you prefer you can check directly on their website, here: SEA Token

According to the Sea Token Whitepaper, to solve point number 1, there are some Dapps that are being created for this purpose by the team of this cryptocurrency, such as:

READ more:  DeFi ETF by Goldman Sachs receives criticism being even considered "like a fraud"

For this, SEA Token developers are creating an AI pool with filters to:

SEAhub will be available for Windows and Mac through an online interface.

3. SEAsignals – a Dapp designed to form output for the conclusions of analysis on SEAhub and will be designed to share the informality for the Media, Government agencies, mailing lists, social media, etc.

According to the developers and their Whitepaper, with the use of these applications, it will be possible to build a flexible path in real-time of information flow created by people with the same mindset around the world, to be analyzed and disseminated economically and efficiently.

To solve objective number 2, there is the SEA Token, which is a deflationary cryptocurrency, designed to provide organizations working in our seas with financial resources to carry out the protection of the Oceans.

Where and how to buy Sea Token?

For now, you can buy SEA Token in Pancakeswap. SEA Token devs are planning to list SEA Token in the future on multiple exchanges. Devs claim they will keep investors well informed.

The SEA Token team work with these organisations in two ways:

Every month, the 2% taken from transactions is distributed according to which of our partners has priority needs that month.

The organizations are the following: