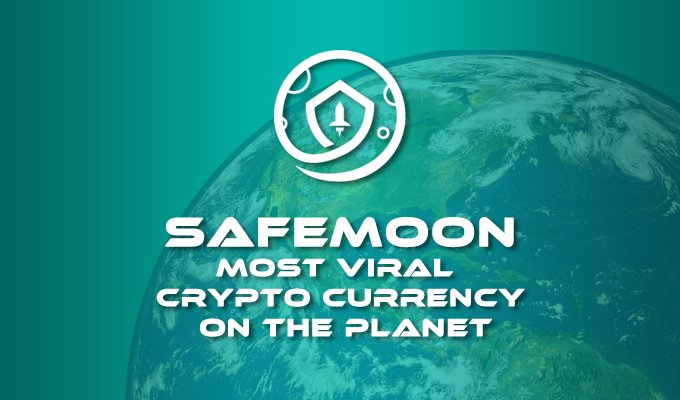 Safemoon Protocol, just after the latest crash it just recovered and keeps going up. Latest AMA brought us amazing news from the devs and unveiled some of what Safemoon is bringing up to us.

After the crash, there were already a bunch of exchanges added, like LetsExchange.io, Gate.io, ZBG.com, and others, which some needed to upgrade their servers to deal with the massive volume SafeMoon brought to them.

Right now, investors are understanding a little more of what this token is, and what devs are doing.
For you to buy Safemoon, you can check our article “How and Where to buy Safemoon”.

One of which seems to be spreading FUD on Safemoon Protocol and other coins is WarOnRugs. And according to Zimbo Live News, WARONRUGS is motivated to bring down SafeMoon by spreading FUD about SafeMoon.

FUD is short for  Fear, uncertainty, and doubt (often shortened to FUD) and is a propaganda tactic used in sales, marketing, public relations, politics, polling, and cults. FUD is generally a strategy to influence perception by disseminating negative and dubious or false information and a manifestation of the appeal to fear.

Still, according to Zimbo Live News, WARONRUGS has accused the developers of SafeMoon of running a scam and would pull the rug on the SafeMoon project and all the investors would lose their money. Also, WARONRUGS has not verified these accusations.

Safemoon devs have been transparent and up till now, there is nothing that tells us that the devs are here to Scam, at first sight. The project has grown in a sustained, transparent manner, with its weekly AMA, completed roadmaps in good time, and also participated in the Miami Crypto Expo.

The logic would be, if they were to scam millions of investors they wouldn’t show their face, and not anyone would know their locations. Also, they have been giving all their information to exchanges and Coinmarket Cap for them to get listed.

How High Can Safemoon Go?

Right after the AMA finished, in which US$250 Million was locked, the CEO John Karony did another Live, “stating that the AMA did not go on the way he had planned or expected”, this time in a more professional way, trying to answer some of the concerns from investors.

You can see below the Safemoon CEO John Karony Live:

After the AMA Gate.io, LetsExchange.io and ZBG.com listed Safemoon Protocol. The price then plummeted from US$0.00000216 to a max of

The top exchanges for trading in SafeMoon are currently MXC.COM, Gate.io, WhiteBIT, BitMart, and PancakeSwap.

Susannah Streeter, senior investment and markets analyst at Hargreaves Lansdwon, said much of the demand is based on “traders hoping to benefit from future price rises rather than using the coins or tokens as a means of exchange”.

Ms. Streeter said: “Predicting the point at which demand subsides and prices being to fall is very difficult, if not impossible.” The investment and markets analyst warned: “People risk getting their fingers seriously burnt.”

On 25th April 2021, it happened the latest AMA from Safemoon Protocol devs.

As usual, the fast speech started with gratitude to the holders and community of Safemoon and was presented some of the new directions following the roadmap.

In fact, some news from the latest AMA from Safemoon CEO, are:

One of the plans for Safemoon is the Exchange development. They got massive help from the community since they started the fundraising.

The “Safemooners” can give funds in crypto, the common coins, such as BTC, ETH, XLM, DOT, LINK, BNB, Chainlink, and Doge.

Till now 88% of donations by the community, from a goal of 1 million dollars.

In just 50 days Safemoon Protocol went literally Viral. It achieved so much in so few times. Besides the acquisitions of Safemoon, their social media growth with amazing numbers, such as:

What do you think about Safemoon? Are you a holder?!
Please tell us in the comment section below.

Also if you like this article, please share it. This way we can continue to provide you with quality news.