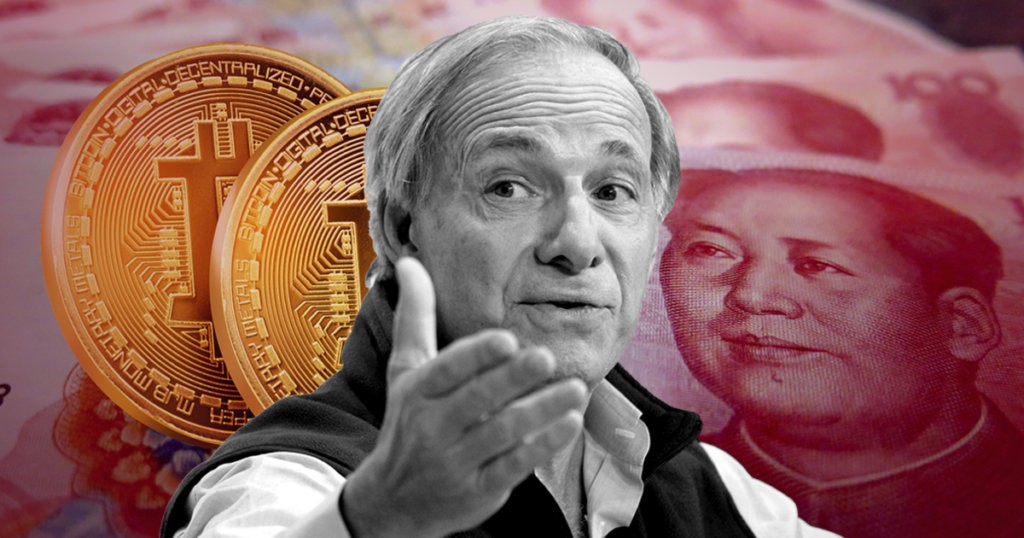 Ray Dalio, a longtime bitcoin critic, is optimistic that the digital yuan will play a much more important role than the digital dollar

Ray Dalio, a billionaire investor and founder of Bridgewater Associates, the world’s largest hedge fund, said the digital yuan will be far more competitive than the digital dollar.

In an interview with the CNBC channel on Monday 31st May 2021, Dalio believes that the United States will issue its digital dollar one day and, “for sure, it will be viable”. But it will not be the most competitive digital currency, as its value is likely to be hit by rising levels of American debt, he added.

Currently, China is the largest trading nation in the world, that is, it is the number one country in exports and imports. Dalio expects more negotiations and financial transactions to be denominated in yuan.

“I think you will see the renminbi become a more significant, stronger, stable currency, with attractive yields and more widely used in the coming years,” argued Dalio.

Currently, the dollar is the largest cryptocurrency in the world, with a share of almost 60%, according to data from the International Monetary Fund (IMF).

Currently, the Chinese yuan has a 2% stake, behind the euro, the Japanese yen, and the pound sterling, according to IMF data. However, Dalio expects the yuan’s share to increase between 10% and 15% over the next five or ten years.

“I think it will gradually happen faster than many people probably expect,” he said. “A lot of this has to do not just with what China does. It has to do with what the dollar does. ”

China is approaching the launch of its digital yuan after more than six years of research and development.

The United States, on the other hand, has only recently begun to explore the idea of ​​creating a digital version of its currency. Federal Reserve, the country’s central bank, plans to publish a discussion article on the possible issuance of a digital dollar.