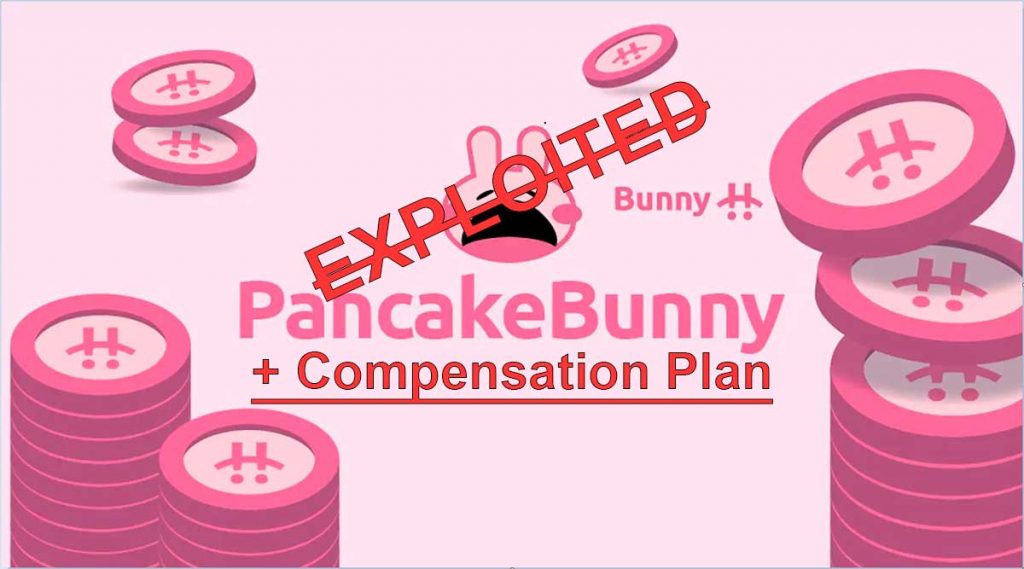 Another ‘normal’ day in the universe of decentralized finance – a platform that promised yields with the so-called “stake” has been hacked and users are unable to withdraw funds.

Pancake Bunny, a DeFi yield optimizer project built on Binance Smart Chain, that aims to optimize yields, was attacked last Wednesday 19th May 2021, which resulted in roughly US$1 Billion being stolen from its smart contracts resulting in the price fall of more than 97%.

In a single transaction, an unknown user had drained BUNNY of roughly US$1 billion, exchanging the flash loan loot to BNB, Binance-pegged USDT, and other tokens via Pancakeswap.

Pancake Bunny is a BSC DeFi project led by a Startup Company named Mound, which raised US$1.6 million from Binance Labs and several investors in April.

The platform promises to help Binance Smart Chain users maximize revenue from AMM pools, such as Pancakeswap, by blocking tokens in Bunny’s smart contract to earn more tokens as rewards.

The Bunny token was traded for about US$150 each last week; after the hack, it was sold for just US$1. At its peak price, the project exceeded US$10 billion in total blocked value (TVL).

“Our team is working on the problem and making progress. In the meantime, we are temporarily pausing deposits (withdrawals too). We will share additional updates as soon as possible. ”

The team has subsequently released an update detailing how the flash loan incident took place.

Following the Exploit, $Bunny clearly made a comeback, and the pBunny team has found a way to compensate its investors.

Past May 23rd, 2021, the $Bunny team announced on Medium the pBunny Pool Compensation.

All pBunny holders had their tokens automatically staked in the pool and displayed in the Compensation Pool UI and stating that will be no airdrop of any kind.