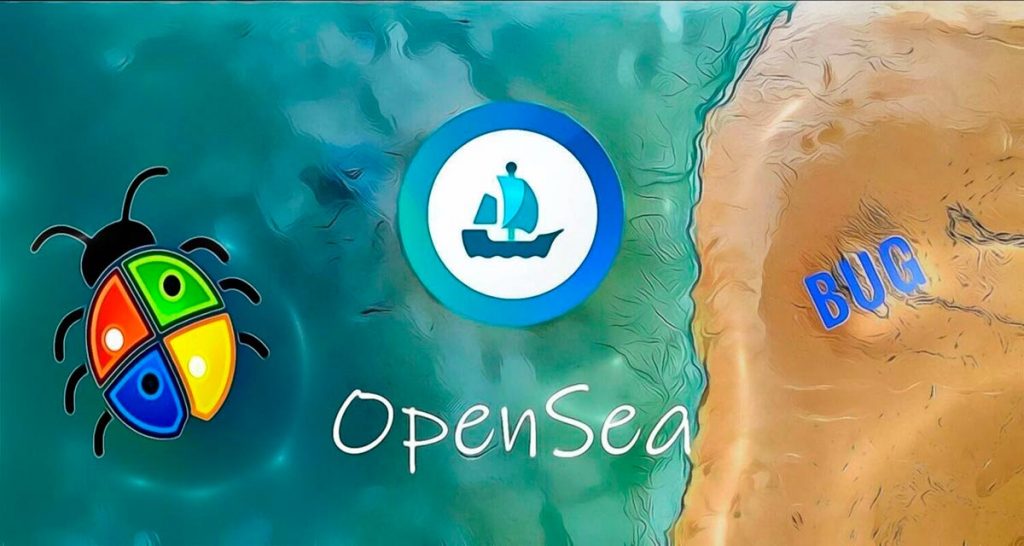 Opensea NFT marketplace Bug destroys 42 NFT Collectibles Valued at 28 ETH. The tokens ended up in the burn address and the victims of the event ask that their losses be compensated.

At least 42 collectible non-fungible tokens (NFTs) valued at around 28 ethers (ETH) disappeared due to a bug that occurred in the Opensea tokenized marketplace.

Nick Johnson, lead developer of Ethereum Name Service (ENS) warned about the failure of one of the largest platforms out there for NFT trading.

In fact, among the destroyed tokens is one that was owned by Johnson. It was the oldest decentralized domain name in the entire ecosystem, rilxxlir.eth. One of the first registered and available for auction in 2017, as reported by the developer in a Twitter thread.

Since its inception, the Ethereum naming service has minted NFT tokens that represent top-level domains that are owned by the company. Eventually, these are auctioned and according to the story, that was precisely what Johnson was trying to do when a mistake took away the opportunity.

“I thought this would be an interesting offer, but for various strange reasons [the NFT] was currently on an ENS account, even though I registered and renewed it with personal funds,” Johnson confessed.

Because the domain name was on the company account rather than Johnson’s personal wallet, it had to be transferred before bidding. That’s what he did when suddenly a call informed him that the NFT ended up at the address that OpenSea uses to burn tokens. This means that the digital assets transferred there can never be recovered.

“Turns out I was the first and apparently only victim of a bug introduced on your page that affected all ENS ERC721 token transfers, now rilxxlir.eth has been burned forever,” the developer wrote.

For Johnson, the story seems to have ended well because, although it no longer has ENS’s historical NFT, it still retains its domain and can change the addresses associated with it. In addition, to reward him for the failure, Opensea transferred him digital art from the collection of the Proof of Beauty Studios (POB) studio.

More than 40 NFTs disappeared from the Opensea market

Although Johnson said that Opensea had fixed the bug, it subsequently reported that 30 transactions from 21 different accounts were affected by the flaw that transferred 42 NFTs to the burn list. The calculations shared by Johnson indicate that the value of all tokens destroyed ETH is 28, about US$98,000, depending on the price of cryptocurrency at the time of writing this note.

Several affected users have taken to Twitter to report the irregularity where they ask for a refund, the same treatment that Johnson received.

In March of this year, this media reported that the OpenSea market obtained revenues of USD 23 million in its first round of fundraising of Series A.

At that time it was said that the startup would allocate the investment to expand the development team faster and provide more comprehensive solutions to users.

David Finzer, co-founder and CEO of the platform, said on that occasion that the company has many plans to offer the best experience to lovers of non-fungible tokens (NFT).

Data shared by Johnson indicates that the 42 NFTs burned were worth 28 ETH. Source: @nicksdjohnson / twitter.com