For NFT’s, Ethereum gas reduction is not the only challenge 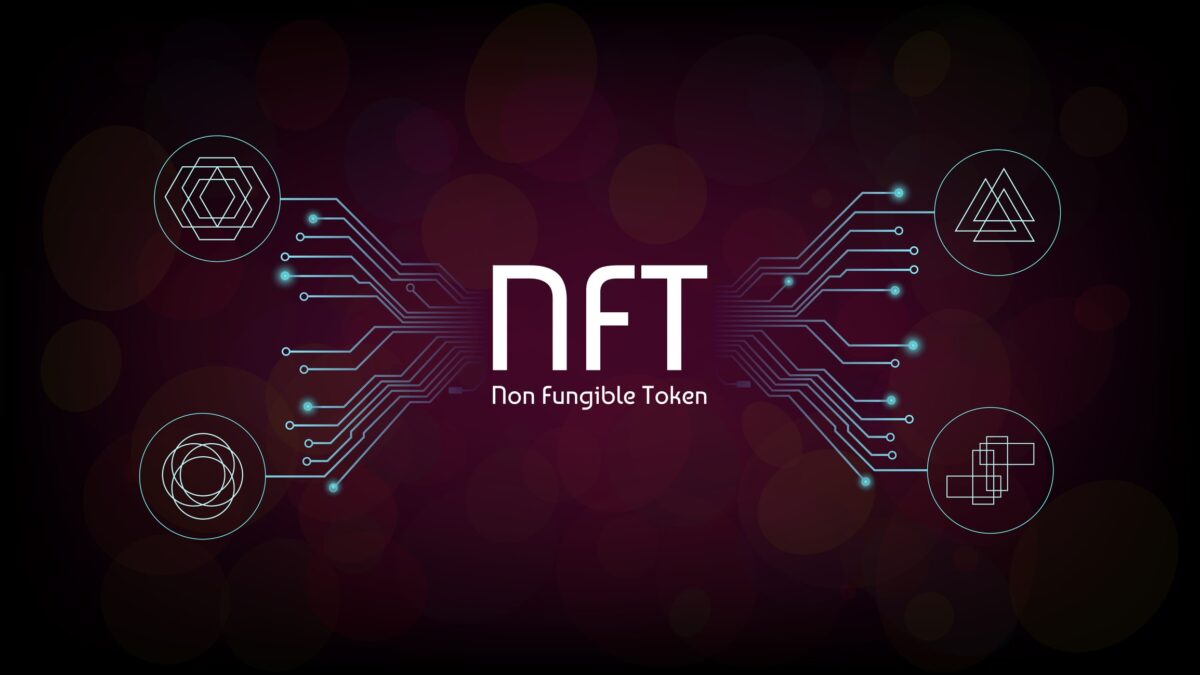 The NFT market most used by artists and collectors of digital art is mainly developed on the Ethereum blockchain which, due to the current price of its network fees, entails a high cost (up to USD 100) to mint a single non-fungible token.

The market for non-fungible tokens (NFT) has reached a great boom along with an ecosystem in constant evolution, but there are still several challenges to make its massive use and legal adoption a reality. This is what a ShapeShift report, published on May 28, 2021, addresses.

The report, Enter the Metaverse: Challenges and Opportunities in NFTs, was written by Kent Barton, who heads the research and development of cryptocurrency exchange ShapeShift. In it, he addresses the main challenges facing this market and the problems that make it inaccessible to many creators around the world.

One of the problems is its cost, which, due to economic inequality in the world, prevents many artists in disadvantaged countries from participating in the industry. The NFT market most used by artists and collectors of digital art is mainly developed on the Ethereum blockchain which, due to the current price of its network fees, entails a high cost (up to USD 100) to mint a single non-fungible token.

Some NFT markets, such as OpenSea, have adopted the strategy of paying the user for the cost of minting their non-fungible tokens. But maintaining these costs in the long term is a costly challenge, so sometimes these platforms make other types of charges, such as a commission at the time of sale.

Still, users are not running away from gas when they want to send their tokens over the Ethereum mainnet.

4 reasons why the NFT market “sucks”, even though it has raised millions of dollars

For Barton, non-fungible tokens “suck” today for four reasons. Besides being too expensive to create and transfer, he says that “it is a waste of time to find what you are looking for”; furthermore, they do not have a link to the real legal world of copyright ownership. Finally, add that you cannot share the NFT property with other people or entities.

He refers to a “waste of time” since he considers that it is difficult to find work to his liking, also due to the immensity of crypto artworks and NFT markets that have emerged. Which confuses artists, and other problems, such as duplicated works on different platforms. This goes against the essence of this type of token, which is created to guarantee or control their scarcity, that is, they are unique or limited.

On the other hand, there is legality. The current NFTs do not guarantee copyright ownership unless it is part of a prior agreement. An example of this is Charlie biting my finger, a video with millions of views sold as an NFT for $ 700,000. The previous agreement stated that the owner of the NFT has no use rights to the original video or image, only owns the non-fungible token, and can sell it.

Another problem that Barton points out is that the most widely used standards do not allow shared ownership, which closes many opportunities, especially for musicians. The document exemplifies that they could have sponsors and other investors involved who help to spread the tokenized works more widely.

Even with Barton’s remarks about NFT’s flaws, the commercialization figures show a high interest in tokenized digital art. In May 2021, the NFT market peaked at $ 100 million in a single day.

Another example is the Cryptopunks marketplace, which inspired the ERC-721 standard (the most used), and is today the third market with the highest volume, with total sales to date of 186 thousand ETH equivalent to USD 531 million. . In addition, two of the most expensive sales in the NFT market have been from Cryptopunks, exceeding $ 7 million each, according to information from DappRadar.

Scalability to reduce costs: one of the great challenges of NFT

Creating new blockchains for this specific market, although it offers higher performance in transactions due to its low use, usually comes with the cost of centralization.

This has happened in the case of Dapper Labs, one of the pioneers of NFT, creators of the blockchain game Cryptokitties. During the last market cycle, he created his own blockchain called Flow. Through Flow, NBA Top Shot was brought to life, one of the largest collectibles projects in the non-expendable token market with $ 582 million of historic market volume, according to DappRadar.

Flow has 350 nodes, and the platform maintains control over the supply of the token. This means that, for the moment, it is centralized. While it might not matter for NBA Top Shot collectors, this does matter for those seeking greater openness, market neutrality, and avoiding censorship.

The sidechains and centralization of security

Another solution has been the side chains, which are more integrated with the base chain. Among the most used sidechains in Ethereum, Polygon (previously called Matic) can be mentioned. This network works with proof of stake, is compatible with the Ethereum virtual machine, and can reduce costs for the minting and transferring NFT. However, they do not have the guarantees of the security of Ethereum.

According to its official portal, it has only 100 validators, which makes it a much more centralized blockchain than the native Ethereum layer. Even so, there are already games projects and NFT markets, such as Nanakusa, developed in this network.

Matic’s security does not inherit the security guarantees of Ethereum, it depends on its validators, and, according to the ShapeShift report, it is centralized, since 5 addresses contain 65% of the tokens created.

The rollups could end up with costly rates

The rollups, according to Ethereum.org, are characterized by executing transactions outside layer one inherited security properties. The ShapeShift report ranks rollups as one of the most decentralized second-layer solutions to congestion.

There are two types of rollups: the so-called zero-knowledge (ZK-Rollup), which executes off-chain transactions and sends proof of validity to the chain ( cryptographic proofs ). And, the so-called ‘optimistic rollups’, which assume that the transactions are valid by default and only run the calculation through a fraud test in case of inconvenience.

The ZK-rollups outstrip the optimistic speed validation. Optimists can take up to weeks while ZK-Rollups can perform up to 20,000 transactions per second. These options are useful for reducing or ending fees for users. In addition to having open participation, they have faster transactional performance.

An example of the rollup implementation to end the costs of NFTs is Immutable X, which, according to a post on its official Twitter, will end gas. In addition to having instant and non-custodial confirmations, it has the security of Ethereum, and its users can choose between Validium-zk proof and ZK-Rollup to keep their assets.

It is of little use to mint a non-fungible token for free or have free fees in a market with no customers. Or, it does not allow to transfer of the tokens created, received, or acquired to other wallets compatible with the Ethereum virtual machine (EVM).

The interoperability issue is still a challenge for most Dapps, as there is uncertainty between the ability of some second-layer solutions to transfer the NFTs to the Ethereum mainnet for greater security or to send them to other compatible markets. with Ethereum.

Those with full compatibility with the Ethereum Virtual Machine would not have major problems establishing bridges between the main network and other blockchains compatible with EVM.

It should be noted that even with the challenge of interoperability, some L2 markets have the potential to be so large and popular that their users rarely need to transfer them outside of these platforms.

The future of NFTs with fractional properties and joint ventures

In general, the ERC-721 standard has been implemented so far, which lacks the ability to allow multiple owners. But, the development and implementation of new standards can imply big changes in the NFT ecosystem, and the ERC-1633 standard comes to add these options.

The ERC-1633 blockchain standard was published in 2018. The so-called “tokens re-fungible” (RFT, English re-fungible tokens ) are compatible with previous ERC-20 and ERC-721, but with the possibility of adding the option of multiple owners, or co-investors, through fractional properties.

This feature can bring new opportunities to crypto art collectors and artists. Barton deduces that having multiple owners or investors involved in an NFT work adds greater opportunities for the distribution of an NFT work.

The legality of NFTs

Finally, another of the most important challenges for NFTs is the fact that they have no legal relationship with copyright ownership. Although smart contracts such as NFT can be used as a tool that provides important elements for certification, in practice, this depends on their institutional adoption.

NFTs are currently unrelated to major copyright institutions. None of these innovations can provide a bridge to the legal reality of this technology without its institutional adoption.

Although there are already projects that could give an overview of what is coming for non-fungible tokens shortly, they are still private initiatives that have a cost.

For example, a service offered by Cxip facilitates registering a work with the United States Copyright office. In addition to authenticating the NFT, it allows you to sell your work along with copyright, in any market.

Another attempt to certify copyright is the Italian Society of Authors and Publishers, which last March 2021, announced more than 4 million NFTs on the Algorand blockchain, to register the works of more than 95 thousand creators.

These implementations can bring greater legal certainty to NFT collectors in the future and expand the possibilities of its commercial utility.

Nowadays, everyone wats pieces of crypto-collectibles, and a US Space Force NFT will be issued on Solana Blockchain, named Neil Armstrong Sattelite NFT.

UNICEF to invest Ethereum in blockchain startups with Ethereum

UNICEF, announced that it will invest Ethereum (ETH), in seven blockchain startups from six countries.

Sorare NFT fantasy football world expands to new horizons. Now, the most important clubs will have their NFT cards on the platform, but the national teams are also joining. The first inclusion will be of the French National soccer team, the current world champion.