The main Bitcoin criticism after 13 Years of Whitepaper 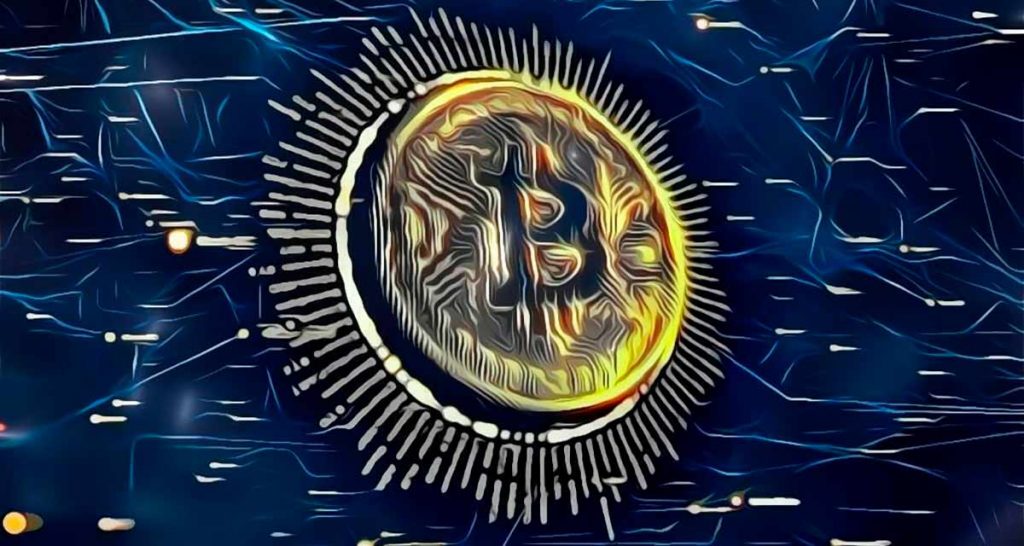 The Ethereum Hash Rate recovered from its drop in the middle of the year, breaking all records. Today, the price of ETH also marked a new all-time high of US$4,610.

Past Sunday, 31, 13 years passed since Satoshi Nakamoto presented the White Paper to the world. Due to its decentralized nature, anyone can propose changes that improve the project.

Among the most raised points in a discussion on Reddit is the skepticism of Bitcoin as a currency, are the negative issues concerning mining in its current form, and a lack of not being a 100% anonymous currency.

Bitcoin as a currency and the top three criticisms

Three problems are often cited for Bitcoin as a currency:

The first point, scalability, is also linked to Bitcoin as a payment system and caused one of the most significant divisions of Bitcoin in 2017, generating Bitcoin Cash, which was focused on increasing block sizes, so more transactions are allowed.

A publication on BitcoinTalk in 2017 by “MemoryDealers” criticized the “Full blocks and the high fees, and backlog that they create are destroying Bitcoin’s comparative advantage and driving people to use altcoins instead.“

Although Bitcoin has won the battle against Bitcoin Cash, in March 2017, Bitcoin’s dominance has dropped from 67% to 45.5% today. It peaked in early 2018 at just 32.5%, with high rates being a contributing factor.

In response, the lightning network appeared in its beta version in 2018. This second-tier solution allows transactions to be carried out cheaply and quickly. Its adoption has been gaining momentum in the last year, with the network surpassing 3,000 BTC in capacity.

One of Bitcoin’s most recent critics and who has plenty of baggage is Nassim Taleb, the writer of the books Black Swan and Risking Your Own Skin, highly regarded among economists despite his bad mood on Twitter.

Bitcoin’s volatility is due to its free-market; its price has no protection as a “circuit breaker” present in stock exchanges, for example. However, for Taleb, this volatility means that Bitcoin cannot be a currency.

The point Taleb wants to reach is using Bitcoin as a unit of account and, in other words, arriving at McDonald’s and the price of the Big Mac being fixed at 0.0001 BTC, which is still far from reality.

Although El Salvador has adopted Bitcoin as the legal currency in the country, even if you use BTC to make the payment, product prices are still set in dollars.

Despite this, as shown in the video above, where a person buys a snack paying with bitcoin, it is possible to use BTC as currency.

Suppose the trader wants to escape the volatility. In that case, he can convert his BTC for another asset instantly, at any time and day, using services offered by companies that already operate in this sector.

The controlled generation of new Bitcoin currencies is a point made by some economists who argue that people are less interested in circulating an asset that tends to appreciate, and they may be right.

As the Dollar, Euro, or any other fiat currency, is uncontrollably printed by the State, this currency loses its purchasing power over time. It’s the famous inflation.

Bitcoin, in its 13 years of theoretical and practical existence, is practically only appreciated. On February 9, 2011, the currency reached parity with the dollar, 1:1, and is now worth $60,500.00.

With this, people tend to want to use less BTC since the “trend is infinitely up,” known in the market as the pizza syndrome. As proof of this, Mark Cuban revealed that people prefer to pay with DOGE instead of BTC, because like Real, Doge only tends to lose purchasing power.

However, this is a psychological effect, and people are spending money the same way, money that can be used to buy BTC or go the other way around, pay in digital currency, and then buy back the amount used.

Finally, Bitcoin has a finite number of units, making it a great store of value, thus, making this currency much valuable as time passes.

Bitcoin mining is a problem, and will it end?

When talking about mining, three subjects are much discussed: the professionalization of the activity, energy consumption, and the drop in rewards.

How many people do you know have mined Ethereum? And Bitcoin? The appreciation of bitcoin started with the introduction of ASICs in 2013, with which mining began to become a professional business.

Although there are miners listed on the exchange that mine ETH and BTC, it is much easier to find a video card for sale anywhere in the world than an ASIC to mine bitcoin.

Even before ASICs, Satoshi himself was concerned about this issue when Laszlo presented his work, allowing mining to be done by GPUs, previously mining was only by CPU.

This point is tricky; although Bitcoin’s hashrate dropped sharply after China’s banishment, it quickly rebounded as miners migrated to other countries like the US and Kazakhstan.

Despite this, home mining for everyone, as pointed out by Satoshi, could help adopt the currency with users having a first contact through mining and strengthening the decentralization of this computational power.

So far, there is no plan to stop ASICs, as many other blockchains that claim to be anti-ASICs are not as effective.

An example is Monero (XMR), whose hashrate dropped 80% after a hard fork in 2018 that barred ASICs (which in theory were already locked). That is, maybe the attempt to stop ASICs in Bitcoin would turn out to be just false security.

Does cryptocurrency mining cause pollution?

This issue exploded in the media and social media after Elon Musk bought and accepted BTC through Tesla.

As the company speaks out in favor of the environment and pressures governments to stop the production of combustion cars, it has been much criticized because Bitcoin mining consumes more energy than many countries.

Although Tesla stopped accepting Bitcoin in its car sales, the discussion continued.

Some, like Vitalik Buterin, believe Bitcoin should adopt Proof-of-Stake (PoS) just as Ethereum is planning to do. Others argue that it should focus on the pursuit of clean energy, such as geothermal energy in the case of El Salvador and nuclear power in the US. However, it is worth remembering that many countries still use coal to generate energy.

Australia is proposing a 10% discount for miners who use renewable energy sources. Ultimately, this ecological pressure on Bitcoin may be helping the world to change.

The market must monitor reward drops

As bitcoin halvings cut the block reward in half, its hashrate tends to decrease as miners don’t have as much incentive, or even losses, to engage in the activity.

The price of BTC itself is its guarantee of security, as rates tend to be increasingly lower due to second-tier solutions such as the lightning network.

Although mining equipment shows improvements in the efficiency/consumption ratio, we may see a lower decentralized hashrate if the price does not reversely follow its halvings.

As it is pseudo-anonymous, Bitcoin’s fungibility is still tiny when compared to other more anonymous currencies. Here we fight for priorities, and Bitcoin can be used as protection against the government in at least two points: economic and anti-censorship.

In several countries, Privacy-focused cryptocurrencies were quickly banned, such as the US, which would not be suitable for Bitcoin financially, with fewer people buying it to escape inflation and its adoption.

However, not being completely anonymous allows companies and governments to monitor people’s transactions. This sector is so hot that Mastercard has acquired a transaction analysis company, CipherTrace.

Andreas Antonopoulos also explains the dangers of Bitcoin transactions not being completely anonymous, exemplifying that exchanges can freeze your balance if they link these currencies to some crime. However, in the same video, Andreas explains that solutions are being created for Bitcoin to achieve greater privacy.

Speaking of governments, it’s also worth noting a certain degree of dependence on Bitcoin.

Although it was created and maintained until today without the permission of any government, its price still fluctuates a lot with talks from China and the USA, the two most significant powers, concerning bans or not.

The case of El Salvador is different because of the forced adoption in the country, which helped a widespread awareness that Bitcoin is better than the dollar.

Constructive debates are critical, and the Whitepaper reminds us of this

Finally, I remember a debate between Nouriel Roubini, economist critical of Bitcoin, and Arthur Hayes, former CEO of the brokerage BitMEX. He reached out to Twitter and involved CZ, CEO of Binance, who countered Roubini.

Discussions about Bitcoin are great for your development and should be done, as this is its strong point.

Despite this, it is worth remembering that many of these critics, like Roubini, are not interested in improving or even understanding Bitcoin and the services that surround it. That is, many of these groups do not add anything.

And this goes for other more shallow critics like Jamie Dimon, who, while saying that bitcoin is worthless, doesn’t even know how Bitcoin math limits it to the maximum number of 21 million coins issued in the market.