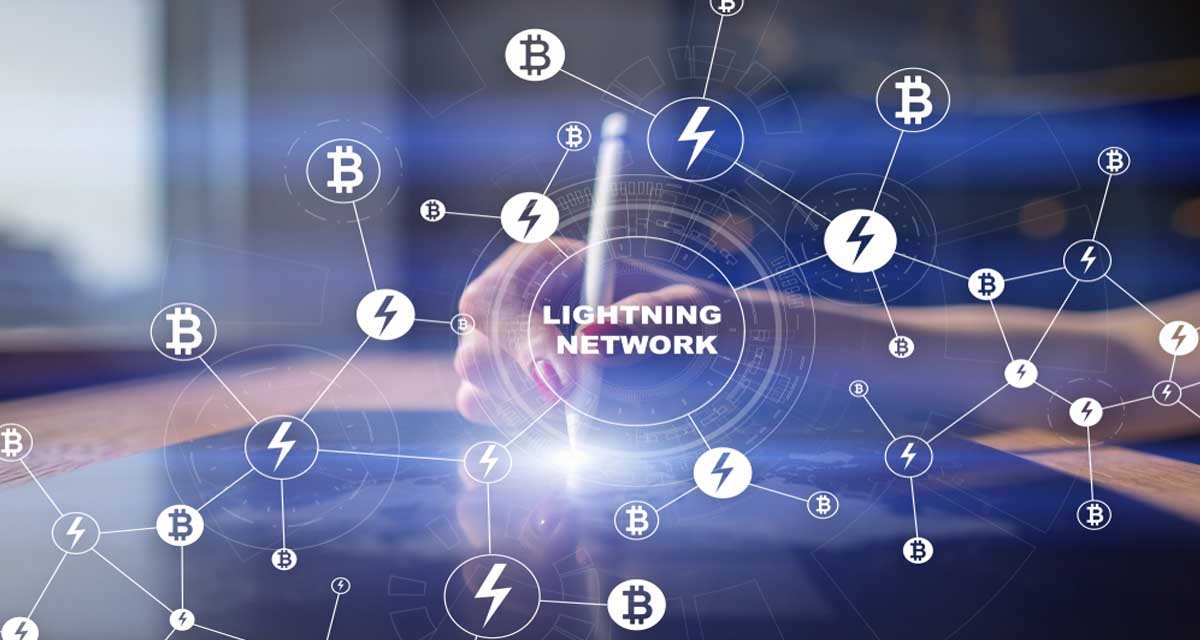 Lightning Network already has more than 50,000 payment channels and 1,540 circulating bitcoins on the network. The Nodes with open payment channels are also at an all-time high and continues to grow in use and value. The Zebedee payment platform reported a remarkable volume of transactions only during the Magic Internet MintGox Esports Arena

Bitcoin’s Lightning payment channel network continues to grow at a steady pace. Currently, both the number of open channels and the routing capacity of bitcoins (BTC) on the network are at all-time highs.

For the first time in history, there are more than 1,542 bitcoins on the Lightning network, distributed in 50,347 payment channels, with increases of 15% and 10%, respectively, in the last 30 days, according to data from 1ml.com. For its part, txstats.info shows very close figures, with more than 52,000 channels and 1,556 BTC of total capacity on the network.

This last source, a Coin Metrics, and BitMEX Research product, shows in a graph how the network has grown. In the last six months, around 500 BTC have been added to Lightning, which would represent about a 50% increase. The number of open channels has increased by about 15,000 in that period.

For many, the Lightning network is a fundamental part of the future of Bitcoin. With this scalability solution, you can trade bitcoin almost instantly. Lightning opens a world of possibilities for microtransactions equivalent to a few cents on the dollar, sending a few satoshis (or sats, the minimum unit in which a bitcoin is divided) paying very little in commissions.

The growth of the Lightning network is also manifested in other data available on 1ml.com. According to the source, there are already more than 12,000 nodes with active channels, which represents an increase of about 2,000 nodes since April.

The greater robustness of the Lightning network is manifested in the more than 21,000 total nodes that compose it, in addition to the fact that the main statistics are constantly growing.

Capacity measurements on the Lightning network take into account information from public channels. The numbers associated with private channels are unknown. Some believe that the latter could have an important part of the network.

One of the advantages of using Lightning is that it allows transaction processing without the confirmations from the main Bitcoin network. Each transaction executed on the second layer network is not included in a Bitcoin block, does not generate commissions to the miners, or increases the use of the main network.

READ more:  A trader states that Ethereum will reach US$10,000 this year

With Lightning, thousands of transactions can be sent almost instantaneously, at a low cost and without congesting the flow of the network. All this, while still users could be sending and receiving their bitcoins fractions.

The efficiency of the use of this network is shown in a series of statistics published a couple of weeks ago by Acinq, a company dedicated to the development of products on Bitcoin in charge of the Eclair and Phoenix wallets.

Let’s keep in mind that each payment channel only requires two transactions in the chain: one to open and one to close. The most used channel in Acinq’s history processed 17,108 transactions before closing it. Another channel, the second most used, had processed more than 16,500 transactions and was open at the time of Acinq’s publication.

Along with the increase in the capacity of bitcoins that move on the network, Lightning has been gaining ground among users.

One of the companies most involved in developing and advancing the payment channel network, Lightning Labs, compiles a series of statistics showing users’ interest in transactions on the lightning network.

Within this panorama, video games with rewards in sats stand out. The Zebedee payment platform reported a remarkable volume of transactions only during the Magic Internet MintGox Esports Arena, a gaming event that took place the weekend of the Bitcoin Conference, in Miami, a couple of weeks ago.

The company executed more than 35,000 transactions during the event, routing close to 1 bitcoin between SaruTobi, CS: GO, BTC Rally games, and others. At the same time, Lightning paid video game developer ThndrGames reported more than 13,500 withdrawals of satoshis from its games.

The exchanges of bitcoin and other cryptocurrencies have been gradually incorporating deposits and withdrawals with Lightning. This helps to decongest the network, at the same time lowers costs for users.

Among those exchanges that added support to the network of payment channels, Bitfinex stands out, one of the most important exchange sites in the world. Paolo Ardoino, CTO of the exchange, shared this Tuesday, June 15 some data revealing increased volumes in Bitfinex Lightning.

In just 24 hours, more than 1,000 deposits and another 100 withdrawals were made using Lightning , for a total of almost 14 bitcoins processed in this way. If we take into account that Ardoino himself had reported some 10,000 Lightning transactions in 30 days last month, it is striking that more than 10% of that figure has been executed in a single day.

The increased use of Lightning contrasts with a slump in activity on the mainnet, which is processing as low a level of daily transactions as it was during the 2018 bear market.

Use Case for Bitcoin Lightning in El Salvador

Bitcoin-focused analysts see Lightning with a clear use case in the new hot country among bitcoiners: El Salvador. Last week, the Central American nation became the first in the world to declare cryptocurrency as legal tender, after the approval of the Bitcoin Law in the Salvadoran Assembly.

As this media outlined yesterday, Wednesday June 16, Salvadorans increasingly use BTC as a vehicle for sending remittances from outside the country, according to a report published by Reuters. Even before the approval of BTC as legal money in its territory, remittances with BTC quadrupled between May 2020 and 2021.

Precisely, remittances seem to be one of the main use cases of bitcoin for Salvadorans. In the opinion of analysts at Coin Metrics , “El Salvador’s remittance process can be drastically improved” with the use of bitcoin in general and Lightning in particular.

The country already has a strong presence of applications such as Strike, which played a very important role in the approval of bitcoin as legal tender; and projects like Bitcoin Beach, which use the network of payment channels as part of a circular economy focused on cryptocurrency.

The Bitcoin Beach Lightning wallet is among the most downloaded applications in the country, behind the exchange Binance and Strike. Nicolas Burtey, the co-founder of Galoy, the company behind the wallet, reported processing more than 7,000 transactions in one day just over a week ago.

For its part, Bitrefill has also seen high activity rates from its users in El Salvador. The application that offers the purchase of gift cards to pay with bitcoin and other cryptocurrencies received close to 10,000 Lightning transactions from the Central American country in one day, coinciding with the Bitcoin Law.

[…] documentation of the Bitcoin Lightning network would establish the creation of a standard known as Lightning Network Enhancement Proposals (LIP), similar to the one already used in Bitcoin under the acronym BIP […]